Focus On: where to watch Cirl Bunting 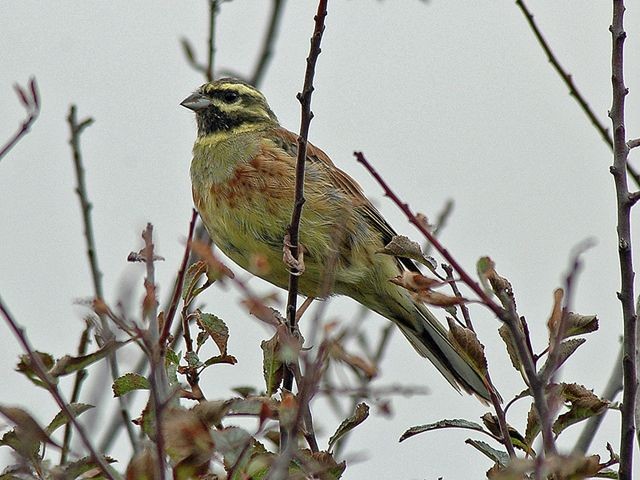 The attractive Cirl Bunting can be found throughout much of Europe, with a population estimated at between 2-5.2 million pairs: 95% of the range in southern Europe, primarily the Mediterranean basin. It is thought that England was first colonised in the 18th Century, but within the space of 100 years the range extended across much of southern England to the extent that in some areas they were considered to be more abundant than Yellowhammers. By the mid-1930s they were breeding in north Wales and bred as far north as Cumbria.

Changes in agricultural practices brought about a significant, and rapid, decline in the second part of the 20th Century. This decline gathered pace during the 1960s and continued to the extent that just a 118 pairs were present in 1989. At this low point in the species' fortunes birds remained in just three counties and 96% of the population was in south Devon.

Thanks to concerted efforts of the RSPB, and local farmers, using agri-environment schemes such as Countryside Stewardship to provide essential habitat such as barley stubbles, the population now numbers around 700 pairs (find out more about this success story here). 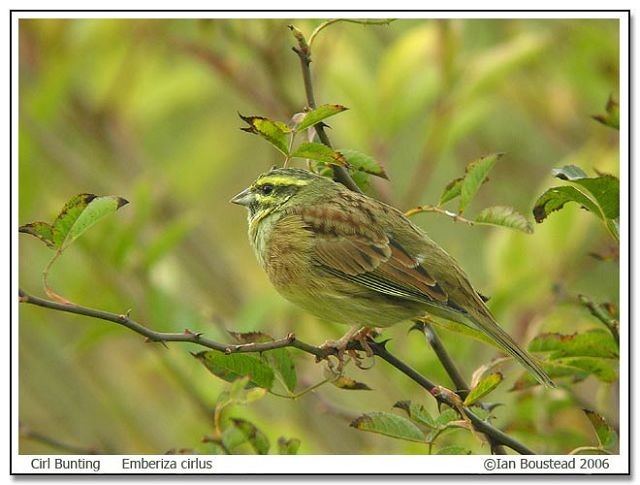 However the population is precariously confined to a coastal strip of land between Plymouth and Exeter in south Devon and, while numbers have increased, there is little sign of any range expansion. There is now a re-introduction project underway in Cornwall, where 70 birds were released last year (more details here).

The recovery of the population is a success story and a tribute to the efforts of farmers, but there are still threats to some birds from built development including housing and roads. The RSPB continues to work with farmers, and with developers to safeguard the population.

The Cirl Bunting Project is part of Action for Birds in England, a conservation partnership between Natural England and the RSPB.

What follows is a guide for where to see this attractive bunting at some of the better sites in Devon.

One of the better known sites for Cirl Buntings, at Prawle they can be seen throughout the year.

From the National Trust car park at SX774355 take the coast path to the east and Cirl Buntings may be seen anywhere along this stretch of coastline as far as Horseley Cove. Good flocks of up to 30 can be seen in winter and singing males are usually conspicuous in the summer months by their rattling songs. A good circular walk of approximately two miles is possible by taking the coast path east as far as Horseley Cove and then cutting up the steep valley west and back along the road to the car park.

The best time to see Cirl Buntings at Broadsands is between October to April.

Park in the pay and display car park (half of this is closed for parking in winter) at SX896572. Birds favour the hedgerows adjacent to the most northerly car park. On calm sunny days in winter, the buntings may even be heard singing from the car park itself and may also be present to the east around Elberry Cove. This site is suitable for wheelchair access

Another site at which birds can be seen throughout the year.

From the car park at SX926684, take the footpath north along the coast. Singing birds may be found along the extensive network of hedgerows in spring, whilst in winter, flocks of up to 20 birds can often be seen in the Torbay coast and Countryside Trust managed stubble with other finches and buntings.

The best time at this site is from October to April.

Cirl Buntings can often be seen perched in tress and bushes adjacent to the common, immediately west of the car park at SX940562. They can also be encountered feeding in the rough grassland along the cliff top path to the north-east.

A well known site for Cirl Buntings, but they can be quite difficult to see here. The best time for a visit is from mid-April to mid-August.

From the car park at SX519484 the footpath through the valley taking you north to the village of Wembury can be good for singing birds. The coastal footpath heading west towards Heybrook Bay can also hold Cirl Bunting territories. It is worth spending time scanning for birds in the nearby fields and hedgerows. 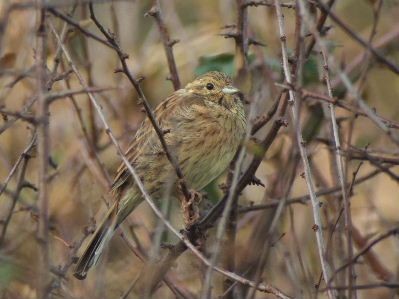 The best time to visit this site is from mid-April to mid-August. Cirl Buntings are uncommon at this site, but have been recorded just north of the car park at SX492523. The coast path to the south, towards Staddon Heights is also worth a look.

The best time is from mid-April to mid-August.

From the car park at SX557465 take the track south towards the coast. Cirl Buntings may be found anywhere along the coastal path. They often sing from the gorse slopes below the path.

Any sightings from either Wembury or Jennycliff are of particular interest to the RSPB. Please e-mail sightings direct to Katherine Land or Kevin Rylands.

Please take the utmost care not to disturb Cirl Buntings at any of the sites mentioned, both during, and outside of, the breeding season (Cirl Buntings are protected under Schedule 1 of the Wildlife and Countryside Act 1981). Please always keep to footpaths or public access areas. Please mention watching Cirl Buntings, and other wildlife, as a reason for your visit if staying locally or using cafes, pubs etc.

To find out more about the work of the RSPB, or if you wish to join, please click here.
Written by: Russell Slack and Kevin Rylands