Focus On: how to report colour-ringed Waxwings – and an old friend returns

The UK is currently experiencing its largest Waxwing invasion in three winters, with birds being reported up and down the country throughout November and December 2016.

We have colour ringed over 300 birds in and around Aberdeenshire so far this winter, including 140 in Ballater. We would be very grateful for any reports of these birds so please check all Waxwings (and your photographs!) and report them to our blog (grampianringing.blogspot.com) or to Raymond Duncan via email.

We were delighted to hear from Shetland birder and photographer Hugh Harrop recently about a returning Waxwing we had colour-ringed in a previous invasion. 'NW49165', bearing red over white colour rings on its right leg and metal over red colour ring on its left leg (see photo), was ringed as an adult male on 3 December 2013 in Burnett Place, Aberdeen. Hugh had it in his garden at Hillwell, Shetland on 12 November 2016. As you can imagine, it was very interesting to hear that this bird had returned to the UK again, three winters later! 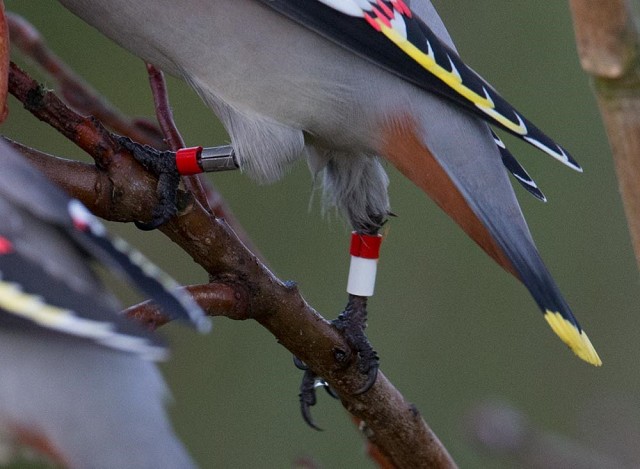 We get a lot of resightings of colour-ringed birds throughout the winter of an invasion (mainly in the UK) but this is only our eighth ringed bird recorded returning to the UK in a subsequent invasion, out of the several thousand we have ringed over the years.

As an added bonus, this Waxwing had a little bit of history during its visit in 2013/14. It was resighted in Aberdeen at the end of December 2013 before making a trip across the North Sea — towards the end of February 2014, it was seen at Hilversum in The Netherlands! 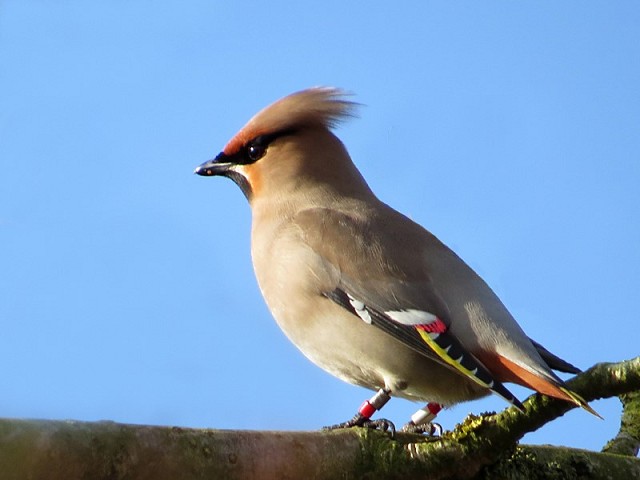 Results from Waxwing ringing in previous winters can be found on our blog, the BTO Online ringing reports or (specifically ringing in Ballater in 2010) a PDF summary can be emailed.

Have a very Merry Christmas and great New Year from the Grampian Ringing Group — hopefully there'll be plenty of Waxwings for you all to watch and enjoy!