A busy and characterful warbler, mid-way between a Phylloscopus and an Acrocephalus in jizz, Booted Warbler has become an autumn staple for birders, with most recent years clocking up a small handful of records. In fact 2013, the most prodigious year to date, broke the double-figure barrier with 11 birds. This subtly pert warbler hails from breeding grounds on open land from Finland across western and central Russia and Kazakhstan to the north-western reaches of China and Mongolia, with the entire population funnelling down to India and Sri Lanka for the winter. With structural features such as a square tail and hefty, strongly curled claws in common with species like Icterine and Olive-tree Warblers, it long formed part of the genus Hippolais but was rehomed under Iduna in 2009.

Booted Warbler made a pretty orthodox entrance onto the British list when one was shot on Fair Isle in 1936. It was not until some 30 years later that the second occurred, on the very same legendary island, but Britain's third was just around the corner, arriving on St Agnes, Isles of Scilly, later that autumn. After a further wait of nine years, one found on the Isle of May, Fife, kick-started a near-continuous run of autumn records. Any birder hoping to find or twitch a Booted Warbler in Britain is now in with a good shout on the east coast and Northern Isles between mid-August and the end of October, especially following an easterly airflow, although the best opportunities are in September. Particular islands and stretches of coastline have gained repute for their draw to Booted Warbler, such as Shetland as well as the Yorkshire and Norfolk coastlines, but grilling low vegetation on any island or suitable coastal location could help plug the gaps in historical occurrence. Scilly is another hot-spot worth bearing in mind as the species has continued to crop up there on a regular basis over the years, aided by the archipelago's isolation and perhaps the 'Heligoland trap effect' of the tapering shape of mainland Britain channelling vagrants towards Scilly. 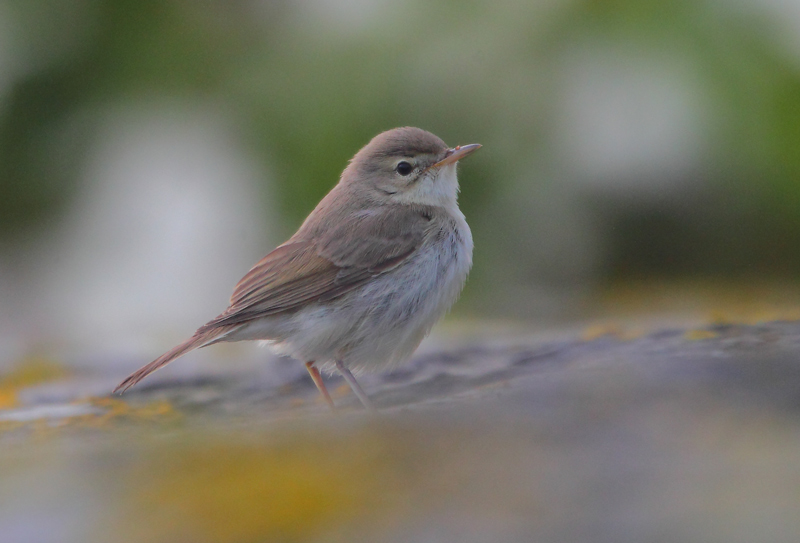 Working a promising coastline and glimpsing a potential Booted Warbler is likely to be an experience initially as beleaguering as enrapturing. Fortune being in one's favour the bird won't go to ground, allowing its identification to be worked through step by step. Before anything else, the genus must be ascertained, something which will be at least in part betrayed by the structure and jizz of the bird being intermediate between an Acrocephalus and a Phylloscopus. Most Idunas share a rather peculiar jizz. While they have a square tail, short undertail coverts and habit of often venturing into the open like a Common Chiffchaff, they bear a strong, spiky bill and rather ponderous gait in low vegetation more akin to a Reed Warbler. However, unlike Acrocephalus warblers, the bill is distinctly broad based. A front-heavy impression in comparison to 'Acros' is enhanced by the comparatively modest undertail coverts. It is crucial to pay close attention to these characteristics as, while few 'Acros' closely resemble Booted, the face pattern of Paddyfield Warbler could fool the unwary and the same is true to some extent of Blyth's Reed Warbler, which can also share similar plumage tones. The warblers that remained in the genus Hippolais should not cause any trouble, as they are distinctly larger and differ considerably in plumage, while sharing the broad bill base, foot structure and square tail. 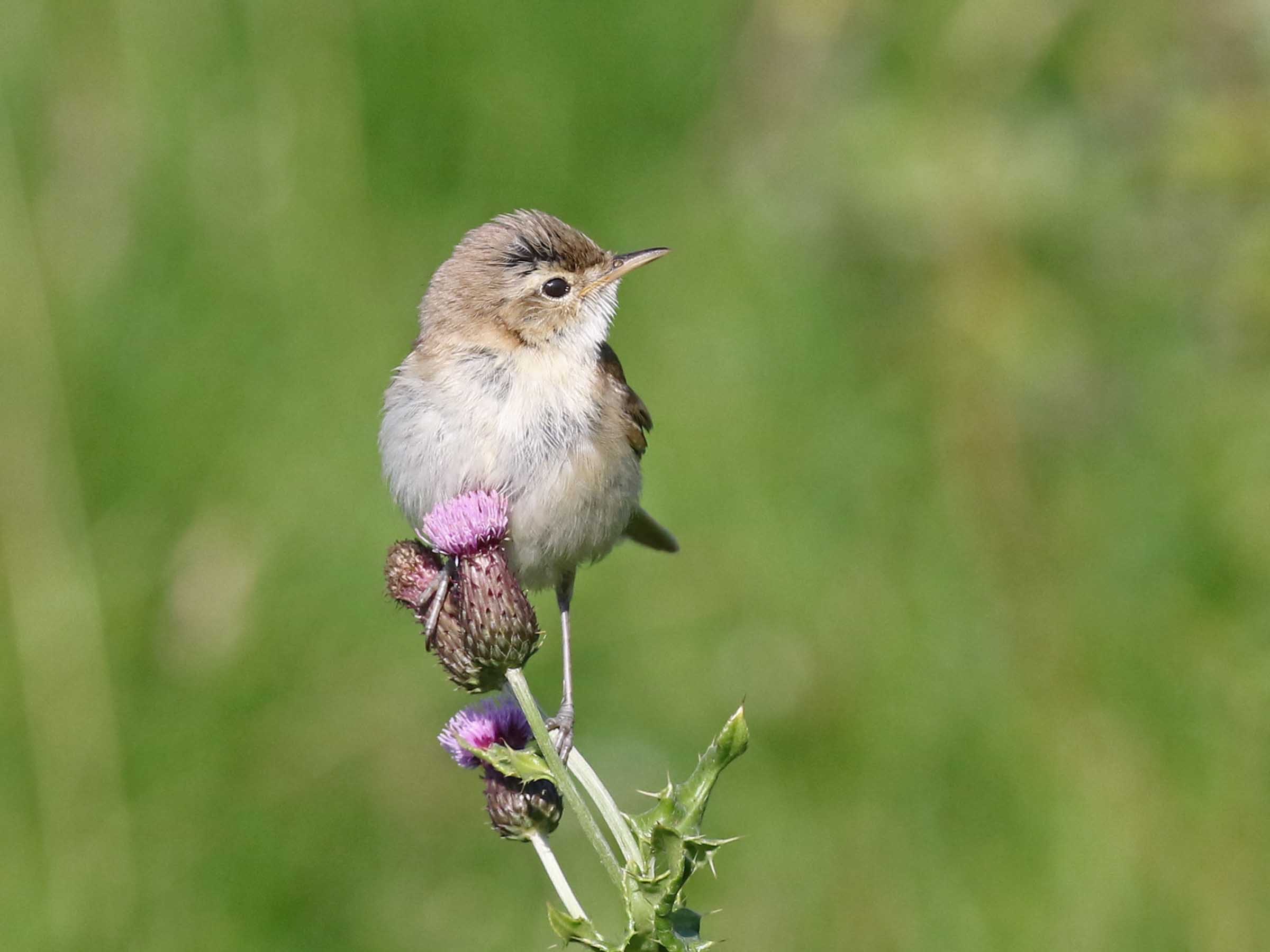 At this point there are only really two species on the British list that will need serious elimination: Eastern Olivaceous Warbler and Sykes's Warbler. The former is a bigger bird showing a bill that is both longer and narrower than Booted with an unmarked tip to the lower mandible. The longer primary projection, equal to about half the length of the tertials, should be clear, as well as being greyer overall with a supercilium that does not extend behind the eye, while the species frequently exhibits a pale wing panel created by pale fringes to the secondaries and tertials. In common with Sykes's, Eastern Olivaceous lacks the dark lateral crown stripe that sometimes appears to form an upper border to the supercillium in Booted. 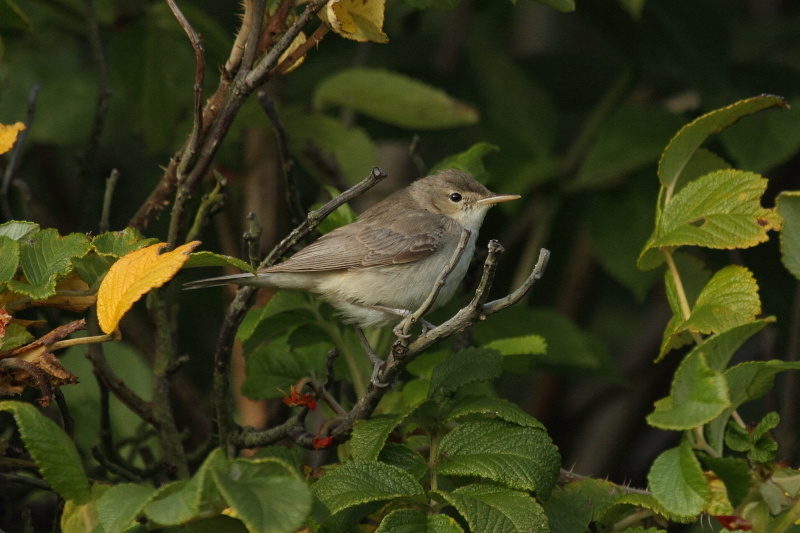 Good views and lengthy observation can be necessary to eliminate the possibility of Eastern Olivaceous Warbler, but the separation of Sykes's and Booted Warblers is a perennial source of bewilderment. In fact, the identification of a bird trapped and ringed as a Sykes's on Shetland in 2014 was later revised to Booted, and this was certainly not the first time such confusion has reigned. Fortunately for birders, it is said that the two are easiest to diagnose in the field. There are just 18 British records of Sykes's Warbler, along with one in Ireland, and all have so far turned up between mid-August and early October; the breeding grounds stretch from the Lower Volga to China and Pakistan, and the wintering grounds largely overlap with Booted. 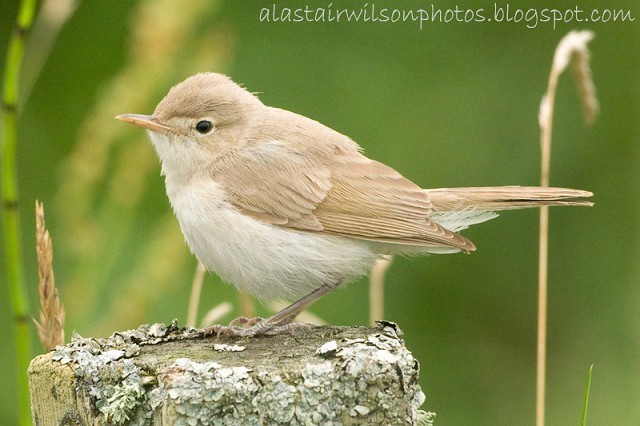 The facial expression of a Sykes's Warbler tends to be a little softer, owing to the supercillium which is feeble at best behind the eye and the aforementioned lack of any trace of a lateral crown stripe. The bill is longer than in most Booted Warblers and lacks that species' tendency for a bold dark tip on the lower mandible, while Sykes's is lighter and colder in coloration without the contrast between the darker centres and paler fringes to the tertials, and sullied flanks, that Booted exhibits. It will be harder to assess such details in the tail pattern, but Sykes's shows more distinct white tips to the outer tail feathers than Booted (while the white in Eastern Olivaceous is bolder still); it may be of more practical use to note the tail length, Booted's being shorter. Should reassurance be needed, or the bird be a skulker, the bird's call will help (if it obliges vocally): Booted utters a drawn-out note in comparison to the abrupt Lesser Whitethroat-like tack of Sykes's. Of course, the name of Booted does carry a clue, with the toes often being contrastingly darker than in Sykes's.

The prospect of finding and identifying a Booted Warbler or, for the daring, a Sykes's, presents a challenge well worth adopting this autumn. Booted has gained a status as a regular, somewhat predictable vagrant while remaining a prized and popular rarity which never fails to draw a crowd. Its identification is a convoluted process at first glance but easily workable and rather satisfying to see through with a co-operative bird. The first of 2016 arrived on Shetland on 22 August and was followed by another in Cornwall the following day. Who knows how many more will be unearthed? 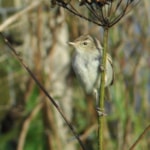 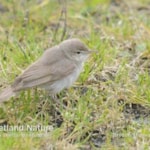