Migratory birds make mistakes in terms of direction, but not distance. These are the findings of a team of ornithologists and ecologists from the University of Marburg, the Ornithological Society in Bavaria and the Helmholtz Centre for Environmental Research (UFZ), writing in the Journal of Ornithology. The scientists assessed several thousand reports of Asian birds from the leaf-warbler and thrush families that had strayed to Europe. They discovered that the distance between the breeding grounds in northern Siberia and the wintering sites in southern Asia was often similar to the distance between the breeding grounds and Europe. The more similar the distances and the more numerous a particular species, the higher the probability of this species of bird straying to Europe. 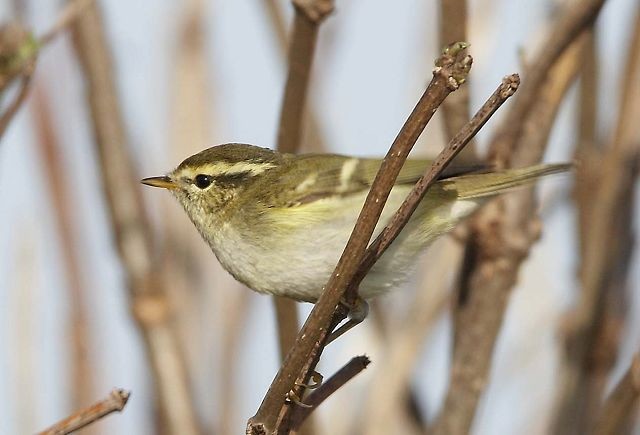 The birds' body size is not a factor. For a long time, people suspected that the vagrants had been blown off course by the weather. The new findings, however, support the hypothesis that the vagrant birds end up in the wrong wintering areas as a result of an error in their migratory programme. Since many questions still remain unanswered regarding the spread of the bird-flu virus H5N1, there is increasing interest in research into bird migration. Experts believe, however, that it is unlikely that the virus is spread via migratory birds and suspect that it is spread through the international trade in poultry products. In any case, vagrants pose the lowest risk.

In the course of their research into vagrants in Europe, the scientists evaluated the body mass, wingspan, size of breeding area, distance between the breeding area and the wintering area and the distance between the breeding area and Central Europe for 38 species of migratory birds. Their source was the list of confirmed sightings in the Handbuch der Vögel Mitteleuropas (handbook of birds of Central Europe) from the start of ornithological records to the early 1990s. Eight species from the leaf-warbler family and six from the thrush family caught the scientists' attention as vagrants. One species that was spotted particularly often was the Yellow-browed Warbler, which was reported by voluntary ornithologists in Central Europe around a thousand times between 1836 and 1991. This species breeds in the Siberian taiga south of the Arctic Circle and overwinters in the subtropics and tropics of Southeast Asia. The other Asian leaf-warbler species were observed much less frequently, if at all, in Central Europe. By contrast, five thrush species were reported nearly 100 times. If vagrants were brought by the weather, smaller birds should be blown off course more frequently than larger ones. However, using statistical analyses, the researchers were unable to find any correlation between the frequency of vagrants and their body size. In addition, the Yellow-browed Warbler occurs far too regularly for every sighting in Central Europe to be explained by 'unusual' weather conditions during migration. 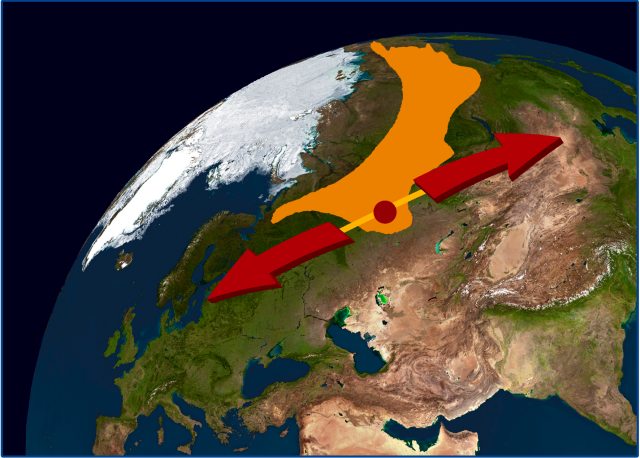 The species most likely to land in Europe are the ones that are widespread in Asia and are as common there as their relatives the Chiffchaff and Willow Warbler are in Central Europe. "The more numerous a species is, the greater the probability that one of them will be 'wrongly programmed' and go astray," explains Dr Jutta Stadler of the Helmholtz Centre for Environmental Research (UFZ) in Halle/Saale. "They fly the same distance but in the opposite direction, which takes them to Europe. This is why we have relatively large numbers of vagrants from Asia here."

The scientists suspect the cause is an error in the genetic migratory programme. The flight direction and flight duration are passed on from one generation to the next. This means that migration is the result of a genetic programme, through which bird populations have adjusted to environmental conditions. However, migratory birds can adapt to changes in environmental conditions over just a few generations. Their genes are responsible for the migratory restlessness that drives most of them thousands of kilometres to their winter quarters. Nevertheless, for a long time people were puzzled as to why individual birds of certain species repeatedly went astray. "In these cases, errors have simply occurred in their genetic programming that, if you like, make the birds turn right instead of left. The vagrants can be compared to people who drive the wrong way down the motorway - they fly the wrong way down the intercontinental migration flyway," says Robert Pfeifer, General Secretary of the Ornithological Society in Bavaria. "One can assume that for the majority of these birds, it is a one-way trip. Although there are indications that individual birds do attempt to overwinter in Southern Europe, none of them are likely to make the return journey to Asia. There have been no cases of ringed birds being found again that could provide information about what happens to them." The new research findings also now explain why the only vagrants to have been seen by bird-spotters in Central Europe are long-distance migratory birds from Far East Asia. The genetically programmed journey for short-distance migratory birds from Asia would end somewhere in the west of northern Asia.