The status of Dark-breasted Barn Owls in the UK took an interesting twist recently. Whilst carrying out routine ringing of Barn Owl boxes in East Anglia, Colin Shawyer, of the Wildlife Conservation Partnership, caught a remarkably dark female which was already ringed. Amazingly this turned out to be a Dutch ring, and even more surprising was that this bird was incubating three eggs. The bird was originally ringed (with ring 5377733) on 4th June 2007 as one of six chicks in a nest at Bingerden, near Doesburg, Overijssel, Netherlands. 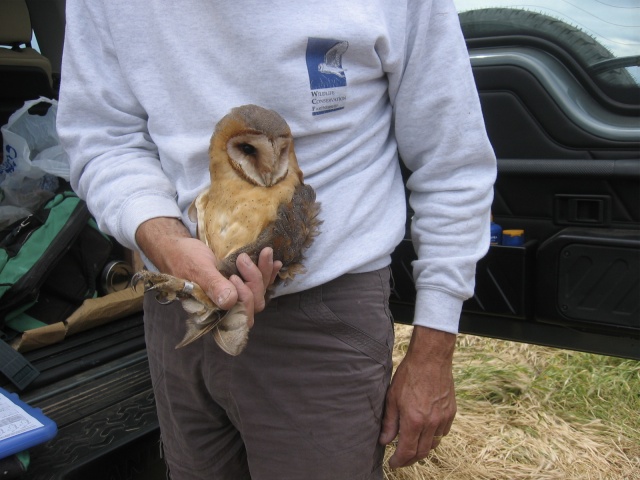 The only other foreign Barn Owl movements recorded by the BTO are birds from Denmark, Germany (five records), Netherlands (seven records) and Belgium (two records), and BTO-ringed birds have been found in Germany, Belgium and France. 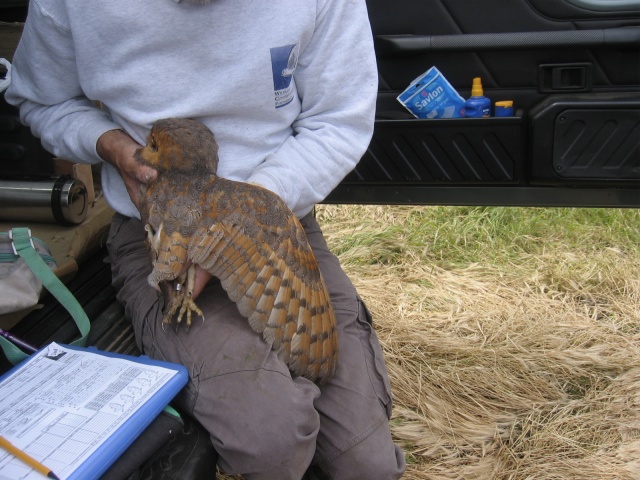 Strangely there is also a record of a BTO-ringed bird found in Afghanistan in 2006! However, as this was found at an RAF base and ringed near an RAF base in Oxfordshire, it had presumably just hitched a lift on a transport plane.

If you find a ring, or see a colour ringed bird, then you can report it online at www.ring.ac.