March is prime time to go looking for Lesser Spotted Woodpecker. At this time of year, with no leaves on the trees, the species is both audible and visible – something they very rarely are during the rest of the year. Several factors render finding 'Lesser Spots' challenging: for starters they are generally elusive birds, they have declined massively in most areas and also have huge (hundreds of hectares) ranges outside the breeding season. This generally shrinks at this time of year, though, as they settle down to breed, but by mid-April birds that were previously straightforward to see can seemingly vanish. 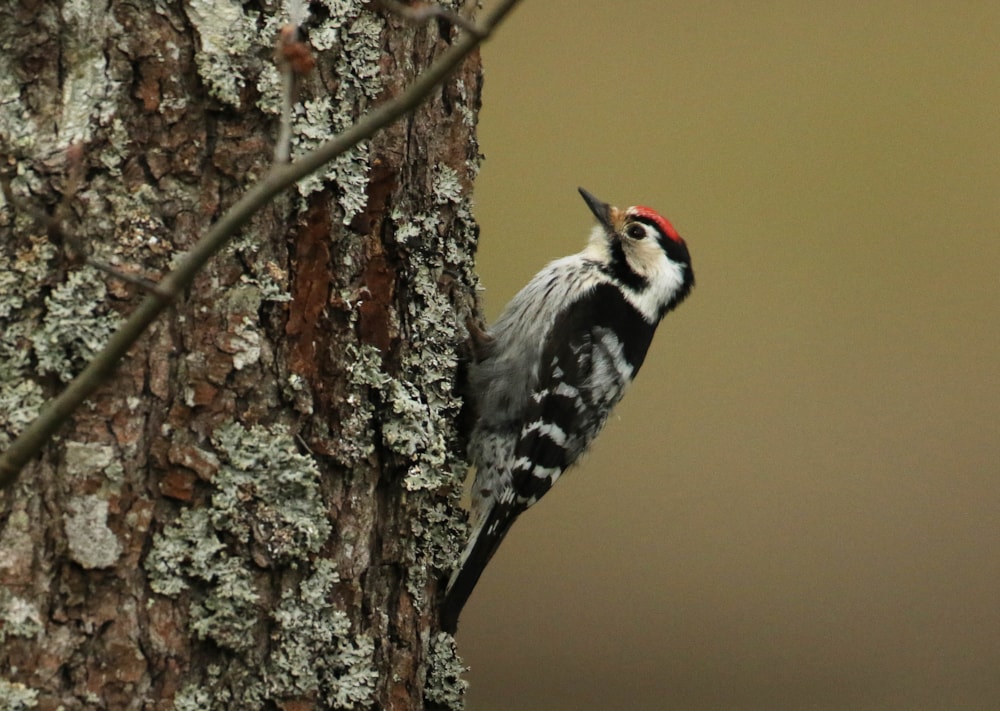 The Woodpecker Network (TWN) and specifically their Lesser Spotted Woodpecker Network (LSWN) – supported by the UK Rare Breeding Birds Panel (RBBP) – has been running since 2015 with the project currently focused on understanding Lesser Spotted Woodpecker. LSWN offers support to volunteer birdwatchers nationally to find and monitor nests systematically, and to pool the results. Ken Smith, co-ordinator of TWN, told BirdGuides: "Over the last four years volunteers have reported many new Lesser Spotted Woodpecker sites and have found 45 nests. We've been able to collect monitoring data from 39 of these nests, giving us insights for Lesser Spot conservation. The number of young fledging per nest does appear to be low but we still need to understand why. So, news of any 2019 nests will be very valuable."

Pretty much any woodland can hold the species – from relatively open parkland to extensive woodland – but generally areas with high levels of dead wood or woods associated with wetlands are the most productive. Within these areas, they are often found on the edges and not the deepest parts of the woodland. Lesser Spots tend to be quite faithful to a site for many years, but they can move around within these ranges quite a lot. So, it's worth visiting areas the species was once known to frequent, even if it hasn't been seen there for some time.

Early mornings are, unsurprisingly, best, with drumming and vocalisations more often than not at their peak at this time. Getting your ear around Lesser Spot drumming is very useful – it's softer and flatter than Great Spotted Woodpecker and also lacks a a flourish at the end, but does have a more intense, 'machine gun' quality with shorter intervals. Plenty of excellent recordings can be studied on sites such as xeno-canto.

Finding a drumming Lesser Spot or, even better, a pair, is both a joy and a challenge. Finding the nest, however, is an even harder task. Persistence is key, but there are a few tips that LSWN offers. Namely, nests are almost always in dead trees or dead limbs on live trees. So, before the leaves appear, have a thorough check around any displaying area and note any potential nest sites to be visited later. They particularly like dead alder, willow, birch, poplar, sycamore and beech, but other species can be used. Interestingly – and perhaps crucially – all the nests found and submitted to LSWN in 2018 were within 10 metres of a stream or pond. 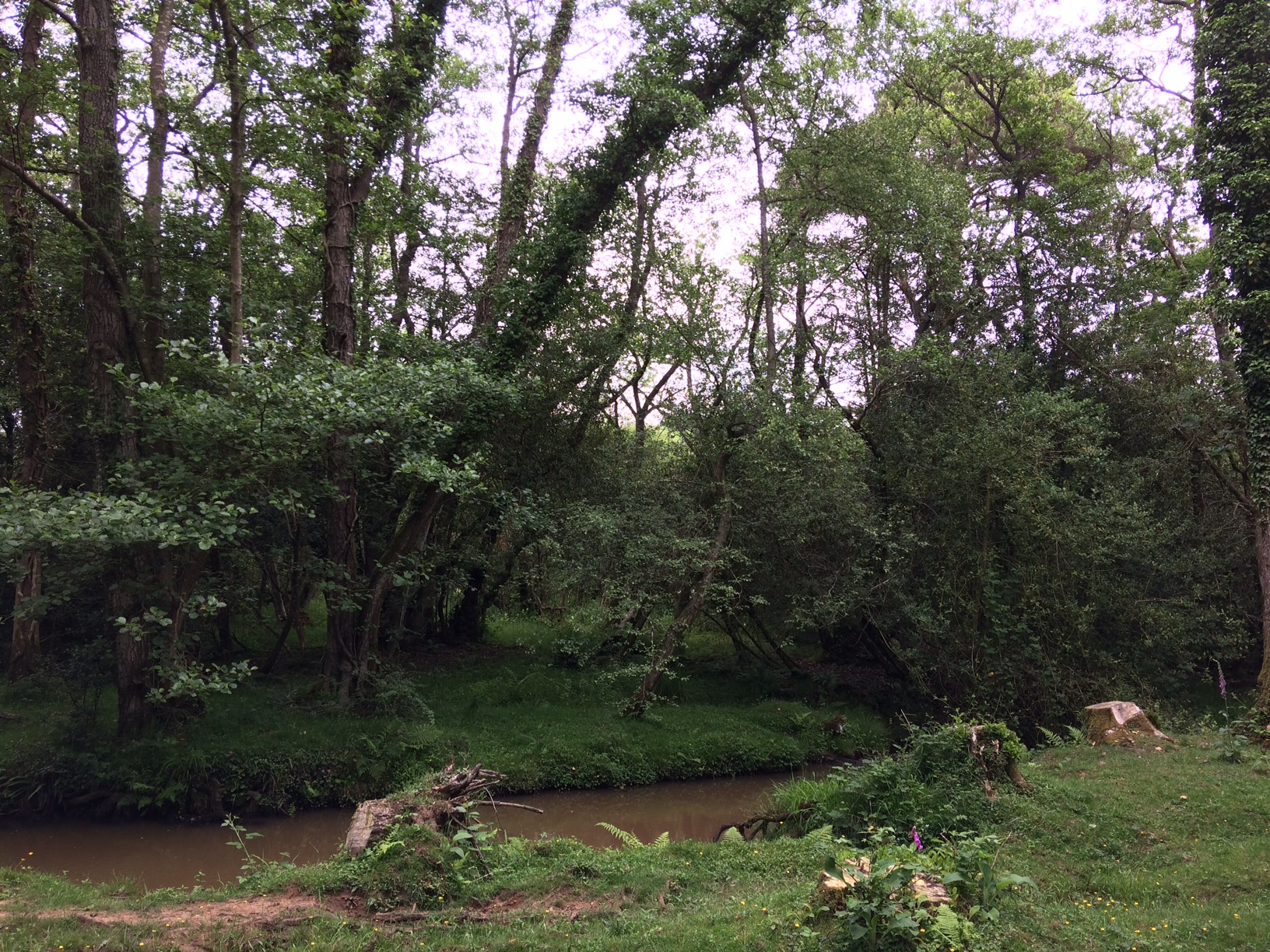 The dead alder on the edge of a clearing by stream represents classic Lesser Spotted Woodpecker habitat (Linda Smith).

From April onward, any signs of nest excavation (such as woodchips on the ground beneath the tree) is a good indication. Lesser Spotted Woodpeckers do frequently excavate in the same tree used for a nest hole before and have even been known to re-use the nest cavity itself. The nest hole is only about 30 mm diameter (by comparison, Great Spotted is closer to 50 mm, Green Woodpecker 70 mm). Any pair will generally be very inconspicuous during the laying season, with the adults changing over about once every two hours.

At this stage, LSWN is on hand to offer technological support for monitoring active nests. LSWN has four video systems available and, depending on demand, after the first visit can leave one with the nest finder to monitor the nest contents regularly until the young fledge. The nest inspection is done from the ground with the camera on a long telescopic pole, which can reach up to 60 feet above the ground, and the process only takes a few minutes. In visiting well over 1,000 Great Spotted and 60 Lesser Spotted nests, no adverse impacts whatsoever have occurred on any birds.

Once hatched, the chicks are fed constantly, normally within the nest hole, until a week or so before fledging. At times youngsters can be quite noisy and even be seen looking out of the nest hole, waiting to be fed. Indeed, finding hungry youngsters and constantly busy adults can be the easiest way to find the nest. 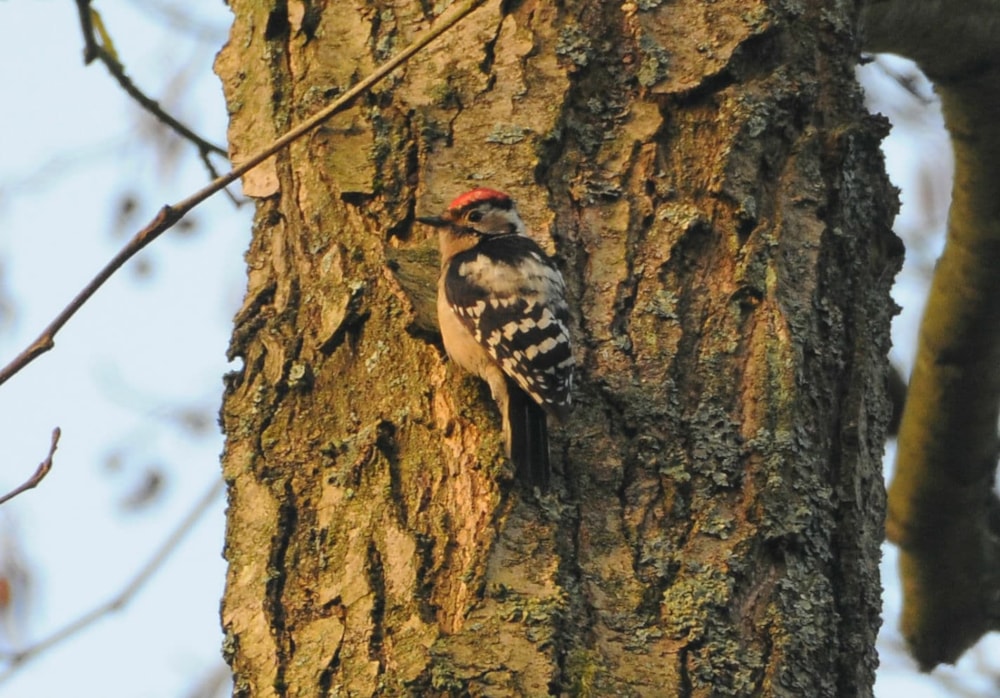 During the laying season, from April through to May, Lesser Spots can be extremely inconspicuous (Ed Stubbs).

LSWN, naturally, does not disclose the location of any nest site. With such a declining population across Britain, it goes without saying that Lesser Spot sites should be treated with the greatest sensitivity. To achieve this, it is best to avoid putting details in the public domain, such as on social media, personal websites or bird news services. To minimise disturbance, observers should keep their distance when studying the species. BirdGuides is proud to support the stance adopted by LSWN and RBBP and does not publish reports of the species, unless involving out-of-range or vagrant individuals that are not on territory. Any records submitted by our contributors will be treated in the strictest confidence and passed onto LSWN and RBBP, as well as the British Trust for Ornithology (BTO).

So, why not take a walk in your local woodland and try and pin down a pair of Lesser Spotted Woodpeckers in the coming days and weeks? Any sightings are gratefully received by LSWN, who you can email by clicking here.