Finding a first for Britain in the attic

By the time October came around, 1976 had already been a ground-breaking year. My brother Ian and I had hijacked the family caravan holiday to Dorset for a couple of visits to Portland Bill, ticking a tailless Bonelli's warbler species, Aquatic Warbler, Ortolan Bunting and Red-backed Shrike. We'd told my mum and sister there was a great beach up on the Bill …

In October, as young teenagers (14 and 17), we pushed on and booked a week at Spurn Bird Observatory, the migration mecca of the north. We were inland Staffordshire birders and could only dream of some of the eastern species we'd only seen in the back pages of AA Reader's Digest Book of British Birds. West Midlands Bird Club luminary Frank Gribble was ringing at Spurn that week and could maybe keep an eye on us young tearaways. It wasn't us he had to worry about, as one morning the Assistant Warden appeared with a black eye after an evening session in the Crown and Anchor with obs birders …

It was a foggy morning on 19 October with a south-east wind, and the foghorn at the Point lighthouse was in full cry. Frank was ringing at the Warren and was happy to encourage us by letting us 'help'. However, we developed an annoying habit of checking the mistnets ahead of the ringers. On approaching a net through sea buckthorn on the east side of the road I saw a tangled bird showing quite a bit of white in the tail. Taking a closer look, I was amazed to see a Red-breasted Flycatcher – a new and very rare bird for me! Excitedly, we hurtled back to inform Frank of the prize and we were able to take some pics of the bird in the hand after it was ringed.

Fast-forward 46 years. I had booked to stay at the new Spurn Observatory in October 2022 and decided to post some of my old pictures on Twitter in late September ahead of my visit, including one pic of the 'Red-breasted Fly'. 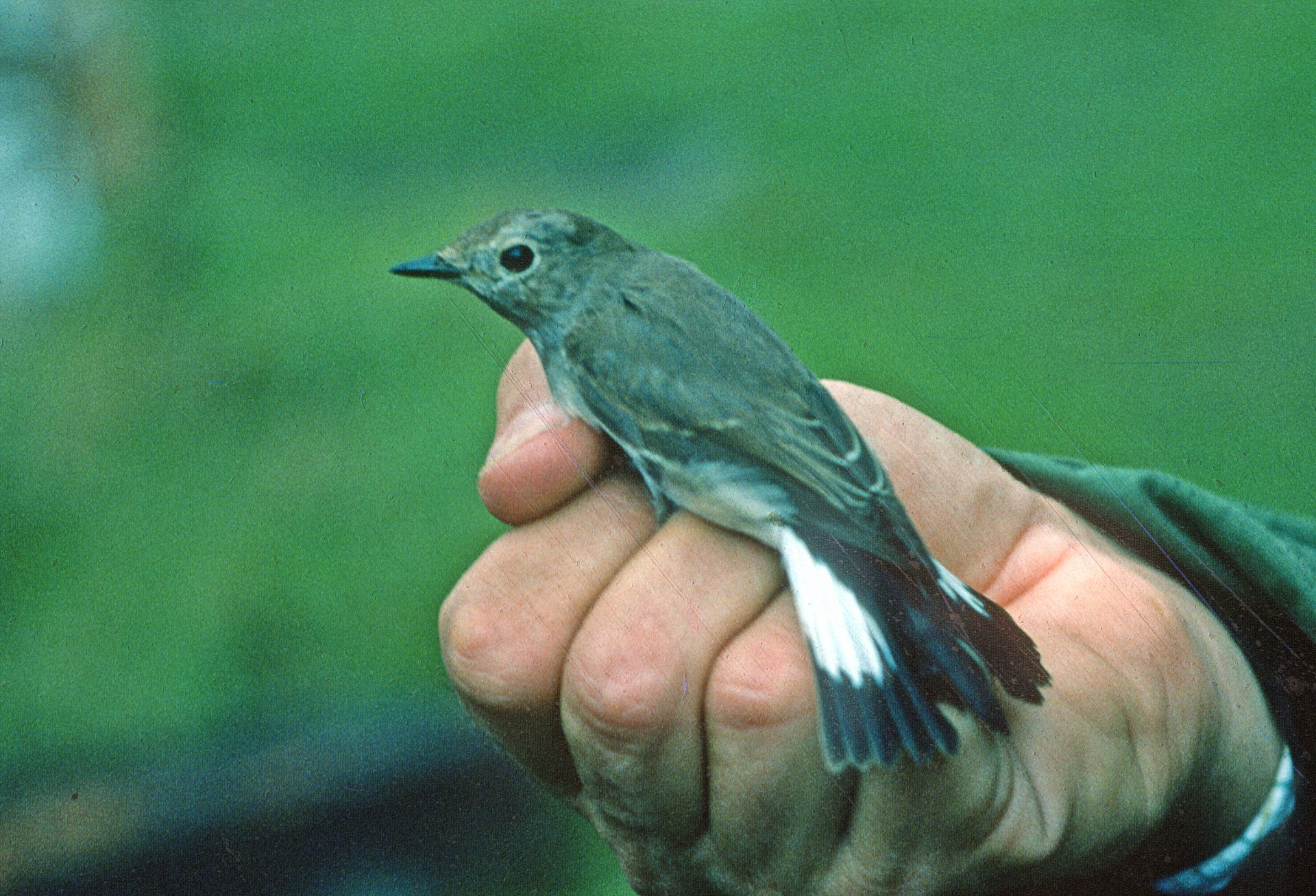 The flycatcher in the hand at Spurn (Niall Machin).

Almost immediately comments came back about the dark uppertail coverts and the whitish edgings to the tertials and coverts. I hastily posted all three of the images I took of the bird back in 1976, digitized from the original slides.

Other comments appeared noting the apparent cold-toned plumage and all black/dark bill. From a seemingly innocuous tweet, something truly amazing was starting to emerge: could this be the first record of Taiga Flycatcher in Britain and the Western Palearctic?

After posting the images on Twitter, birders began to point out that Niall's Red-breasted Flycatcher may in fact by a Taiga.

The Spurn migration support machine cranked into action with offers of digging out the old obs ringing and birding notes from storage at Treasure House in Beverley. My brother produced his old notebook confirming the record. Others recalled that the winds were good around that time, with a Siberian Stonechat seen at Wintersett the same day. I contacted some of the Yorkshire birders who I thought were also at the observatory that week – good news for some whose old notebooks checked out, but not so for others!

The 1976 Spurn bird appears to show the key characteristics of Taiga Flycatcher. In summary:

Taiga Flycatcher was split from Red-breasted in 2005, not long after the first UK records at Flamborough in April 2003 and Shetland in October 2003. There have been subsequent records in 2009 (two), 2020 and 2021. Taiga breeds further east than Red-breasted, in central and eastern Siberia, wintering widely across South and South-East Asia from India eastwards.

Given the subtle differences and fairly recent split, it is perhaps unsurprising that records of Taiga Flycatcher may have been overlooked in the past/ If you have a box of old slides in the attic, maybe now is the time to search them out – but please take your time! The record will be submitted to the BBRC shortly. 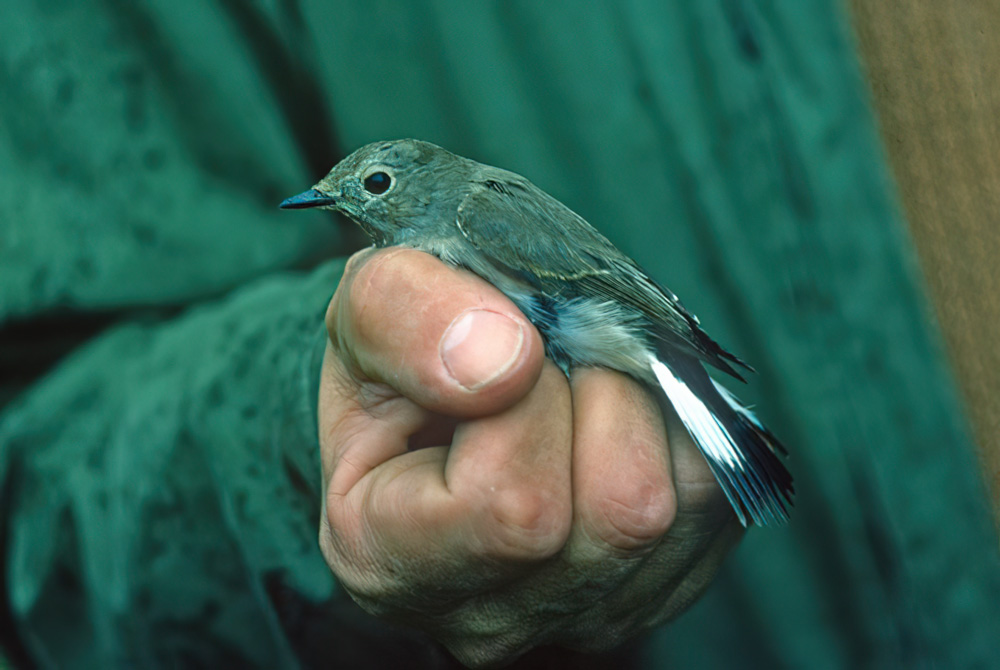