The Blue Tit, perhaps our most iconic garden bird, is slipping away from bird feeders. The BTO's Garden Bird Feeding Survey (GBFS), which celebrated its Ruby Anniversary last winter, has revealed a 42% decline of this species in gardens over the past 40 years. Blue Tits, synonymous with bird feeders, have declined from an average weekly count of 5.3 individuals per GBFS garden in the winter of 1970/71 to just 3.1 individuals per garden last winter. 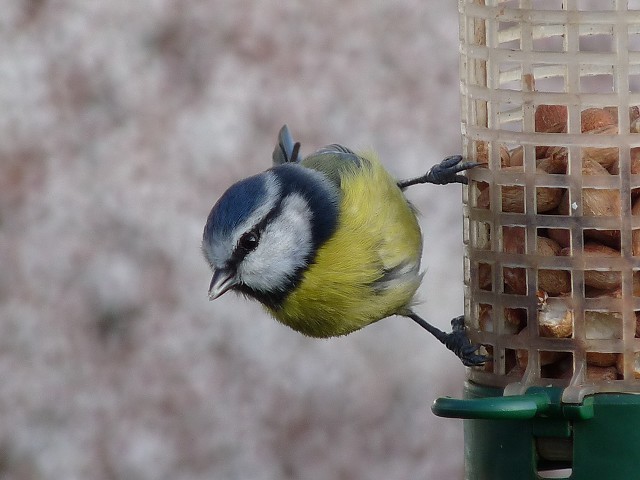 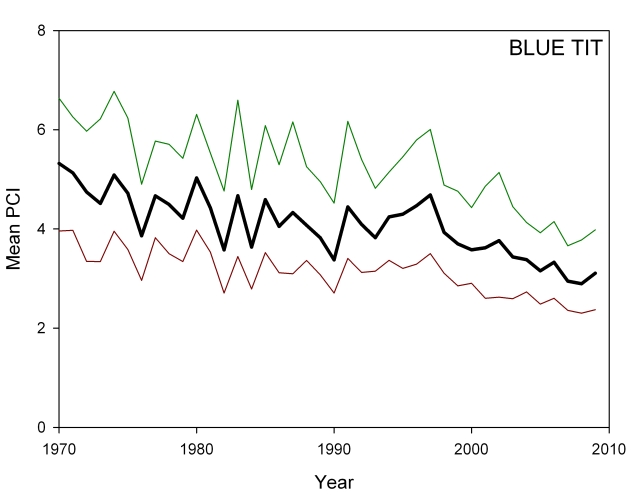 Blue Tits aren't alone either: 40 years of GBFS data bear out long-established, precipitous declines in Starling and Song Thrush (both down by 75%), and in House Sparrows (down by 70%). After a meteoric rise in the first 30 years of the survey, numbers of Collared Doves have also fallen, down by more than a quarter in the past 10 years. 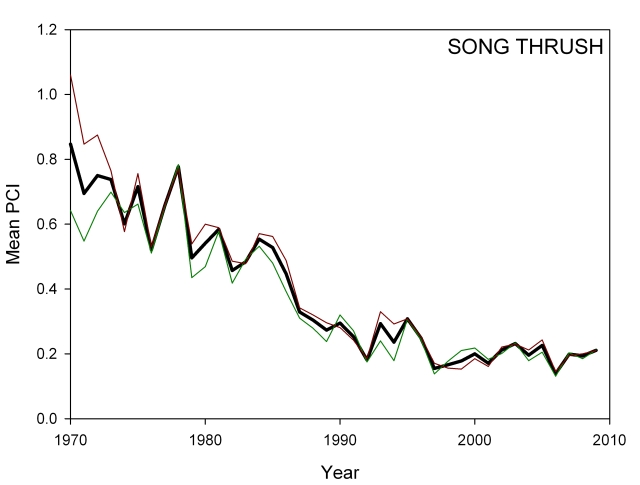 However, it's not all bad news. Fuelled by increases in feeding of nyjer seed and sunflower hearts, Goldfinch numbers have increased massively over the last 20 years, while Long-tailed Tits have exhibited a tenfold increase in GBFS gardens. Four times as many Great Spotted Woodpeckers are now recorded in GBFS gardens than at the start of the survey. 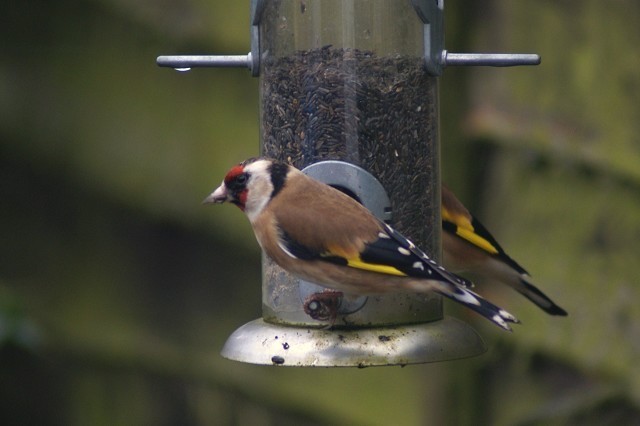 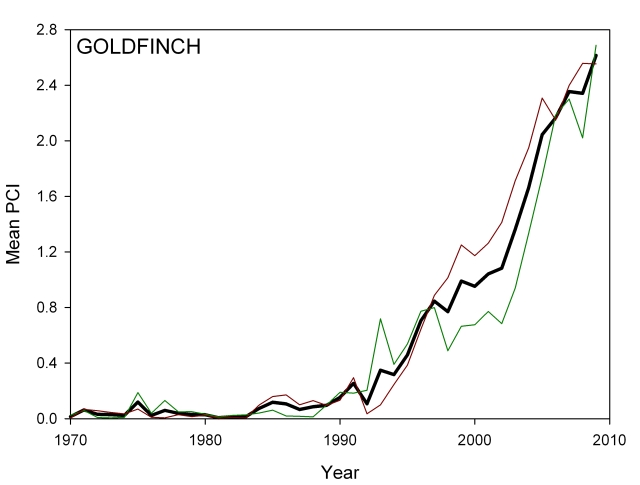 Tim Harrison, BTO Garden BirdWatch Development Officer, commented: "The GBFS reveals that Blue Tits are declining in gardens, while other surveys, such as the Breeding Bird Survey, also hint at a downturn in the population at large. In gardens, changes in bird feeding could be responsible; where once the dexterity of the Blue Tit would have been king — feeding on monkey nuts threaded on string, peanuts in a mesh feeder or coconut shells stuffed with fat — modern foods and feeders mean that Blue Tits face stiff competition from other species."

David Glue, BTO Research Ecologist, added: "Forty years of the GBFS has provided a fantastic resource. It is the longest running survey of its kind in the world and has only been possible through the dedicated observations of hundreds of UK householders who participate voluntarily. With urbanisation and the development of new bird-care products continuing apace, the importance of the GBFS will continue to grow."

The best way to help monitor the continued fortunes of garden birds such as Blue Tits is through the year-round BTO Garden BirdWatch survey. To find out more about the survey and to receive a free copy of the BTO guide Feeding Garden Birds, get in touch with the BTO Garden Ecology Team on 01842 750050 or by emailing gbw@bto.org.