WITH finches on the move in winter, many lowland and coastal birders anticipate the appearance of Twite, either among their local Linnet flocks or in tight little single-species groups. However, Twite is not an easy identification, especially in flight and mixed in with a finch flock, and is commonly confused with the more familiar Linnet, particularly with juveniles of that species.

Twite is a heavily streaked medium-sized finch, with a profusion of mantle, flank and breast streaks making it appear sometimes darker than Linnet, in which the juvenile is also streaked on the flanks and breasts. However, Twite always has a more buff tone on the foreparts and lacks Linnet’s grey tones to the head and beak; the bill of Twite in winter is a pale, dark-tipped horn-yellow colour. Linnet has a mostly unstreaked mantle and back, and pale centres to its greater coverts, which are dark brown in Twite. The tips of these latter feathers are also paler in Twite, giving the species a double-barred effect on the closed wing.

Flying birds in Linnet flocks are usually located by their distinctive loud and ascending tveeeiitt call. 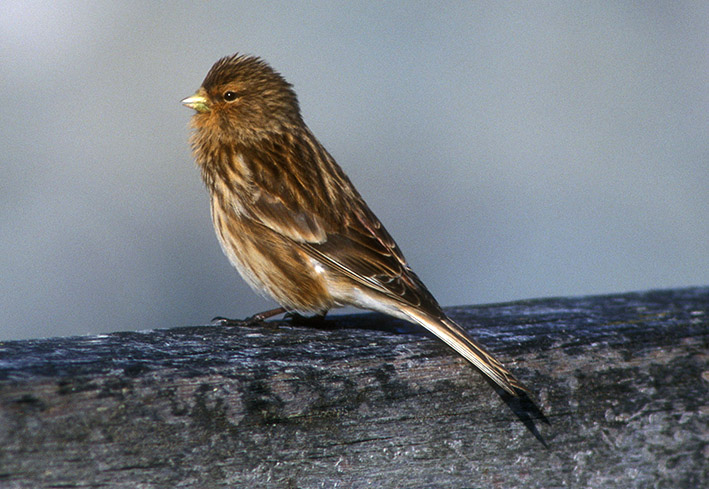