A new study suggests that the excess fat carried by migratory birds in spring is to fuel reproduction rather than to ensure against food scarcity.

Why some birds carry more fat than they actually need to fuel their spring migration has been a long-term ornithological mystery. Using a massive data set spanning 14 years and 12 American wood-warbler species, researchers have determined that, rather than providing insurance against arriving at the breeding grounds early while food is still scarce, this extra fat actually gives birds a boost towards meeting the demands of successful reproduction. The new paper — published in The Auk — says that leftover fuel from spring migration gives female birds a reproductive boost when they reach their breeding grounds, and the same seems to be true of males. In other words, fatter birds may make better parents.

Birds fatten up before migration to ensure that they will have the energy they need for their long trek, but why have extra? Competing hypotheses have proposed that excess fuel carried on spring migration could go toward reproductive efforts and boost nesting success, or it could be insurance against arriving on their breeding grounds early, when food is scarce.

Jennalee Holzschuh of SUNY College at Brockport and Mark Deutschlander of Hobart and William Smith Colleges (both in New York state, USA) tested these possibilities by analysing data from a bird-ringing station on the south shore of Lake Ontario. Their results support the idea that extra fat helps support reproduction, as females arrived with more fat reserves than males, and earlier birds arrived with less fat than later birds (rather than the other way around); all birds carried more fat in spring than in autumn.

The study drew on 14 years of data from 12 different warbler species ringed at the Braddock Bay Bird Observatory, also in New York state, and the patterns were remarkably consistent across species. 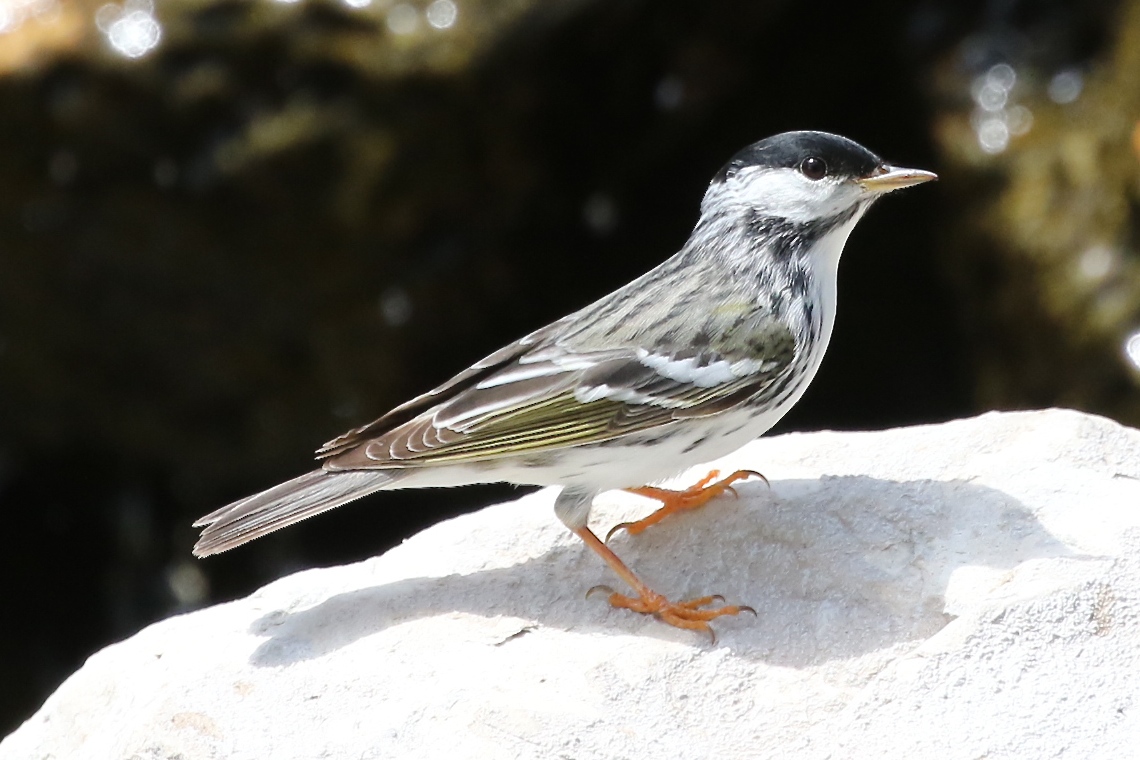 Blackpoll Warbler is one of the most widespread of the migratory wood-warblers, and adults will carry extra weight even after arriving on their breeding territories (Photo: Ian Norris)

"I think this paper really illustrates the types of questions and analyses that can be addressed with archived banding data," says Deutschlander. "There are lots of data being collected at bird observatories and much of it is waiting for interested researchers and students to use [in addressing] questions about bird migration."

"Whereas the avian annual cycle may be synchronised to segregate the major energy-demanding functions of moult, migration and reproduction, we recognise that events during any one phase of the annual cycle have repercussions across the entire annual cycle," adds Frank Moore of the University of Southern Mississippi, the ornithologist who first outlined the two hypotheses. "Holzschuh and Deutschlander have studied migratory songbirds with a discerning eye toward understanding how energetic condition during passage might carry over to impact breeding biology. As the authors point out, individuals that arrive on the breeding grounds with surplus fat stores are likely to experience enhanced reproductive performance, regardless of sex."