There is an old saying hereabouts: "When you hear the first Cranes, start collecting your firewood", meaning the arrival of the first Cranes heralds the approach of colder weather. The weather hasn't heeded this old saying, however, with temperatures averaging 27°C for the last month making days in the field an extremely pleasurable experience, and probably still a little warm for the thousands of Cranes already here. I heard my first one on the 13th, a rare solitary individual, circling the rice fields calling loudly as if trying to locate the rest of its family. Within a couple of days many thousands had joined it; a recent count at a roost produced 13,500 around one small reservoir. 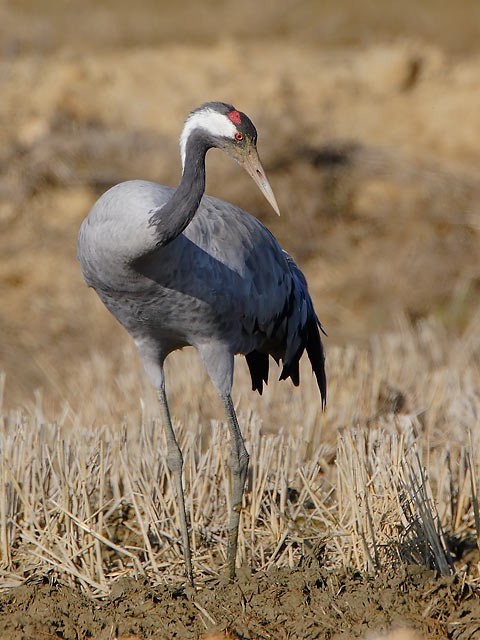 The noise of the many Cranes (named Grullas here, after their call) is certainly the sound of winter here, with very few areas not being subjected to the cacophony. Although most feed daily in the rice fields, many also spend their days in the dehesa, or grazing woodland. This is kept for the famous Iberian Black Pigs to gorge on the acorns that drop from the millions of oak trees, so giving the ham its unique flavour. Most of the Cranes are in small family groups of mum, dad and a youngster, but this year there seem to be fewer young ones than in other years. Perhaps the failed breeders return earlier than the successful pairings, but I have also been watching adults still foraging and taking food to their young. A spectacular and unforgettable sight is the Cranes returning in massive flocks to their roost, thousands of them calling against a backdrop of orange and pink skies with the sun reflecting off a few small clouds that have formed during the cooling evening. A lot of the White Storks have not travelled south at all, preferring to stay in the rice fields, and some pairs have even been tidying up old nests.

Sharing the rice fields are many overwintering Marsh Harriers, slowly quartering then acrobatically turning to dive on some unsuspecting prey. Five or six in the same binocular view isn't uncommon. Some Hen Harriers have also returned. Several pairs have taken up their winter hunting sites already, much to the disdain of the resident Black-shouldered Kite pair. Red Kites are also increasing, with 120 of these easily distinguishable fork-tails seen at one of their communal roost sites, and over 70 at another. Buzzard numbers are increasing daily as they slowly make their way down from northern Europe. 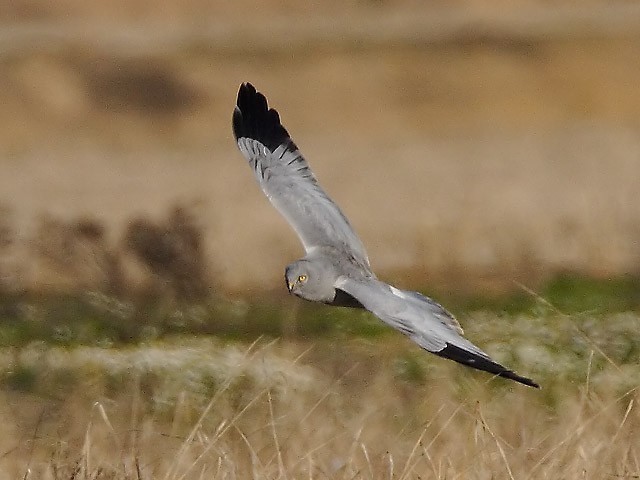 Griffon Vulture numbers are down on the summer, as some migrate south to Africa for the winter. Unless you lived here you might not notice, as there are still many here sharing roosts with the larger Black Vultures. Extremadura holds around 40% of the world's population of Black Vultures, but seeing 22 slowly drift over was wonderful to watch. Golden Eagles seem more prevalent at this time of year, with a local regular being seen most days — not a full adult, but probably a 3rd-year bird. The eagle circles overhead being mobbed by Ravens until it gets fed up, stiffens its wings and disappears quickly out of sight. Spanish Imperial Eagles also seem easier to see (probably due to their staple food, the rabbit, being out during the day as the temperature is much more amenable for daytime grazing). These regal birds are gradually making a comeback, with numbers increasing yearly. This is mainly due to some sterling work by the government after the rabbit population was reduced to a mere 10% of its former population after two diseases almost wiped them out altogether. Reports of two Spanish Imperial Eagles being poisoned in Coto Doñana, and another shot in Portugal, surely do not help anyone in any way though. 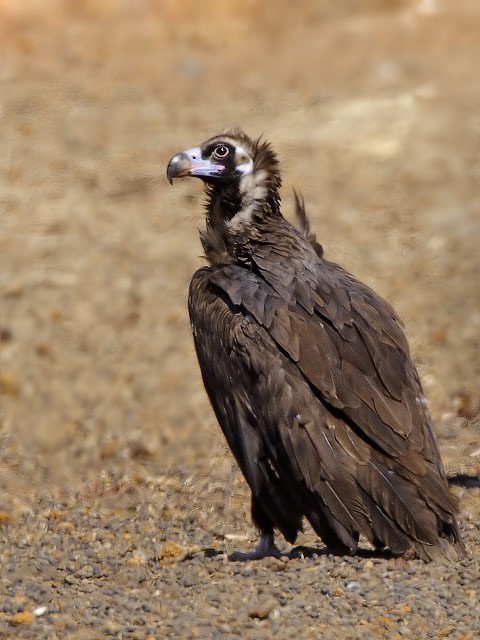 On the steppe, the Great and Little Bustards are slowly forming their winter flocks, with a dozen or so birds being seen regularly, making locating them far easier. Vast flocks of Goldfinches have already congregated, some numbering 4–500 individuals. They feed on the vicious hypodermic-like thistle heads that penetrate even the toughest of clothing when one is positioning a hide in a field somewhere. A very rare photo opportunity was missed as I was driving up a secluded track: a big flock of Black-bellied Sandgrouse were gritting a mere 10 metres in front of the car. I didn't notice until the first one took off, taking the rest with it. If I'd stopped a metre shorter, I'd have had some great photos, but such is life, and as they say here "mañana"; there's always a next time. 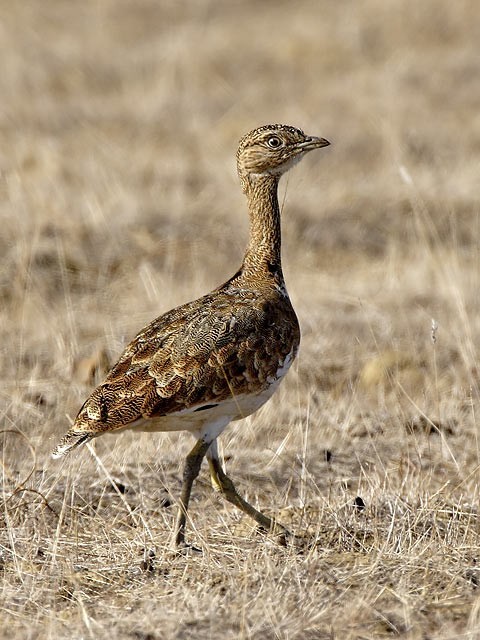 Sparrows also congregate in large flocks at this time of year, some numbering thousands strong, containing a mixture of House, Spanish and Rock Sparrows, probably for safety in numbers due to the increase of airborne specialist predators. Southern Grey Shrike numbers are boosted greatly by southern roamers, and will take advantage of the huge flocks of small birds. Also forming large winter flocks are the Azure-winged Magpies, with the residents of one of the viewpoints in Monfragüe becoming cheekier in their search for food, coming within an arm's length of anyone stopping for a picnic.

Redwings have been seen in flocks of over 1000 birds, and the Siskins have started their annual invasion already. There have also been large passages of Tawny Pipits, Wheatears, Blackcaps, Whinchats and Chaffinches. Big flocks of Meadow Pipits can be found around water sources, as feeding on the dry seeds must make them extra thirsty, and a surprising number of Tree Pipits seem to also be around, keeping watch from the saplings. Lots of Water Pipits are now here too, any wet patch holding at least a couple, and several hold traces of the pink breasts as their winter plumage is not fully through yet. A few Wrens have arrived already, so I will be looking forward to more good photo opportunities with these gorgeous little birds that are not easily seen here. One of the most common birds in winter here is the Chiffchaff, with raiding parties of up to 30 birds hopping round trees and bushes. Despite constant grilling, I have still not seen anything unusual that may be mingling in the carrier flock. There seem to be a lot more Dartford Warblers this autumn, in places I have not seen them before. I will have to keep checking to see if they are wintering here, or merely passing through. 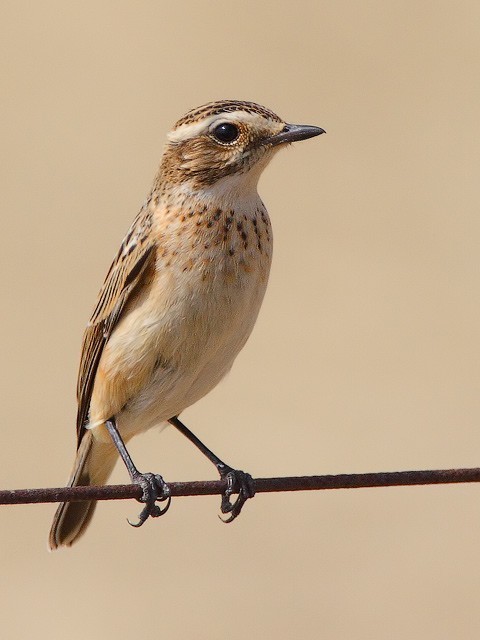 The large reservoirs now have many thousands of duck — at present mainly Mallards, with a smattering of Pintail, Wigeon, Teal, Shoveler and Gadwall. However, as the weather gets colder these numbers will increase vastly. There are Greylag Geese arriving almost daily, and even one White-fronted Goose appeared, origin unknown. Waders seem remarkably thin on the ground, or maybe I haven't located them yet due to the immense number of now flooded fields here after the rice harvest. I did manage to see a crake from behind, but not sure which one, as it scuttled out of sight between some rice stubble, never to re-appear. 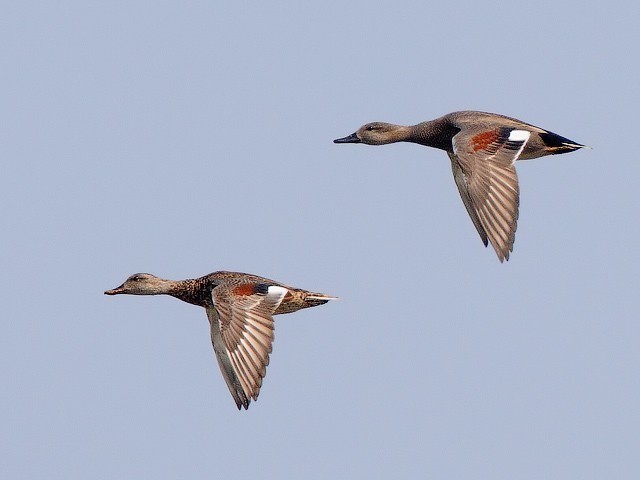 I had some friends over from UK for a week who aren't birdwatchers, but take an interest in wildlife. They have been to Martin Mere to see the swans, and a few local reserves, so I took them out for a few days to see the Cranes and vultures. We were sat in a small copse of umbrella pines, when a Great Spotted Woodpecker flew down and stuck itself to a trunk, and started drumming; but what it was doing was making holes, then going for acorns and wedging them in, making a larder for the winter. A sudden movement from one of us made it fly off, complaining as it went, only to be replaced by a Lesser Spotted Woodpecker who came down to see what all the noise was about. 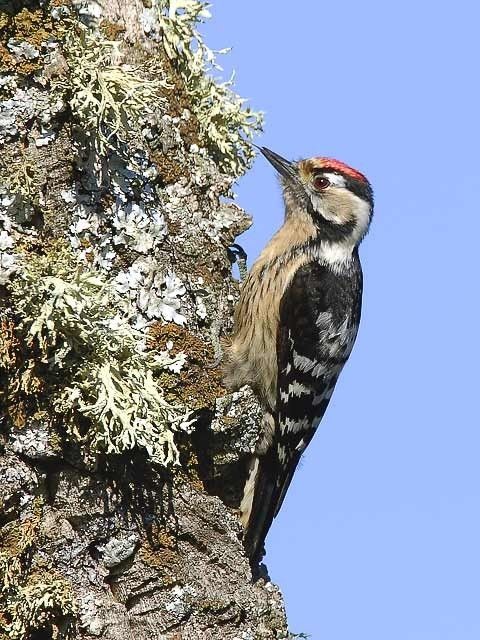 It was really wonderful to see the excitement on their faces when confronted by so many different birds they would never see in the UK. They are now confirmed birdwatchers, and will be buying a scope sometime this week, so if Mr Zeiss would like to send me my commission, he can reach me here.