June can be a very confusing time for identifying birds, with many hundreds of juveniles and newly fledged, begging youngsters seemingly covering all the bushes, fences and trees. Some are easily determined as they have the characteristics of the adults, and others are being regularly fed. It's the little brown jobs that prove a challenge, especially when alone on a branch with poor views. The young Woodchat Shrikes are proving a handful, with a local family with four youngsters patrolling their territory. The adults are seeing off everything that strays into their domain, Golden Orioles, Jays, and Azure-winged Magpies all being given short shrift by the parents. The youngsters are getting in on the act too by constantly harassing the Cirl Buntings, not letting them near the meagre water supply. 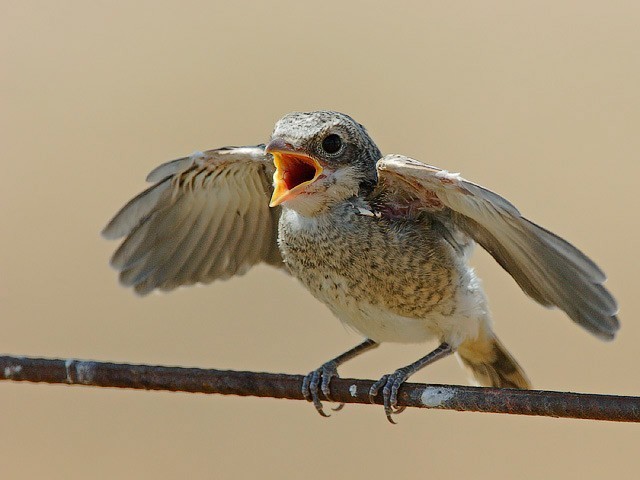 The water situation is getting pretty desperate here. With no major rains for three years a lot of streams and ponds are now dry, causing untold difficulties for the birds and animals. Any standing water has great drawing power, enabling good views of birds that otherwise would not be seen: such as the sandgrouse, who come to soak on the shallows, soaking up the water in their breast feathers to take back to the young. Mixed flocks of Goldfinch, Linnet, Serin and Crested Larks paddle in the mud. Always wary of the omnipresent raptors circling above, they scatter at the faintest speck in the sky, unseen by the relatively poor quality of the human eye. Any expanse of water is covered with feeding Red-rumped and Barn Swallow, House, Sand and Crag Martin, Common and Pallid Swift. Bee-eaters also practise their "Swallow bathing technique", appearing to crash-land in the water before struggling airborne, dripping from now-damp feathers. 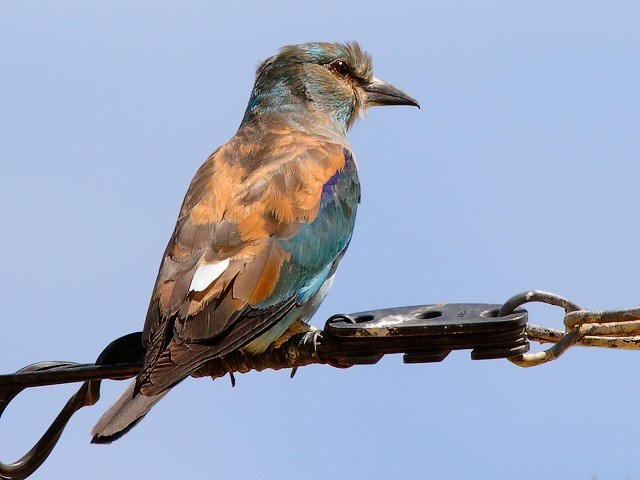 On the dry steppe, Rollers seem more abundant this year. Last year they were difficult to find, but this year are easily spotted, utilising the cork nest-boxes put up by the SEO on the concrete pylons. Near my village, the wooden telephone and electricity posts have all been replaced with concrete, as the wood was constantly being eroded by woodpeckers, causing the poles to fall and cutting off the village from the outside world.

In the Sierra behind the village, two pairs of Short-toed Eagles have fledged one youngster each. They can generally be seen together at 8:30pm, hovering in search of a snake for supper before roosting for the night. The young, easily identified by the very pale head, seem to have been driven off. I haven't seen them for a couple of weeks now, and the adults are again displaying and calling over their old nest sites: perhaps another brood will appear soon. The local Eagle Owls are almost impossible to see in June. The locating calls of late winter and early spring have fallen silent, leaving me to rely on sight alone to have any chance, but with a vast hunting area more luck is needed to have a good view.

The strange mechanical call of the Red-necked Nightjar can be heard easily as they venture from their daylight roosts to the nighttime feeding grounds. It's much easier to spot them on the ground after dark, on the old dusty tracks as they bask in the heat from the sand.

A day out in the Gredos resulted in some brilliant views of a Whitethroat feeding two youngsters, very close to where I parked the car. Whitethroats are quite a rare bird here, only to be found in the highest parts of the Province. Far more common is the Spectacled Warbler, sharing territories with Dartford Warbler and Thekla Lark. Also in the Gredos were an incredible number of singing Ortolan Buntings, preferring the large boulders to sing from, pointing their bills to the sky and showing off their chestnut flanks, grey head and bright yellow throat-patches. 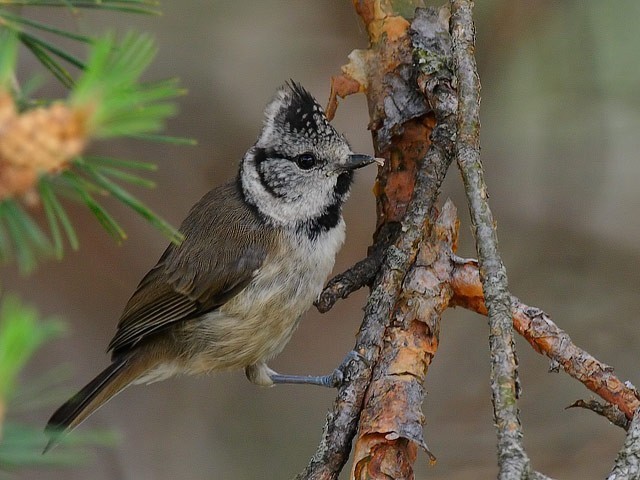 A pine wood produced the largest mixed flock of birds I have ever seen: Coal, Blue, Great, Long-tailed and Crested Tits, Nuthatch, Short-toed Treecreeper, Great Spotted Woodpecker, Citril Finch, Serin and Jay all mingled together, passing through the wood at a fast pace. They were probably sticking together for "safety in numbers" as there is a fairly high population of Goshawk present. A few new butterflies were also noted, High Brown Fritillary and Black Satyr being the only two I could identify. I am still working on the others; the many blues here can be extremely confusing, and they never settle long enough for a decent photo.

The rice fields are almost totally green with rapidly growing crops, leaving little space for the passage waders to refuel. A few rough fields can usually be relied upon for a couple of surprises, such as 15 summer-plumaged Black-tailed Godwits, half a dozen Sanderling and a few Dunlin, accompanying the now-resident Kentish Plovers (two adults with three juveniles). It looks as if this has been the second year they have bred in Extremadura. Let's hope that the proposed solar farm for that field doesn't come to fruition, and they can carry on in peace. A sighting of a Quail was a pleasant surprise. Although there are many thousands here, and they can be heard in almost any grassy area, seeing one is very unusual. As he was more interested in calling to a nearby female I suppose he forgot his inhibitions. 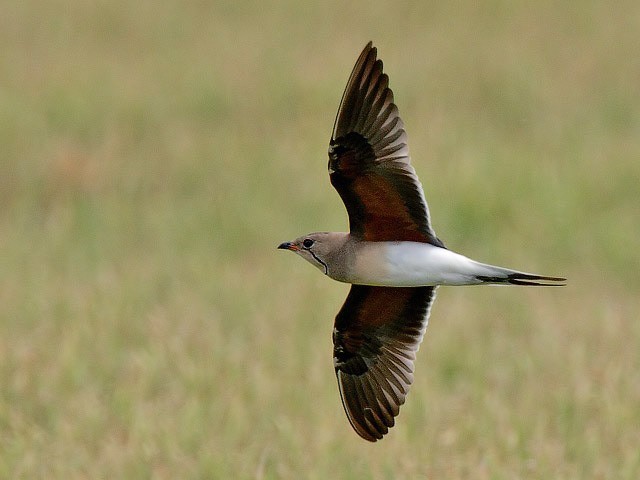 There was an explosion of dragonflies over the rice fields the other day. Thousands upon thousands of Common Darters, and a few larger Red ones, emerged. The terns, pratincoles and shrikes had a field day catching their fill. White Storks are also packing in the calories ready for their imminent journey to Africa. Very soon all the huge nests on churches will be empty, and they will all depart, leaving the villages bereft of their noisy greetings. The first ones to return will arrive in late September, and by Christmas the nests will again be full of these huge creatures.

I also had a nice Black Tern feeding over the large lake near the rice fields in the company of six Common Terns. They were all gone by the next day, leaving only the Little and Gull-billed Terns arguing loudly over fish catches. A nearby reedbed produced an incredible number of Reed Warblers, Night Heron and a Little Bittern. The latter is worth keeping an eye on as there have been overwintering Little Bitterns there for the last two years, and I wouldn't be surprised if a Great Bittern or two weren't there this winter too. Penduline Tit are also present but are very shy birds, and not easily spotted, unlike the very vocal Savi's and Great Reed Warblers. I keep hearing crakes calling too, but have yet to spot one, thick reedbeds not being conducive to seeing these diminutive birds. 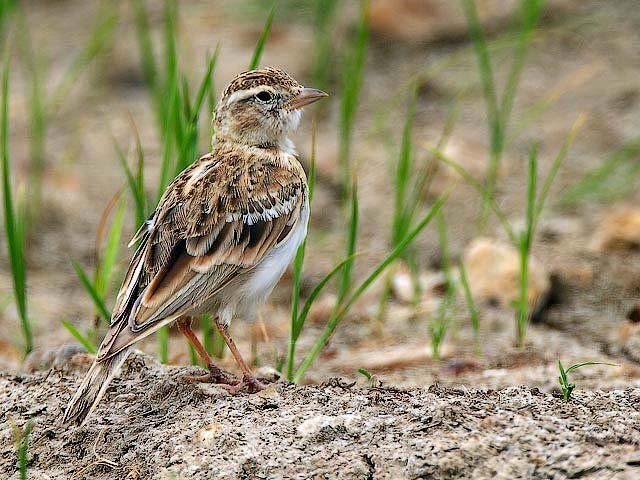 The steppe is a lot quieter now, following the departure of the extremely noisy Great Spotted Cuckoos, leaving mainly Calandra and Short-toed Larks whistling unaccompanied. They are only disturbed by the Montagu's Harriers quartering the huge desolate areas looking for lizards and large bugs to eat. Lesser Kestrel young are now about to fledge, with most pairs having up to four greedy siblings who will devour anything brought to them: mainly lizards, millipedes, mantis, crickets, dung beetles and the odd sparrow. The local Little Owl has two young, white and fluffy, who will sit and look at you inquisitively, performing the funny head-bobbing, until a parent comes back with food and all hell breaks loose. Trying to finish this article I am being distracted by watching a vast flock of Swifts feeding just outside my door, a sight becoming less common in the UK, as I was reading in the online newspaper this morning. 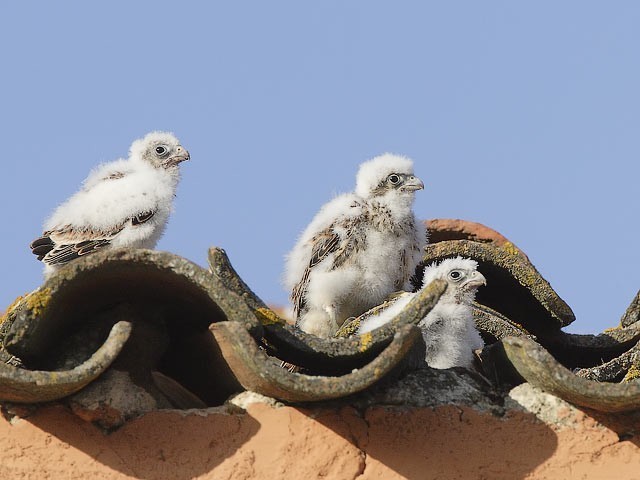