After a cold, damp and dreary first week when we were receiving the tail end of the bad weather plaguing the UK, the remaining three weeks have been glorious: 18°, blue skies and no breeze, feeling more like a British summer's day than February. The bad weather of the first week did have a few benefits, bringing a rare Great Northern Diver to the south of the province, and a Ross's Gull to the east. 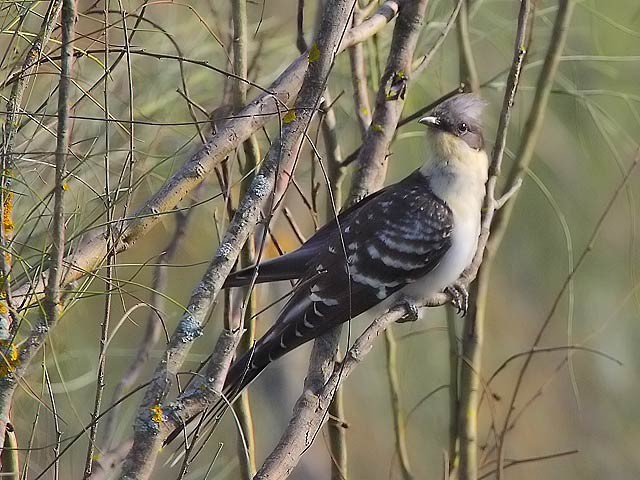 February is when the early migrants start to trickle in, but with the wet of January the food source of the earliest travellers is a little behind in development. The caterpillars which the Great Spotted Cuckoo feeds on are still very small. This in turn means the first visitor I saw was three weeks later than last year, and still remains the only one I've recorded to date. What intrigues me is how a bird wintering in Africa knows that the weather where it summers has been bad enough to affect its food source, and so delays travelling until it has grown large enough to sustain it. 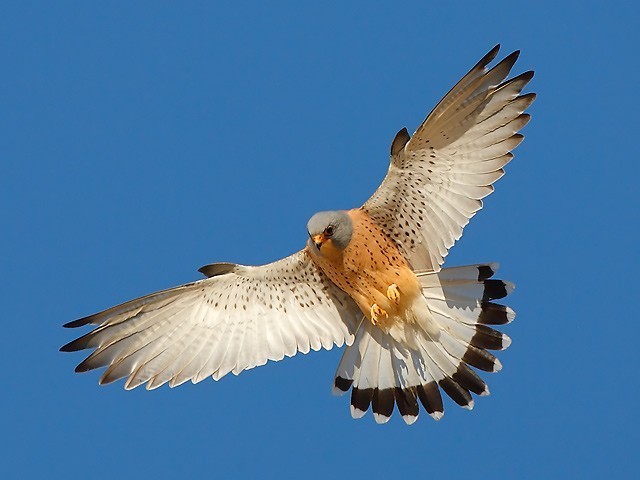 The first Swallows arrived a couple of days after the good weather started, and are now here in good numbers again. They are wheeling round the village, exploring new and old nest sites, and sitting on the wires chattering like small children just let out of school. Last year a pair nested in the back of my house and raised three broods. They are back, and have been in and out of the nest site since the minute they arrived, still protesting at my presence whenever I go into the back garden. A winter garden resident seems to have left for pastures new: the male Black Redstart has not been seen for some days now. He was probably fed up with being pilloried by the Blackcap all day; for all his size and coloration, he was certainly well down in the pecking order. Always a great sight for me is the return of the Lesser Kestrels, very sociable birds nesting in colonies, the males whizzing around calling, trying to impress the females. As with the Swallows, as soon as they arrived they were exploring their nest sites under the old tiles in undisturbed buildings. They are not in the slightest bit bothered by people walking around close to the walls, but get quite agitated at the presence of a dog. Other early migrants have included Short-toed Eagle, Booted Eagle, Egyptian Vulture, Black Kite, Black Stork, Red-rumped Swallow, all in small numbers so far, and an Osprey filmed catching fish last week at a close-by lake.

Many raptors have been nesting for some time now, with Griffons, Golden Eagles, and Eagle Owls all sitting on eggs. The young will all hatch shortly, keeping the parents busy with food-catching. Black-shouldered Kites are starting to disperse to their summer quarters, and becoming harder to see unless you know their regular nesting sites. Purple Gallinules nest very early, and already have youngsters larger than most other species on the wetlands, but are not as subtle as their parents at sneaking through the reeds, and still find it difficult to cut the reed bases to feed themselves. 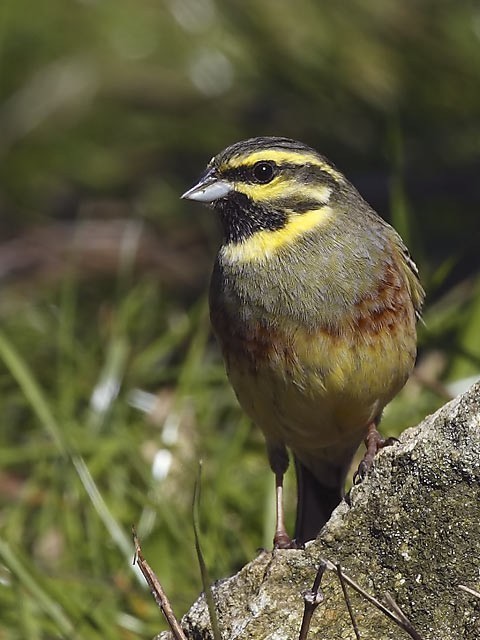 The varied birdsong and courting antics are marvellous at this time of year. Sardinian Warblers are the busiest but I am finding that although the males show off and will chase rivals away it is the females that are by far the boldest. At my hide site, a female will come through a gap in the camouflage to root around under my feet. It is always the female Cirl Bunting that will come down to seed and water first, with the male looking on from the relative safety of a branch — perhaps he is a lookout for the resident Sparrowhawk. When he eventually descends he is far more nervous than she is, flying off at the slightest sound. A wintering Robin has also found the food, and has claimed the site for his own but the female Cirl Bunting just stares him out. The Corn Buntings are singing atop the small trees looking huge compared to the Goldfinches and Linnets in the same area. A female was sitting on a barbed wire fence between two males singing their hearts out. Her head was going from left to right with amazing speed, trying to decide who was the best vocalist. In the end I don't think either impressed, as she flew off and left them cut short in mid-trill. Dunnocks are not a common bird at all here, so it was nice to find a pair feeding on a path under a Cork Oak. They have been present for a few weeks now, so hopefully they will stay and breed here. They shouldn't be disturbed as the site is on the edge of an already-pruned vineyard on the hill, and it should remain nice and quiet for them until grape harvest in August. Serins are doing their Tree Pipit impressions, singing from the top of a small tree, flying high, then parachuting back to the same perch. Cranes and White Storks have been making their way north along their migration corridors between the mountain ranges, forming great Vs containing thousands of birds, strangely silent as they disappear into the distance. Wader numbers have been dwindling, but a sighted flock of over 3,000 Black-tailed Godwits, with 100+ Spotted Redshanks, is impressive anywhere. 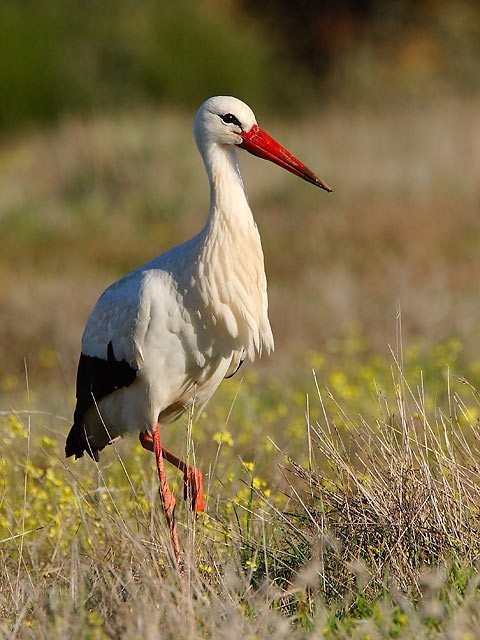 The blossom on the many different fruit and almond trees has been out for a few weeks now, resplendent in its pink and white tones. The Spanish White Broom is now in flower, turning the scrubland pale with its small flowers. In the darker woods, the pitcher-like Birthwort is emerging from the undergrowth with Hoop-Petticoat Daffodils, delicate little yellow cones with the tiniest collar, and a little pink, white and yellow iris called a Barbary Nut. The barest earth is at present covered with low pink Sand Crocuses, which appear absolutely everywhere, covering huge swathes of land. As well as being well known for birds, Extremadura is also famous for its flowers: the largely untouched meadows are an incredible sight in full bloom, reminiscent of what the UK must have looked like many years ago before overuse and ploughing for other crops. Even I could easily recognise the Swallowtail butterfly that came drifting past this morning, though the others are far more difficult for me to identify.