Europe’s oldest Puffin is alive and well in Scotland

BTO bird ringers on an expedition to a remote island off the west coast of Scotland have found the two oldest Puffins in Britain. One of these OAPs (Old Age Puffins), at 34 years of age, is also the oldest currently known in Europe. The expedition, to the Shiant Isles, broke the British longevity record for Puffin on 5th July 2009 when they caught EX08155, which was originally ringed on the island on 27th June 1977. EX08155 was originally ringed by Ian Buxton, also a member of this year's team, so he was reunited with the same bird 32 years later! 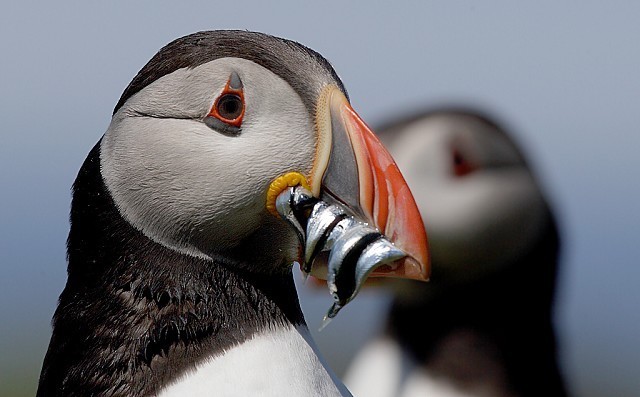 But this record was topped just five days later on 10 July, when Ian recaught EB73152, originally ringed on 28 June 1975, making it over 34 years old (older than three of this year's expedition members). This is now the oldest recorded Puffin in Europe, beating an Icelandic bird at 33 years old. Amazingly, it not only still had its original metal ring, but also its colour ring, allowing it to be identified as a Shiants bird 'in the field'.

David Steventon, founder of the Shiants Auk Ringing Group and a member of the original expeditions in the 1970s, commented: "These longevity records were almost inevitable, as ringing data shows that adult survival rates are about 92%. Therefore we would expect that about 25 of the 441 birds ringed in 1975 will still be alive and could be recaught in 2009. There could even be a handful remaining alive from those ringed back to 1970, so there is the potential to break the record again in the next few years. Compared to recent years, the Puffins are having a good breeding season this year, bringing in good-sized Sand Eels for their young." 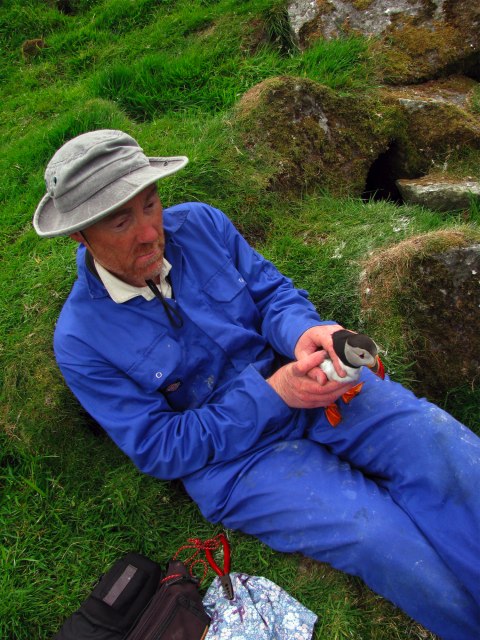 Mark Grantham, Research Ecologist in the BTO Ringing Scheme, commented: "These two record-breakers show that, to understand these birds, you can't just pop in and out of colonies. We need to study them over many decades to know what's going on. Ringing birds is the only way to find out how long they live. The same applies to all birds, so anyone can help by keeping an eye out for birds with rings and reporting them back to the BTO via the web (www.ring.ac)."

The Shiant Isles are a small group of islands between the Outer Hebrides and the Scottish mainland, and both these OAPs were caught in the Puffin colony on the north slope of Rough Island (Garbh Eilean).

Reports of ringed or colour-ringed birds can be reported via the web at www.ring.ac.
Written by: Mark Grantham, BTO
Login to leave a comment
Return to List