European songbirds perfect their voices while wintering in Africa

New research has claimed that migratory songbirds may sing during the winter months to improve their song quality ahead of the forthcoming breeding season.

A range of European songbirds are known to sing on their wintering grounds in sub-Saharan Africa. This is puzzling because singing is energetically demanding, can attract predators and takes up time that could otherwise be used to search for food.

Marjorie Sorensen and her team of researchers proposed three hypotheses for winter song: that birds sing to defend their winter feeding territory, that they do it as a non-adaptive consequence of elevated testosterone levels, or that they sing as a practice to improve complex songs for subsequent breeding. 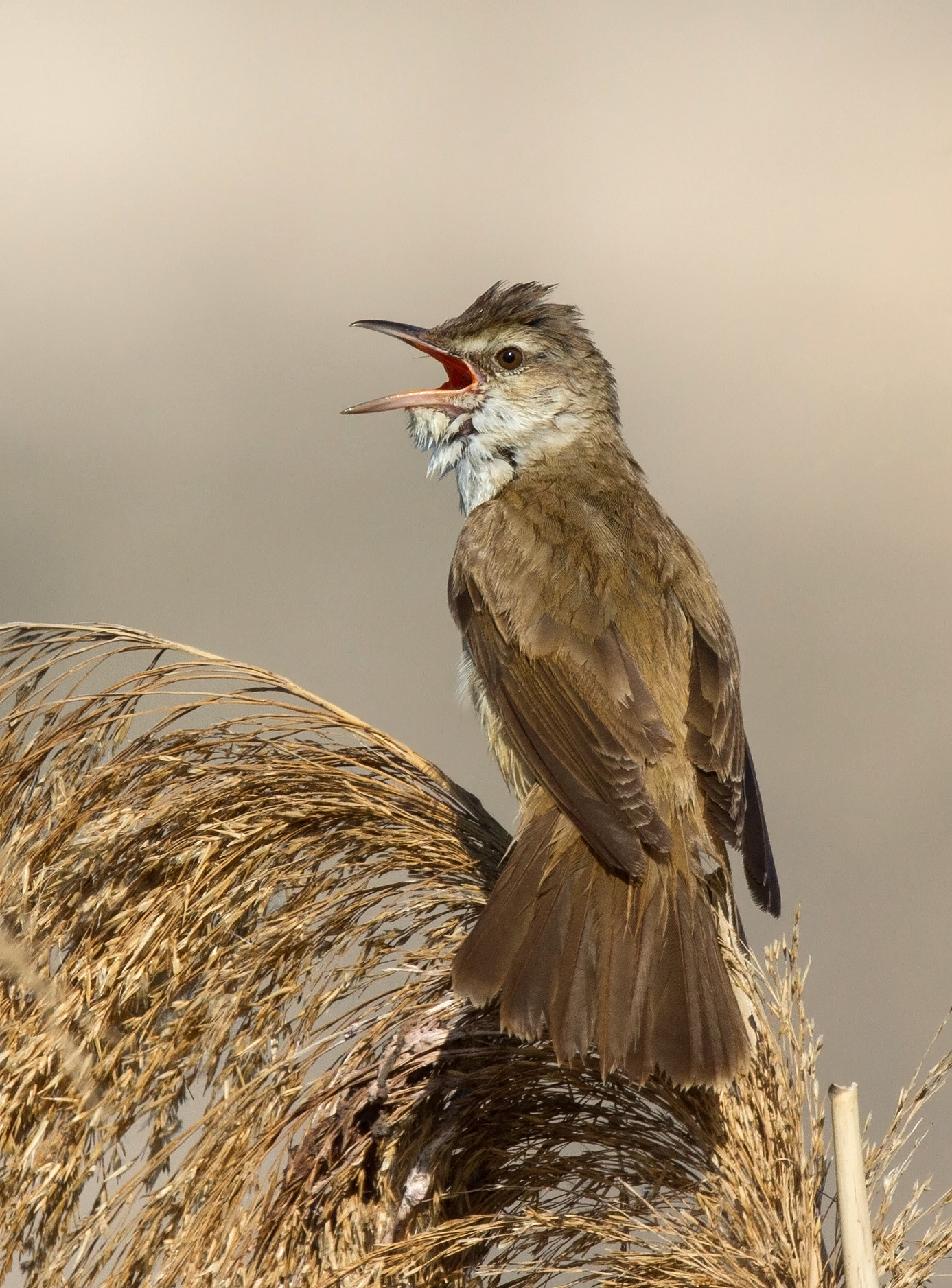 To test these winter song hypotheses the team headed to Zambia, focussing on Great Reed Warblers (Acrocephalus arundinaceus), which possess a complex song that is directly linked to breeding success: the more elaborate singers have greater success at attracting a mate in spring. They found that the warblers' territories routinely overlapped and that they showed no conspecific aggression, seemingly ruling out the idea that their singing is territorial. They also found a lack of correlation between individual plasma testosterone concentrations and singing levels.

Instead they found strongest support for the song-improvement hypothesis: Great Reed Warblers routinely sang a mate attraction song type rather than a territorial song type in Africa. Studying the singing behaviour of 57 migrant species, the team found that species that sing most intensely on wintering grounds were those in which sexual selection acts most strongly on song characteristics — i.e. duller species with more complex songs rather than brighter species with simpler songs, which may rely more on plumage to attract a mate.

Sorensen and her team concluded that that all collected evidence pointed towards the warblers singing in winter to improve their song quality, this underlining how sexual selection can have far-reaching effects on animal ecology throughout the annual cycle.