Birds might be paying more attention to road speed limits than some humans: a new study has found that some European birds factor in average traffic speeds when determining when they need to take off to avoid oncoming cars. In the study, published in this week's issue of the journal Biology Letters, scientists tested whether European birds standing on the side of the road altered their escape distances in response to how fast an approaching car was moving or to road speed limits. The abstract can be found below:

Behavioural responses can help species persist in habitats modified by humans. Roads and traffic greatly affect animals' mortality, not only through habitat structure modifications but also through direct mortality owing to collisions. Although species are known to differ in their sensitivity to the risk of collision, whether individuals can change their behaviour in response to this is still unknown. Here, we tested whether common European birds changed their flight initiation distances (FIDs) in response to vehicles according to road speed limit (a known factor affecting killing rates on roads) and vehicle speed. We found that FID increased with speed limit, although vehicle speed had no effect. This suggests that birds adjust their flight distance to speed limit, which may reduce collision risks and decrease mortality maximizing the time allocated to foraging behaviours. Mobility and territory size are likely to affect an individual's ability to respond adaptively to local speed limits.

Study co-author Pierre Legagneux, a biologist at Canada's University of Quebec in Rimouski, said the idea for the experiment occurred to him while he was commuting to his lab in France. "I found [the commute] very boring so I had to do something while driving, so I started to record birds flying away," Legagneux said. Using only a stopwatch and a notebook, Legagneux measured the reaction times of birds that he spotted on the edge of the road while travelling in regions where the speed limit ranged from about 12 to 70 miles per hour (20 to 110 kilometres per hour). "When the birds flew away, I started my timer and I fixed the point where the birds were standing. And when I passed over this point, I stopped my timer," Legagneux explained. "So I had the time elapsed, and because I also recorded our vehicle speed, I also had the distance." 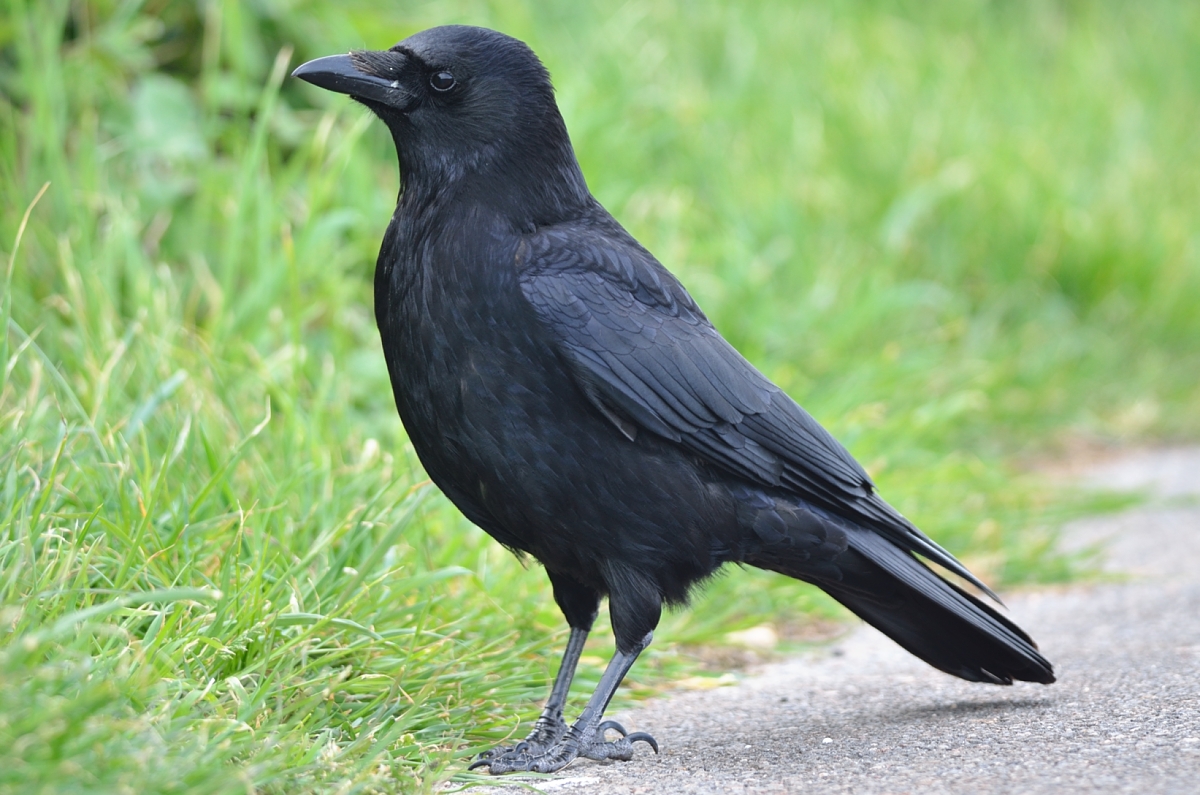 Carrion Crows are routinely found feeding in the road, yet always seem to know when to move out the way of an oncoming vehicle
(Photo: Barry Nield)

Legagneux and his colleague, Simon Ducatez of Canada's McGill University, found that the birds — mainly Carrion Crows, House Sparrows and Blackbirds — took flight earlier after spotting their car in areas where the speed limit was higher. Curiously, the birds did not seem to pay attention to the car itself. "They reacted the same way, no matter the speed of the car," Legagneux said.

The scientists speculate that some combination of two things might be happening. First, it may just be a case of natural selection in which individuals that failed to take off quickly enough are killed. As a result, only those birds with traits that help them successfully escape oncoming traffic go on to reproduce. Another possibility, Legagneux said, is that the birds are actually learning to adapt to different traffic speeds. Daniel Blumstein, a biologist and bird behaviourist at the University of California, Los Angeles, said he could easily see how learning might be taking place. Imagine, he said, a scenario in which a bird is foraging next to the road and a truck drives by. "If the truck is moving fast, the bird is going to get knocked around by the vortices coming off that truck" said Blumstein. "So the bird, if it survives, is going to learn very quickly that the truck produced a very adverse experience... One or a few trials of getting knocked around may be sufficient for the bird to learn that cars are approaching faster on certain roads than other roads." 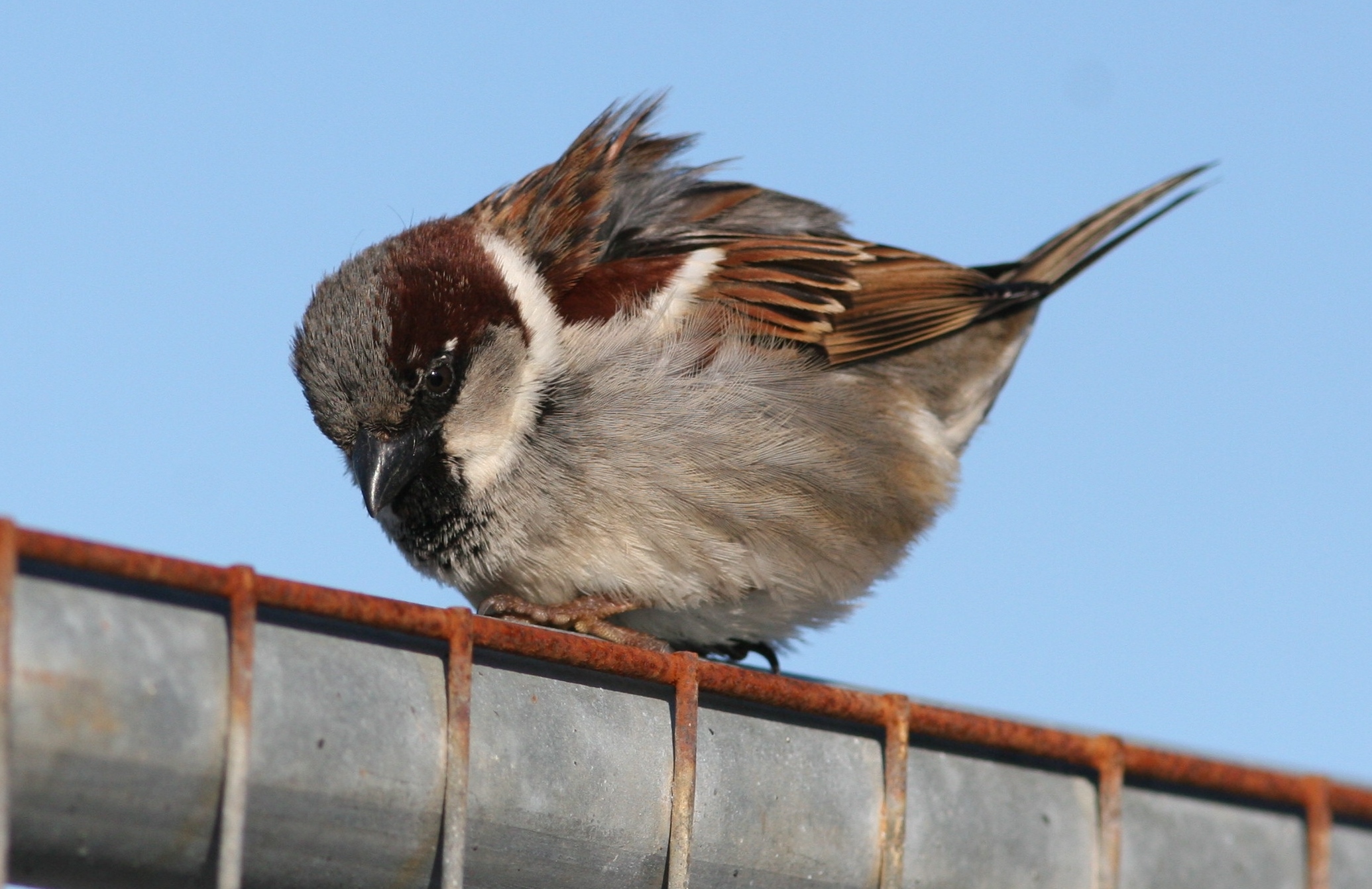 It's not just crows — House Sparrows also seem to have their wits about them when feeding in the road (Photo: Adam Peet)

But why did the birds seem to ignore the speed of the scientist's car itself? It's possible, Legagneux said, that the birds might have just learned that it's simpler to react the same way for any given section of road. "This way, they are not spending a lot of time being vigilant by looking at the speed of each car," he said. Legagneux added that the findings have implications for making roads safer for wildlife. "If you have different speed limits for similar roads in similar landscapes, it could be dangerous for birds because they hardly have any cues of those changes."

Original article by Ker Than adapted from the National Geographic website.