It's not so long ago that Estonia was part of the Soviet Union and western birders had no idea what a great place it was for birds. But when Estonia became independent and opened its doors to visitors, Finnish birders were the first to hop across the Baltic from Helsinki and discover its wonderful birding sites. Since then some Finnish birders seem to have adopted it as second home and one team made the rest of Europe sit up and take notice when they recorded no fewer than 191 species in a day — a new European record. 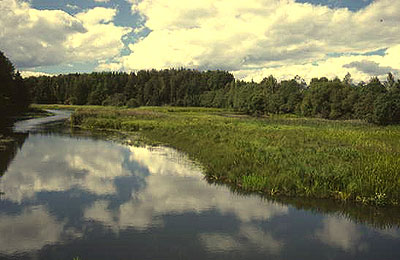 Rapina, Eastern Estonia; much of the countryside consists of unspoilt areas of lake, forest and marsh. Photo Jari Peltomakki, Finnature

This spring, I got the chance to see Estonia for myself and was lucky enough to be shown around by two Finnish birders who know it well, Jari Peltomaki and Ari Latja, both tour leaders for Finnature. My main aim was to gather sound recordings for the BirdGuides archive and Estonia proved to be excellent for this. Not only were songbirds significantly more numerous than in Britain but also there were many locations with no background noise at all, no traffic noise, not even the regular drone of planes. Meanwhile Jari's main preoccupation was photographing birds, not by staking them out for days and setting up hides but just by pointing and pressing at whatever birds came close enough while we were birding. Some of his photos are reproduced here.

So, what were my impressions of the place and its birds? Estonia wasn't at all what I expected. Having been in the Soviet Union until so recently, I expected Estonia to be rather 'primitive' in the state of its roads, its buildings and its shops, much like Poland was 10 years ago but perhaps even more so. What I found was a country with very good roads, modern-looking towns, excellent hotels and supermarkets that were no less well-stocked than our own. Since the Estonian language is very similar to Finnish, the road signs looked as if they were in Finnish and since I was in the company of two Finns I found myself constantly thinking I was somewhere in southern Finland. So, as a place, Estonia is more like Finland's newest state than anything remotely Russian. 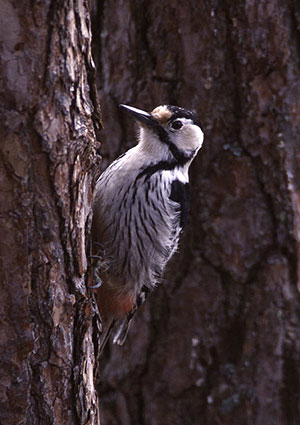 White-backed Woodpecker is a difficult species to find in most of Europe, but they are relatively numerous in Estonia. Photo: Jari Peltomaki, Finnature

As a birding destination it's more like eastern Poland — but with a coast! Many of the species that birders seek in Poland are here too: Great Snipe, Lesser Spotted Eagle, White-tailed Eagle, Three-toed, Middle Spotted, White-backed and Black Woodpeckers, Nutcracker, Red-breasted Flycatcher, Thrush Nightingale, Red-necked Grebe, Marsh Warbler, River Warbler, Penduline Tit, Spotted Crake, Corncrake, Black Stork, White-winged Black Tern, etc. But some of the species that are most difficult to find in Poland are significantly easier here: on my short trip we saw Citrine Wagtails at several sites, had fantastic views of Hazel Grouse and would surely have seen Spotted Eagle too if we'd had time to linger at one of the best vantage points. Being a little further north than Poland, Estonia is also a better bet for birds like Black Grouse, Capercaillie and Blyth's Reed Warbler. 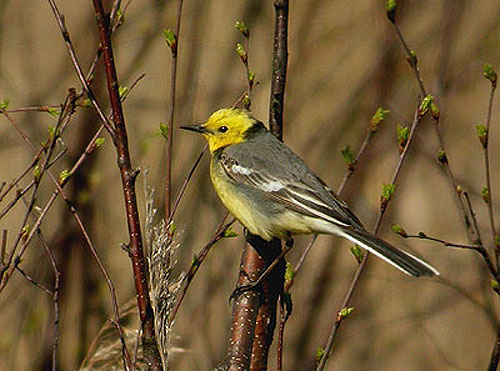 Citrine Wagtails are known to breed in one or two places in Estonia but we also found 'our own' at a couple of different sites. They could be easily missed though if you didn't have someone in your party who knew their calls as well as the Finnish birders do. Photo: Harri Taavetti, Finnature

What makes Estonia really special is that, in addition to such a mouth-watering list of eastern specialities, it also offers fantastic coastal birding, especially in the migration seasons when thousands of birds can be seen pouring through the Baltic region en route to the Arctic or resting in the coastal meadows between flights. The Matsalu Bay area for example has had counts of up to 40,000 Barnacle Geese, 16, 000 Bewick's Swans, 20,000 Cranes, 400,000 Velvet Scoters and 1.6 million (yes, million) Long-tailed Ducks. The passage of sea-ducks and waterfowl includes up to 200,000 Barnacle Geese and 60,000 divers during the spring. Of course, each week of the season presents a different selection of birds but even into May we were seeing thousands of Barnacle and White-fronted Geese and hundreds of Tundra Bean Geese. A little earlier and we'd have seen Taiga Bean Geese too. This spectacle of huge numbers of migrants or staging birds, with the excitement of so much going on, would alone make this a fantastic place to visit. Of course, wherever there are such numbers of birds, especially on a migration route, there's the chance of rarer species. We did find a Red-footed Falcon but couldn't see which of the Barnacle Goose flocks harboured the Red-breasted Goose that others had seen. 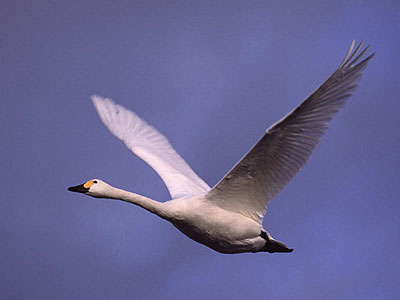 The numbers of geese, divers, seaducks and swans, such as this Bewick's Swan makes for really spectacular birdwatching around the Estonian coast. Photo: Jari Peltomaki, Finnature

So what did I enjoy the most? Well, I loved the woodpeckers, flycatchers, and nutcrackers in the forests, the spectacle of thousands of geese and the excitement of finding Citrine Wagtails apparently breeding at several sites. But for me the outstanding memories are of three species that gave particularly good views. It's not often that a Hazel Grouse calls and displays for a minute or two from just a few trees away. And it's always a red-letter day when you see a raptor attack its prey but when that raptor is as impressive as a Goshawk and you watch it chase down a Hooded Crow there's no wonder we were all going 'wow!' Lastly, Great Snipe can be really difficult birds to see, but here, with the grass still relatively short, we were able to scope them from a distance and watch them, more or less in the open, performing their amazing displays. I gather it's becoming more difficult to see these birds in Poland now so it's worth remembering that they can be seen so clearly here.

I thought Estonia was terrific and I think you will too. That's why I've decided to promote a special tour to Estonia for BirdGuides readers. The tour will be led by one of the Finns from Finnature, Antero Topp. Antero is well-known to British birders as the editor of the excellent magazine Alula; he now spends a considerable chunk of each year in Estonia and will therefore make a perfect guide. The tour will be organised through Celtic Bird Tours, a British bird holiday company based in Wales who are able to provide all the security and peace of mind that comes with dealing with an ATOL bonded company (license 3243 — Burgess World Travel — partners, Celtic Bird Tours).

To find out more about the tour, with details of the itinerary and likely birds, click here.

For more of Jari Peltomaki's pictures from the 2004 trip, click here.

Celtic Bird Tours have already run 3 trips to Estonia with Antero Topp, making them one of the most experienced bird tour companies for that area. You can get an even better idea of what to expect from their 2003 trip report. To read this, click here.