Scientists have developed a new method for studying parasite numbers in the stomachs of individual seabirds in the wild. The technique enables the recording of video footage of worms inside seabird stomachs and is an important step forward in understanding the impact of parasites on seabird populations. The research was published on 13th December 2012 in the scientific journal Methods in Ecology and Evolution. The research team trialled the use of endoscopy, often used in human and veterinary medicine but rarely in field situations, to measure natural parasite loads, or burdens, of European Shags. The new study is part of ongoing work into how different factors such as gut parasites might affect the breeding success or survival of seabirds.

Shags have nematode worms (Contracaecum rudolphii) in their stomachs, obtained from their fish diet. These worms feed directly on food obtained by the birds, reducing for the food available to both parent and chicks. The team behind today's study was led by Dr Sarah Burthe from the NERC Centre for Ecology & Hydrology (CEH) in the UK. Dr Burthe and colleagues from CEH collaborated with scientists from the University of Edinburgh (UK), Biomathematics and Statistics Scotland (UK), Aarhus University, (Denmark) and the Natural History Museum, London (UK). The study was carried out on the Isle of May NNR, an important seabird colony off the east coast of Scotland that has been intensively studied since the 1970s. Dr Burthe said, "Endoscopy is used routinely in veterinary and human medicine but to our knowledge has not been used to measure parasites in wild animals. Our new method using an endoscope is a rapid, reliable and repeatable way of looking at gut parasites in European Shags which has no obvious adverse effects." 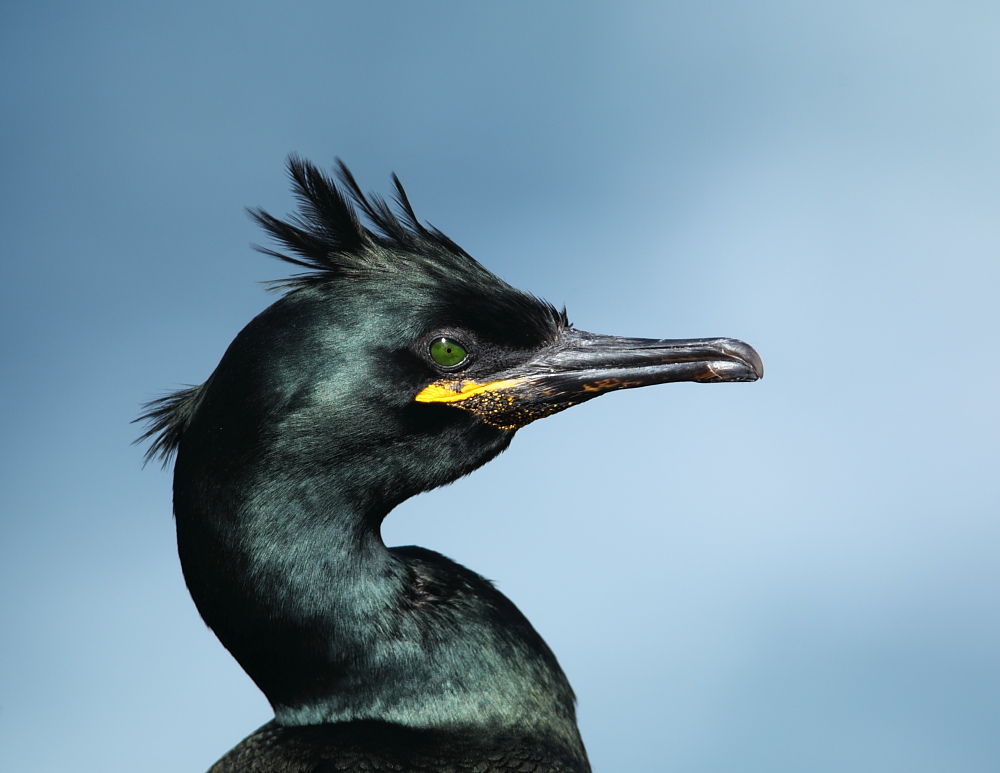 The study found that all birds had parasites ranging from low burdens of several worms through to high burdens of more than 40 worms. Burdens were significantly higher in males and in late breeders. There was a slight seasonal decline in worm counts within individuals. One way to get an understanding of the impact of parasites on breeding success and survival is to treat birds with an anti-parasite drug to reduce or remove worm burdens and then compare to untreated birds. However, until now the lack of a method to measure parasite numbers effectively has made it difficult to know whether such treatments have worked. The use of the endoscope enabled the researchers to conclude that, at a suitable dose, the anti-parasite drug completely removed nematode worms from the stomach of treated shags.

Study co-author Dr Francis Daunt, a population ecologist at the NERC Centre for Ecology & Hydrology, said, "Being able to monitor individual parasite burdens is a major step forward in this field of research. We are hopeful this new technique could be applied to other wild animal systems, possibly including reptile, mammal and other bird hosts." Dr Burthe added, "Endoscopy opens up some interesting research questions, enabling us to more fully explore the role parasites play in impacting the breeding success and survival of seabirds, particularly how impacts may vary with changes in prey availability."

Parasites are an important part of ecosystems, occurring in all wild animal species and playing an important part in the evolutionary process. Relatively few studies have focussed on gut parasites in wild animals, in part because it is very difficult to measure parasite levels in hosts without resorting to examining animal carcasses or counting eggs in faeces, both of which can be unreliable measures. Some previous ways of studying parasites in wild populations have involved killing birds. The endoscopy method is rapid and well suited to species that routinely swallow large prey items and/or where chicks feed by inserting their heads into the parent's throat. Observations from this study confirmed that Shags went straight back to their broods and their breeding success was as high as pairs that were not endoscoped.

Endoscopy is a licensed procedure and was undertaken under a Home Office Project Licence and conducted by trained personnel. The work had full ethical approval from the University of Edinburgh and CEH's Ethics Committees and the Home Office. As this was a novel technique that is usually undertaken in a clinical setting, the work was initially carried out under full independent veterinary supervision.