Wetlands are special places. On February 2nd 2009, people will be focusing on the world's wetlands as part of World Wetland Day, the date marking the signing of the Ramsar Convention on Wetlands 38 years ago. The day represents an opportunity to celebrate and promote the values and benefits of wetland sites around the globe. 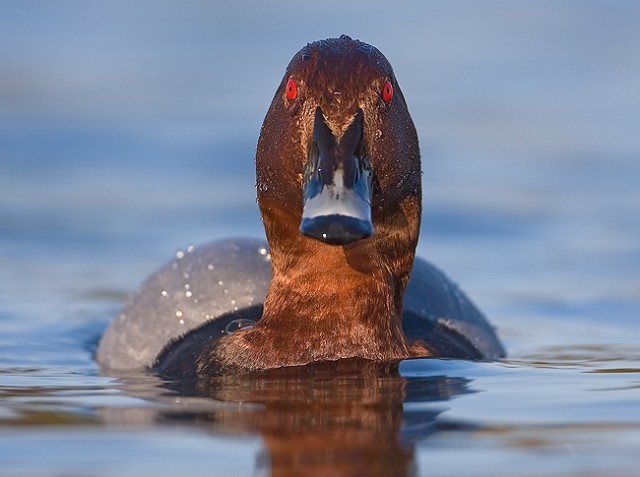 In the UK, many wetlands are of outstanding international importance for waterbirds — resulting in regular monitoring through the Wetland Bird Survey (WeBS), a partnership between the British Trust for Ornithology (BTO), the Wildfowl and Wetlands Trust (WWT), Royal Society for the Protection of Birds (RSPB) and the Joint Nature Conservation Committee (JNCC). Nationally, more than 3,000 WeBS volunteers enjoy the special atmosphere of over 2,000 wetland sites during monthly counts. This monitoring helps maintain up-to-date wintering population trends of many species, and ensures that the most important wetland sites are identified, protected and managed appropriately.

By way of example, the most recent Wetland Bird Survey report, Waterbirds in the UK 2006/07, illustrates a national decline in Pochard numbers first highlighted in the mid-1990s. The Pochard is a familiar diving duck of reservoirs, gravel pits and lakes, frequently seen in flocks and often mixed with Tufted Ducks. Very few Pochard breed in the UK, with most birds arriving from further east in Europe and Russia to spend the winter here. Declines in our wintering numbers have been most pronounced in Northern Ireland, Wales and Scotland, with a smaller fall in England too. These changes may reflect problems at individual wintering sites or on the breeding grounds, or represent a redistribution of birds in response to climate change, or a combination of all of these factors. 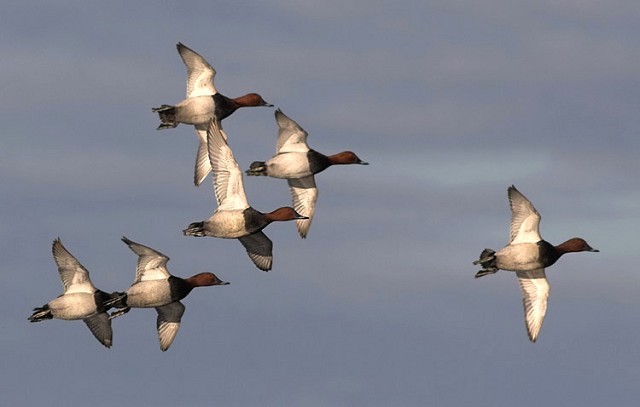 Chas Holt, WeBS National Organiser at the BTO, said "The decline evident in wintering numbers of Pochard is just one example of the importance of annual monitoring of our wetlands. Thanks to the dedicated efforts of WeBS volunteers, such changes in waterbird populations can be identified and future research suitably directed. Their counts will also help to show how Pochard distribution may have been affected by the coldest winter experienced in the UK for over a decade."

David Stroud, Senior Ornithologist with JNCC, noted "It is important to find out whether Pochard numbers have really declined overall or whether their distribution has changed and birds that used to come to the UK are now staying in other countries. The Ramsar Convention encourages countries to work together on the conservation and monitoring of shared migratory species such as the Pochard. To this end the UK contributes its counts to the International Waterbird Census so as to develop this bigger picture." 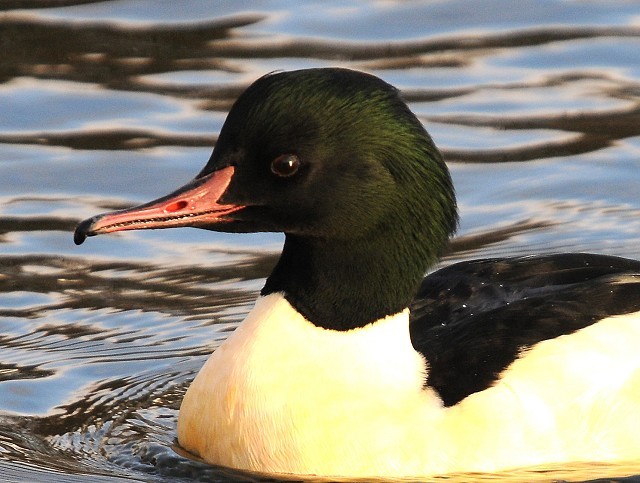 Richard Hearn, Head of Species Monitoring at WWT, said "As well as the Pochard, similar declines in other duck species such as Mallard, Goldeneye and Goosander have also been observed in the UK in recent years. Elucidating the influence of short-stopping on these observed trends is an important priority for the effective conservation of these species. This requires increased coordination and collation of counts at a flyway level and better monitoring of breeding success and survival rates. Understanding the influence of short-stopping, and thus whether these populations are in decline or redistributing (or both), will allow more effective prioritisation of appropriate conservation action. We also need to better understand whether redistribution itself could result in a downturn in numbers, for example due to a lack of protected sites within the new range."

February 2 each year is World Wetlands Day. It marks the date of the adoption of the Convention on Wetlands on February 2 1971, in the Iranian city of Ramsar on the shores of the Caspian Sea. Each year since 1997, government agencies, non-governmental organisations, and groups of citizens at all levels of the community have taken advantage of the opportunity to undertake actions aimed at raising public awareness of wetland values and benefits and the Ramsar Convention. For more information about World Wetlands Day visit www.ramsar.org.
Written by: BTO