Bird names have long generated debate and controversy, and it's only in recent years that an international standard has started to prevail. The pivotal moment in that process, instigated by the International Ornithological Congress (IOC), was the publication of Frank Gill and Minturn Wright's Birds of the World in 2006.

Subtitled Recommended English Names, it was the culmination of 15 years of debate and compilation, resulting in a list of unique English names for the world's birds, agreed by a consensus of leading ornithologists. At its core were guiding principles which mixed common sense with rules on punctuation and standardisation, and such has been its success that the work lives on as the continually updated IOC World Bird List (www.worldbirdnames.org).

Yet there is one significant issue which the IOC and other compilers of world checklists have never addressed: eponymous and honorific common names. These have been thrown into the spotlight following this year's Black Lives Matter protests which, among other things, have led to the long-overdue questioning of the way in which some historical figures are celebrated and commemorated. 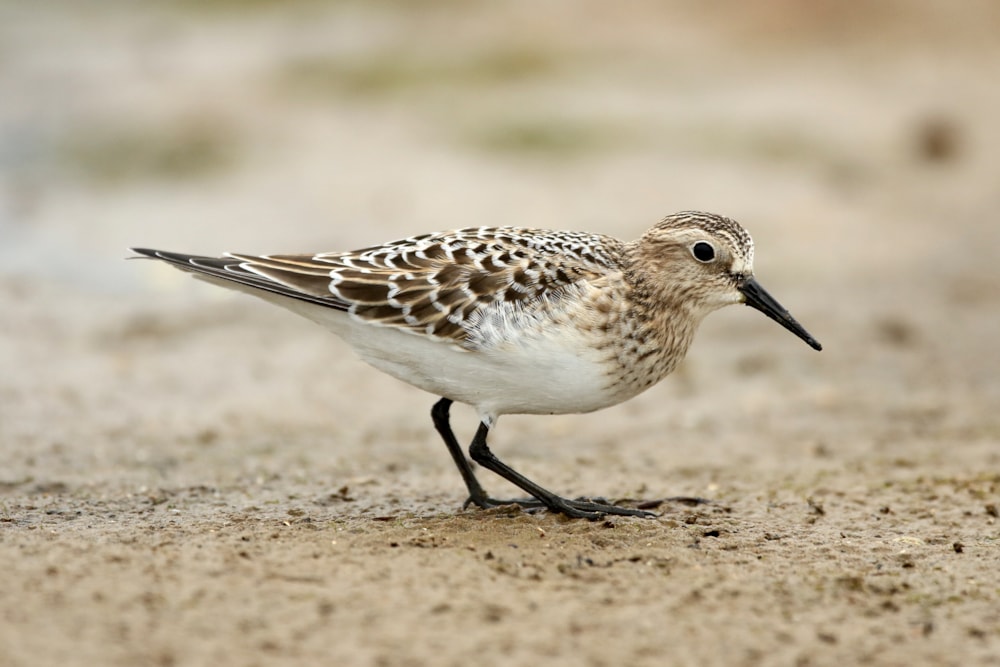 Baird's Sandpiper (above) and Baird's Sparrow, named for 19th-century American naturalist and Smithsonian Institution curator Spencer Fullerton Baird, are among more than 800 bird species with honorific or eponymous common names – some commemorating less-deserving figures than others (Dominic Mitchell).

For those who think this has nothing to do with bird names, think again. There are well over 800 species whose names recognise those involved in, linked to or honoured by their discovery. These monickers might evoke thoughts of a long-forgotten, romantic age of exploration in remote parts of the world, yet the historical reality is often very different. The sad truth is that this era of ornithological discovery is inextricably intertwined with an exploitative period of colonial history and imperialist conquest, and you often don't have to look far to find links to slavery and the brutal subjugation of inhabitants of occupied countries.

As but two examples of this from the New World (there are also plenty from the Palearctic), John McCown (as in McCown's Longspur) played a significant role in the Confederate army during the American Civil War, while when an epidemic raged among Native Americans, John Kirk Townsend (of solitaire and warbler fame) commented: "I don't rejoice in the prospect of the death of the poor creatures certainly, but then you know it will be very convenient for my purposes." Do we really want to commemorate those with such views in the names of our birds? Definitely not.

The controversy surrounding McCown recently led the American Ornithological Society (AOS) to issue a statement on the naming issue, signalling that change may come [confirmation of this came in mid-August 2020 – eds]. In the 20 years since Long-tailed Duck replaced Oldsquaw as the official North American name for Clangula hyemalis, there has been better understanding of the offence some names may cause, and how societal norms are changing. It may not go far enough for some – a petition has already been started to change the bird names of all North American birds that, say the organisers, "commemorate men who participated in a colonial, genocidal, and heavily exploitative period of history … By removing [all] eponyms, we show that we value inclusion over tradition."

It's hard to disagree with the sentiment behind the petition, but the removal of all eponyms as the first action of this overdue re-examination is too sweeping. Instead, I'd prefer to see a joint committee established by the AOS and the IOC to draw up objective criteria against which all such names can be assessed. For me there's no issue in honouring those of good character who have made an important contribution – Salim Ali's Swift, named in 2011 after the giant of Indian ornithology, is a good recent example. But it's absolutely clear that with historical honorifics and eponyms, review and change is needed. We can and must do better.