I'm nothing if not a creature of habit. Every 1 January, I look forward to recording the first species of the new year. This is despite the fact that it's almost always a Robin. Heading out well before dawn for a day in the field, Robins are typically the only birds up that early and in full voice in mid-winter. The year usually begins at my not-so-local patch at Rainham Marshes on the Inner Thames, hoping to start a good day list with a hunting Short-eared or Barn Owl – both notable in the London area.

This time, however, I broke with tradition and we stayed with family in Scotland at the turn of the year. As dawn broke on New Year's day, my 2019 list started with a Grey Heron in scenic Dumfries and Galloway – a welcome if unremarkable change from suburban Robins. Within an hour, however, I was at the RSPB's fabulous Ken-Dee Marshes reserve, watching Greenland White-fronted Geese and Willow Tit – neither of which I had seen in 2018. 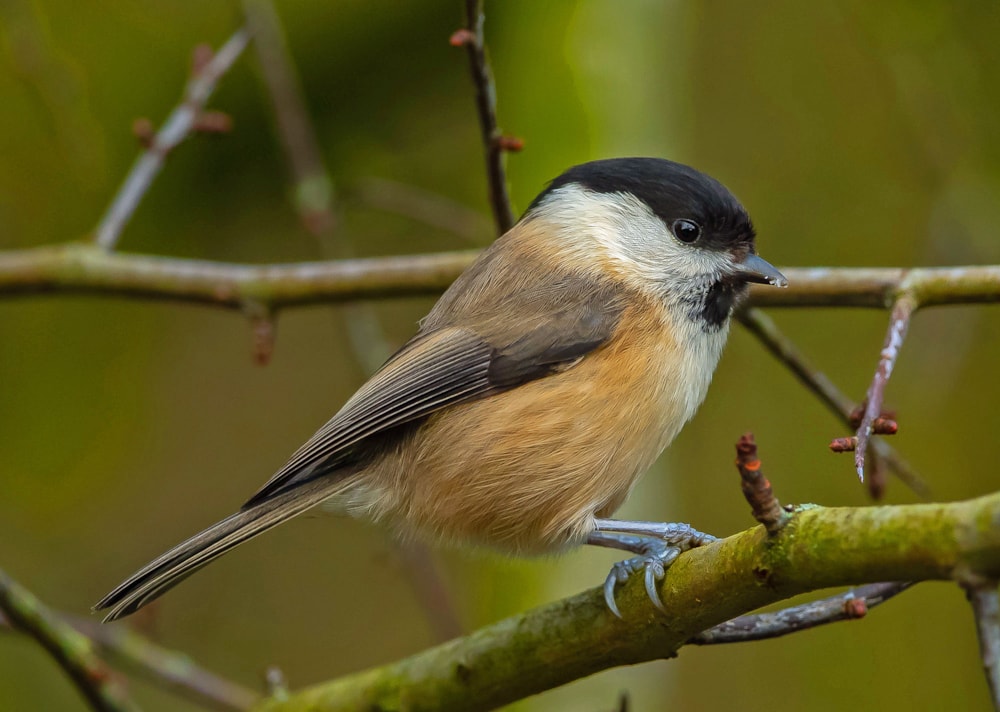 Now scarce or absent in much of the country, Willow Tit is a welcome species on any New Year's Day list and all sightings add to our knowledge of its distribution. But would you really tick your first one in the hand? (Roy Peacock).

I know this because, at a glance, I can check the eBird app on my phone and see exactly what I saw when, and where. This is where birding is in 2019 – and I love it. I miss keeping a notebook, but any nostalgic longing for old-school record keeping has been far outweighed by the benefits of the new tools of our trade. Yet the overview of my lists that eBird provides is not why I use it, nor its primary purpose – I want to contribute data that can be used for research and ultimately conservation, and sharing my records on a platform used by more than 430,000 birders globally is the perfect fit.

I hadn't actually kept a proper year list for decades until I started eBirding full time in 2016. But I like the fact that the system into which I now enter all my records organises everything so efficiently, from historical patch lists and overseas trips to stored locations and county and country year lists. It also encourages discipline in counting birds and recording them, and by extension in listing.

This may come as an unwelcome development to those who regard listing as a personal matter: "What I count on my list is my business." A friend actually said this to me once, after I realised he was ticking off birds I'd seen and he'd missed on his trip list. I hope he can sleep at night. In North America, the American Birding Association publishes a set of 'Recording Rules and Interpretations' for its members, and while these aim to create a level playing field for the ABA's competitive listers, they are commonsense guidelines worthy of wider application.

We could certainly do with them in Britain. A personal bugbear of mine is the 'in-the-hand tick' – a mega produced out of a mist net and ticked by the crowds. I love to see a rarity in the hand as much as the next birder, but add it to my life list on that basis? No thanks. Yet many do tick temporarily captive Swinhoe's Storm Petrels, Lanceolated Warblers and similarly elusive vagrants. For what it's worth ABA rule 3 advocates that to count a species "The bird must have been alive, wild and unrestrained when encountered", defining unrestrained as not being "held captive in a cage, trap, mist net, hand, or by any other means".

That's not to say that everyone from the land of the free always follow the rules, and there are plenty of US birders visiting the UK who have happily ticked off Ravens at the Tower of London and exotic wildfowl in the collection in St James's Park, unable or unwilling to make the distinction between wild and captive birds. But in general, such guidelines help improve the quality of personal lists and the data entered into online recording platforms such as eBird – and that can only be a good thing for birding.