A quarter of a century ago, Caspian Gull was an unknown entity to birders in much of Europe. Then, in 1997, the publication of two landmark British Birds papers by the late Martin Garner lifted the lid on what was to become an increasingly less cryptic species.

Martin's huge contribution to the identification and separation of Caspian, Yellow-legged and European Herring Gulls made finding a 'Casp' a real possibility for many. Coupled with its westward spread and increasing frequency of occurrences in Britain, Caspian Gull ceased to be treated as a rarity and is now an expected visitor outside the breeding season to favoured rivers, wetlands and roosts in mainly eastern England.

I recount this briefest of histories because there are obvious similarities with the present status of 'Baltic Gull', the nominate fuscus form of Lesser Black-backed Gull that breeds in north Norway, the Baltic and the White Sea in Russia. Just as Caspian Gull was in the early days, it is treated as a subspecies rather than a species, its identification criteria need establishing fully, and in Britain it is officially considered a rarity.

How rare it actually is remains a moot point, something that the British Birds Rarities Committee (BBRC) readily acknowledges. I checked the total of accepted records in the latest BBRC report (British Birds 114: 570-628) and was amazed to find that Baltic Gull was unrecorded in Britain in 2020 – at least officially. The last records were as long ago as 2016, and there are currently just 12 accepted occurrences. On paper, Baltic Gull is a mega, but like Caspian Gull before it, the reality is quite different. 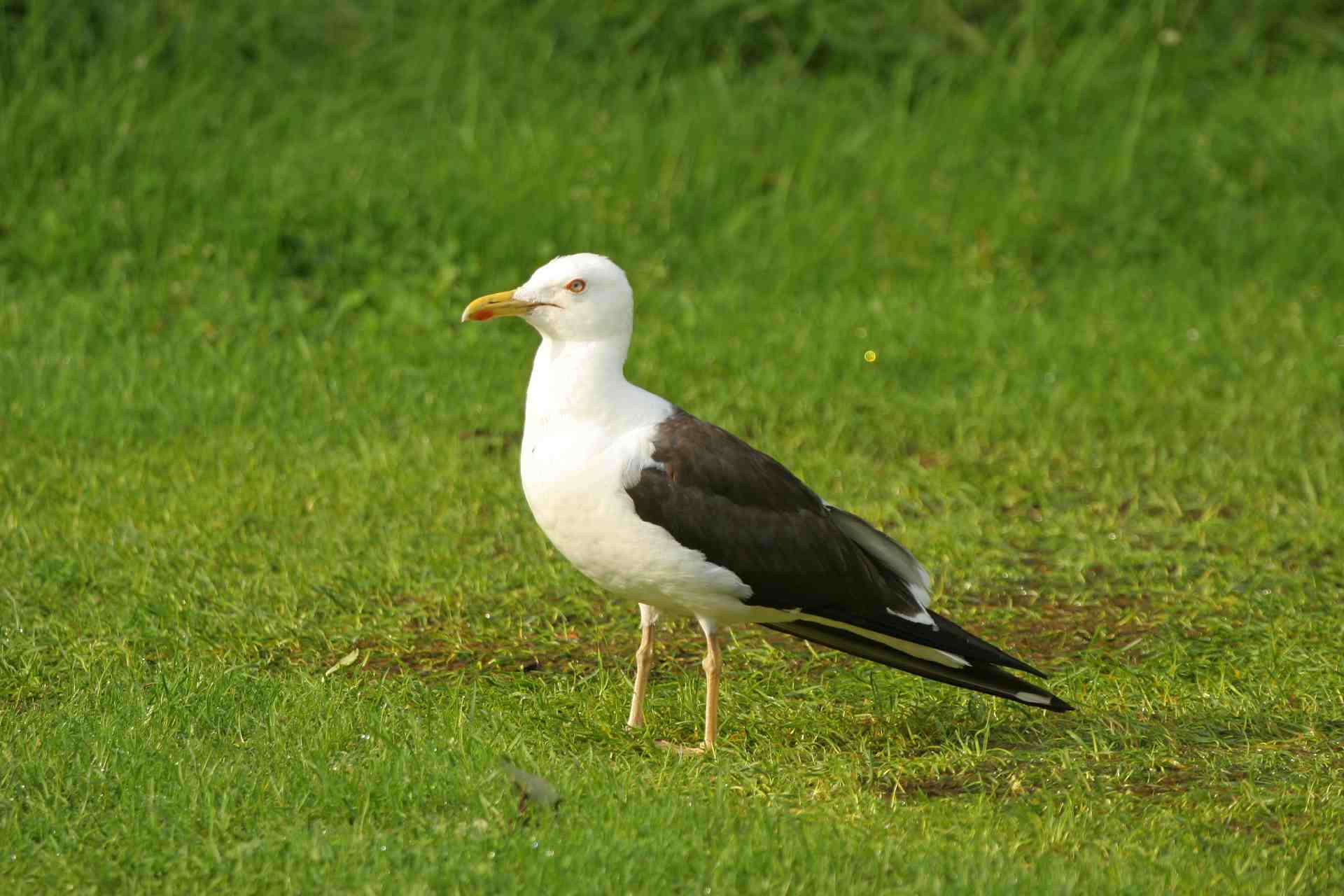 How many Baltic Gulls are going unnoticed at unwatched gravel pits, reservoirs and landfills around the country? (Dominic Mitchell / www.birdingetc.com).

The burden of proof

The crux of the issue is the weight of evidence needed to get a record accepted. Understandably, the BBRC wants unequivocal proof with any submission, as it does for all species it considers. But in the case of Baltic Gull, this means that currently only those ringed within the breeding range or second-calendar-year birds showing a unique moult pattern from April to June (and sometimes as late as August) are deemed acceptable.

Of the 12 records so far, eight have been of ringed birds and four have involved second-calendar-years in summer. Clearly, however, this well-documented dozen must be the tip of a very large iceberg.

We can't ever know how many Baltic Gulls wander west of their usual migration routes from northernmost Europe to Africa, but we can look at indicators of probability. In the Horsvær archipelago, Nordland, north-west Norway, 928 chicks and 182 adults have been ringed since 2005; amazingly, 14 have been resighted in Britain, including five at a Gloucester landfill alone. None have yet been accepted, but that is surely a formality now that Carl Baggott and co-authors have recently established that breeding birds at Horsvær are indeed fuscus (British Birds 111: 499-511).

If 1.26% of ringed birds from a single colony of up to 400 pairs can make it to Britain, how many others from Norway must go unrecorded? The same goes for Finland, with several ringed Finnish individuals among the few accepted records, but presumably many more unringed and undetected birds venturing across the North Sea.

Then there's the revelation this summer that focused efforts by Thomas Miller and others documented four second-calendar-year Baltic Gulls at a single Oxfordshire site. Think of all the other gravel pits, reservoirs and landfills that go unchecked during the warmer months – there could be hundreds of fuscus lurking out there.

My own interest in Baltic Gull was reignited after finding a classic small, long-winged adult in Norfolk in September that fitted the bill in every way – except that it was unringed. Without the jewelry there seems little point in submitting the record, but hopefully in a few years' time someone will find a way to articulate satisfactorily what we know we are seeing in the field. After all, it's happened before.