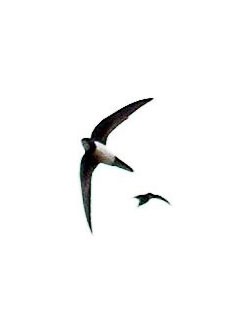 The previous few days had been pretty good at Dunwich Heath where I work as a warden for the National Trust, and where the vast majority of my birding now takes place.

Saturday evening (26th) had seen a Montagu's Harrier come into roost and a clear sunny Sunday (27th) meant that the reserve was teaming with people, but not passerines! However as my workday drew to a close I was made up by an Alpine Swift that majestically soared and fed over the car park for 5 mins (which then pleased many Suffolk listers by taking up residence at Minsmere and Sizewell).

Tuesday 29th was a frustrating day. A friend phoned me about superb views of a Black Kite low over nearby Westleton Heath and White Storks over Westleton and Minsmere. Consolation came in the form of a superb Rough-legged Buzzard hunting and hovering low over me in the evening before it drifted south.

Wednesday 30th started manically. I turned on my mobile phone to be greeted with five messages from two birding friends of a Black Kite seen independently by them both over a plantation near to the heath. I primed up my work ATV and whizzed down to the reserve (a good move in hindsight). Within a few minutes the Black Kite flew out from the plantation being harassed by a crow, and giving superb views down to 50 metres on and off for the next 10 minutes (last being seen at 08:35). I commented with "no messing about with views like that" (or words to that effect!). A few phone calls and radio calls were made to the RSPB staff at Minsmere, before I had to zip back to get my volunteers started (though birding was uppermost on my agenda).

At about 10:30 an excited radio call came through from Minsmere RSPB of a Red-rumped Swallow over their reedbed. I hurried to the southern edge of the heath allowing a panoramic view of the heath and Minsmere North Marsh. I suddenly noticed a large raptor (now 10:45) sweeping low across the heather southwards. Its narrow, pointed, wings and long slender tail, light and buoyant flight with tiny white rump revealed it to be a ringtail Montagu's Harrier as it passed 200m in front of me, before continuing onwards over Minsmere. A quick radio call enabled many of the RSPB wardens to watch it continue south. 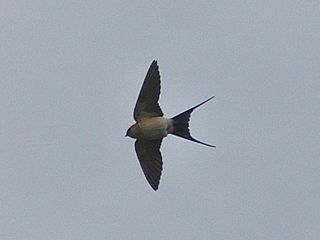 After a coffee I decided to walk along the clifftop and over the radio came news of a White Stork (11:10) drifting SSW over the back of Minsmere. I looked but I think the bird was just too far away to pick it up. However, as I looked up at a column of thermalling gulls (11:15) I noticed a large raptor soaring high in-off the sea. The clean-cut, contrasting black and white tail, black belly and carpal patches readily identified it as my second Rough-legged Buzzard in two days on the heath. The bird held its line and continued on its course inland. Lowering my bins and glancing offshore I suddenly noticed (now 11:18) a huge bird circling low offshore. 'Binning it' I couldn't believe I had now picked up a Common Crane. It majestically circled, then slowly flapped south just offshore. Again a radio call and the RSPB staff were onto it (it was then seen at Sizewell at 11:30). All in all, this was quite a manic few minutes!

After checking for passerines, with my first Turtle Doves and Grasshopper Warbler and increased numbers of Common Whitethroats and Garden Warblers I opted for a sit down overlooking Minsmere North Marsh from my main car park. At 12:40 a Common Buzzard drifted southwest and the Alpine Swift put another appearance zooming over my head and over North Marsh. After this things quietened down (!) with Minsmere logging another 2 Common Buzzards and a singing Golden Oriole.

The day had started sunny with blue skies and by mid-morning a low overcast cloud had developed with a force 3-4 SSW wind that picked up in the afternoon and rain then moved in. A pretty good day's birding which ranks up there amongst the best (although I did see Siberian Blue Robin, Pallas's Warbler and Sociable Plover in 2 hours in Suffolk in 2000).