Recently we reported on a Dark-breasted Barn Owl found incubating eggs in East Anglia. Whilst carrying out routine ringing of Barn Owl boxes in East Anglia, Colin Shawyer, of the Wildlife Conservation Partnership, caught a remarkably dark female which was already ringed. Amazingly this turned out to be a Dutch ring, and even more surprising was that this bird was incubating three eggs. The bird was originally ringed (with ring 5377733) on 4th June 2007 as one of six chicks in a nest at Bingerden, near Doesburg, Overijssel, Netherlands. 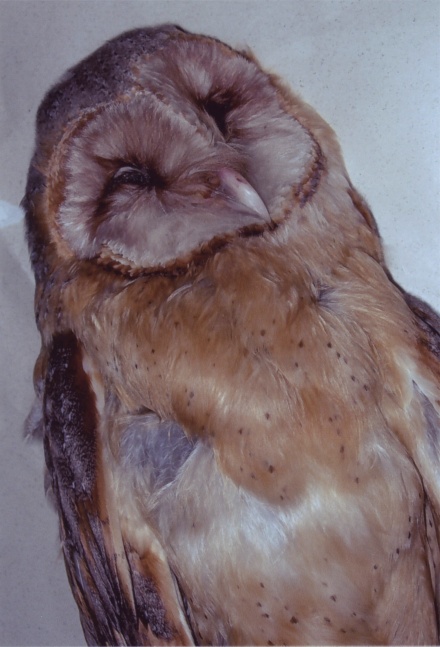 Very sadly this same bird was picked up freshly dead on the A10 at Southery, Norfolk, on 12th July. We have no further information at this time as to whether the owlets fledged, but it is unlikely that they have unless the male parent was particularly attentive. 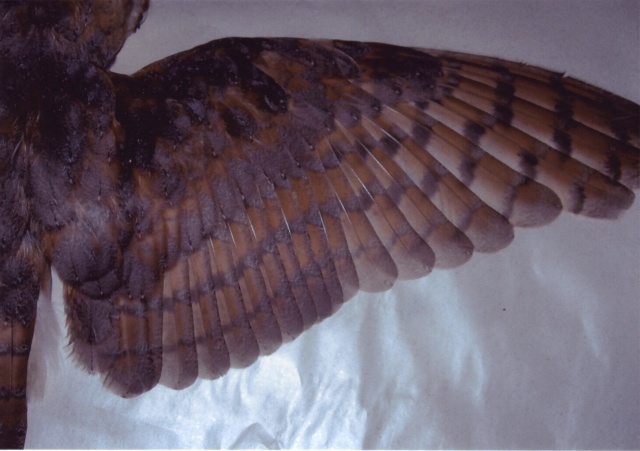 If you find a ring, or see a colour-ringed bird, you can report it online at www.ring.ac.