A new study suggests that dabbling ducks may be a major dispersal pathway for a far broader spectrum of plant species than previously considered.

Dabbling ducks (Anatinae) are omnivorous birds that are widespread, numerous, highly mobile and often migratory, and therefore have great potential for long-distance dispersal of other organisms, including plants. However, their ability to act as plant dispersal vectors has received little attention compared to frugivores and is often assumed to be relevant only for wetland species. 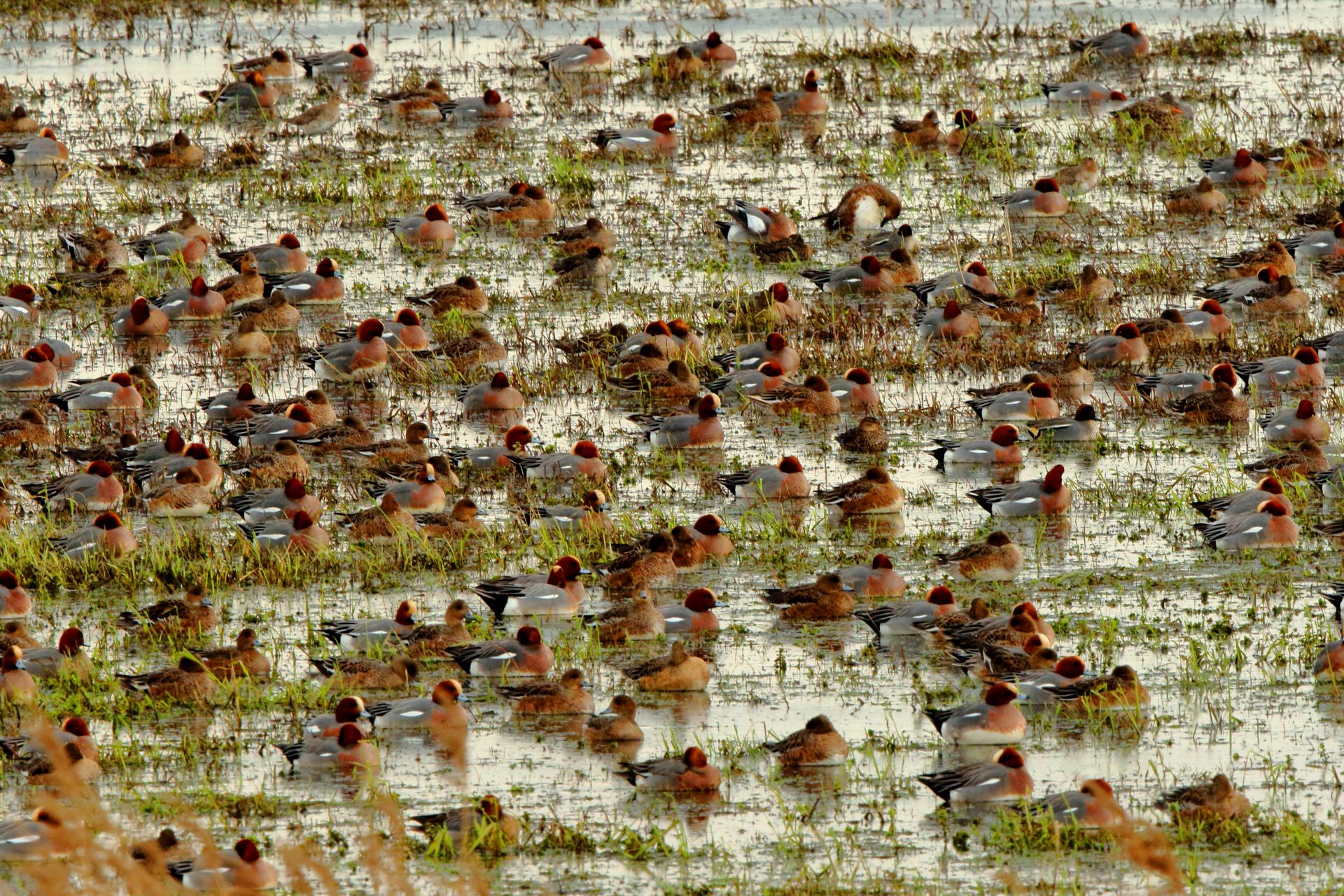 A large congregation of dabbling ducks has the potential to disperse huge numbers of seeds on a daily basis (Photo: Bryan Hutchings)

The research, published in Journal of Ecology, came to its conclusion after collating and analysing data involving the diets of the seven dabbling duck (Anas) species found in the Western Palearctic, as reported from gut content analyses, analysing the habitats and traits of these plant species to identify general patterns, and relating these to data on gut passage survival and duck movements.

Research revealed that over 445 plant species (of 189 genera and 57 families) have been recorded in the diet of dabbling ducks, and that wetland plant species make up just 40 per cent of those ingested. These came from a very wide range of habitats, illustrating the ducks' propensity to feed across a broad spectrum of surroundings and feed opportunistically on a wide cross-section of plant species available across the landscapes that they inhabit.

Given the millions of individual ducks, the hundreds or thousands of seeds ingested per individual on a daily basis, and known gut passage survival rates, this results in vast numbers of seeds dispersed by ducks per day, thus leading to the conclusion that internal seed dispersal by dabbling ducks appears to be a major dispersal pathway for a far greater number of plant species than was previously thought.