Cuckoos continue to throw up surprises

All five BTO satellite-tagged Cuckoos are now south of the Sahara and, despite the study having only been in action for three months, it has already thrown up a host of surprises and valuable scientific data. Two of the five Cuckoos surprised everyone by taking a westerly route through Spain, rather than the expected Italian route taken by the other three; Kasper flew straight over the Alps — even the mountain passes in this area are higher than the areas Cuckoos were thought to migrate through — and then crossed the Sahara at one of its widest points; Clement, the first of the tagged Cuckoos to take the western route through Spain, spent some time in Senegal before surprising everyone for a second time and moving east to the same general area as the three birds that took the Italian route. The tracking is already opening up even more questions: will Lyster, who is currently in west Africa, also head east to join the others? What will the birds do over the winter? Which route will they take to head back north in spring? And will the same birds take the same southbound routes come next autumn? 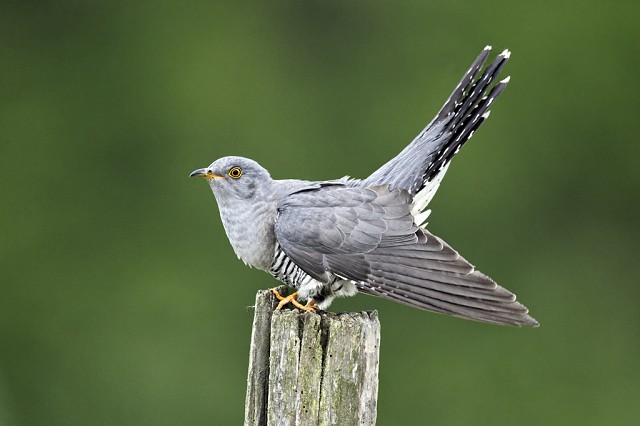 But setting up a tracking scheme like this doesn't come cheap. For a start, there's the cost of the tags themselves: £2,300 each; and then there's the additional cost of satellite data charges, in the region of £700, not to mention the staff time and other costs that go into running the project. Since the tags are solar-powered, the only limiting factor for the project during a bird's lifetime is the funding available to keep the satellite data running. The project budget originally allowed for a year's worth of tracking on each of the five Cuckoos. To keep the project running beyond its first year, the extra costs need to be covered — and that's where Cuckoo Sponsorship comes in. At the BirdFair alone, we raised £2,930 — it costs around £60 a month to run each tag on each bird so, in real terms, the money raised from Cuckoo sponsors at BirdFair equates to a further ten months of extra tracking for each of the Cuckoos — and overall £10,300 has been raised through Cuckoo Sponsorship. 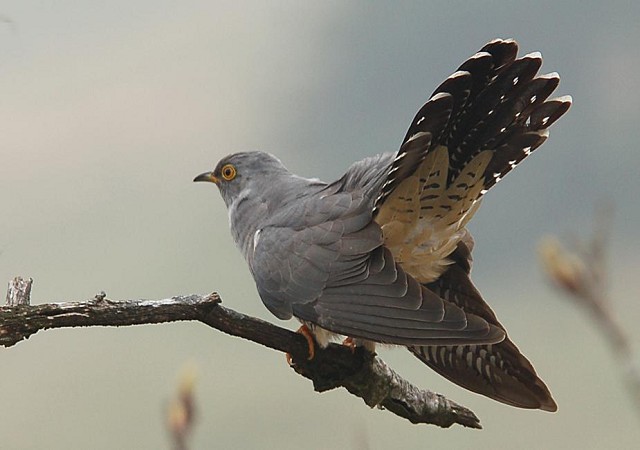 With the success of the first batch of tagged Cuckoos — both in terms of their making it to Africa and the fascinating data they have provides and in terms of the fantastic support and real enthusiasm from members of the public following the Cuckoos — it is hoped that the project can be expanded next year. A larger sample size of birds will provide extra crucial data on important stopover sites, winter movements and time spent at different sites. The possibility of being able to track females or even juvenile birds could shed new light on the migration routes taken by different sexes and ages, while tracking birds from different areas of the UK may help to answer questions about the conservation of the species. The Cuckoo population in Scotland had remained stable, despite large declines across the rest of the UK. Does this have anything to do with the migration routes or wintering areas that Scottish birds use? We're hoping satellite tracking will provide the answer.

To sponsor a Cuckoo or to catch up with the latest news from all five of the satellite-tagged birds, visit the BTO's Cuckoo tracking page.