Cuckoos back in the UK

We are delighted to report that there have been some exciting Cuckoo developments in the last week; Chance has become the first of our tagged Cuckoos to make it back to the UK and, in addition, Lloyd, the last of our Cuckoos to attempt the desert crossing, has made it successfully to Morocco!

New transmissions sent late on 25th April revealed that Chance was the first one to have returned to the UK. His location was 40km (25 miles) northwest of Newcastle upon Tyne and just 2km (just over a mile) south of the village of Wark on Tyne. The sensor data on Chance's tag indicated that he was actively migrating. From Spain and the foothills of the Pyrenees on 18th April, he travelled north 700km (400 miles), and by lunchtime on 23th April he was in France, 50km (30 miles) south-east of the port city of St Malo and closer to the UK than Chris. From here he has covered 763km (474 miles) to reach the north of England. By Sunday morning (28 April) he was back on the south shores of Loch Katrine, in the Trossachs National Park in the southern highlands of Scotland, approximately 1.6km (1 mile) east of the location at which he was caught in May last year. He is the first of our tracked Cuckoos back at his tagging site this year, although Chris would no doubt have made it some time ago had he not apparently opted to stay and breed in France. 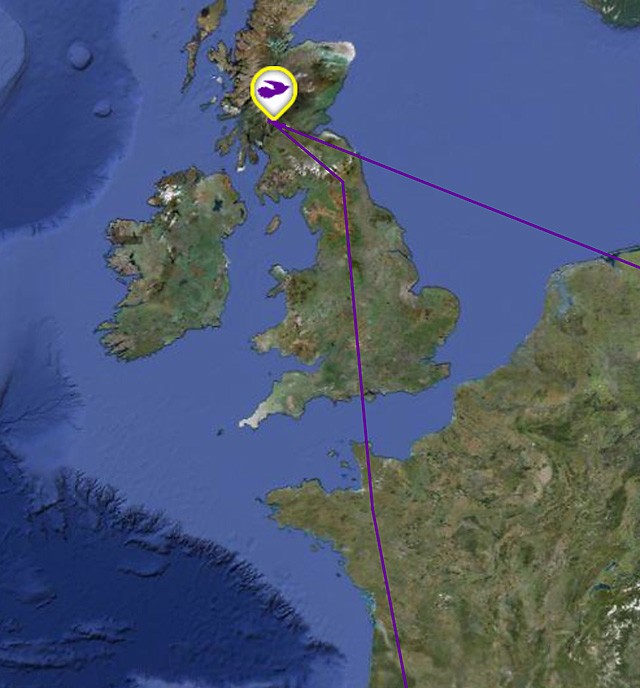 Meanwhile Lloyd has been on his own epic journey. Having started on his desert crossing from Ivory Coast, by mid-morning of 23rd April he was in central Algeria about two-thirds into his desert crossing. He had been heading northeast but, from his position in Algeria, he then changed direction and started to head northwest towards Morocco. By mid-morning of 25th April he was on the edge of the High Atlas mountains! He was still present in northern Morocco, having only made a small amount of progress, on 27th April.

Having still been in central Spain on 22nd April, by the morning of the 24th April David had moved 350km (218 miles) NNE to the southern slopes of the Cantabrian mountains in northern Spain. He didn't stay there long though, as by two days later (Friday 26th April) he had moved a further 935km (580 miles) in a direction slightly east of north to the area around Sherborne on the border between Dorset and Somerset. Very surprisingly, however, two locations received late that evening, less than two hours after the last one near Sherborne, showed that David was heading SSE over the Channel and was approaching the Cherbourg peninsula of Normandy! By the time his tag unexpectedly started transmitting the next afternoon (27th April) David had moved a total of 490km (305 miles) southeast from Sherborne, taking him to a heavily wooded landscape about 72km (45 miles) east of Tours, in the Centre region of France.

This is a really interesting example of spring reverse migration, a well-known phenomenon thought to occur when migrants arrive at a location and find conditions unsuitable for them. It usually involves birds moving down a mountain range or southwards, as in this case, in the hope of finding better conditions. David's decision could have been influenced both by the cool daytime weather and falling evening temperatures on 26th April at Sherborne and by the general lack of advancement of the spring due to the unseasonably cold weather earlier in March and April.

Chris remains just southeast of Mourmelon-le-Grand in the Champagne-Ardenne region of France. He has been there since 19th April. The area looks like good Cuckoo habitat, comprising blocks of woodland and areas of open woodland and scrub around an airfield. Chris staying here is clearly an example of breeding dispersal (a change in breeding area between years) rather than a stopover en route to East Anglia, although he could of course move on later in the breeding season. It's possible that Chris had little success finding females at Cavenham Heath near Mildenhall last year, prompting him to try pastures new this season.

Although it is well known that a small proportion of birds (and long-distance migrants in particular) disperse between successive breeding attempts, it has been fascinating to be able to observe this process through tracking Chris — especially as he initially returned to an area in Belgium that he visited during his southward passage last summer, suggesting that prior knowledge may have been important. It is very possible that Chris was able to find some females in this area last June, which might have made his decision about where to return to more straightforward! 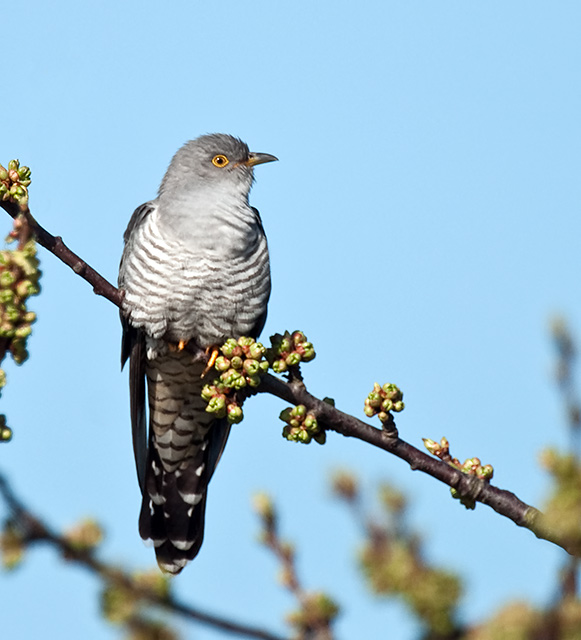 Early on 27th April, BB popped up in the Centre region of France having moved 940km (585 miles) NNE from the location in central Spain where he was last recorded on 22nd April.

We are also really pleased to have launched some new features on the Cuckoo page maps. Take a look at the new landing page to see animated routes and more! 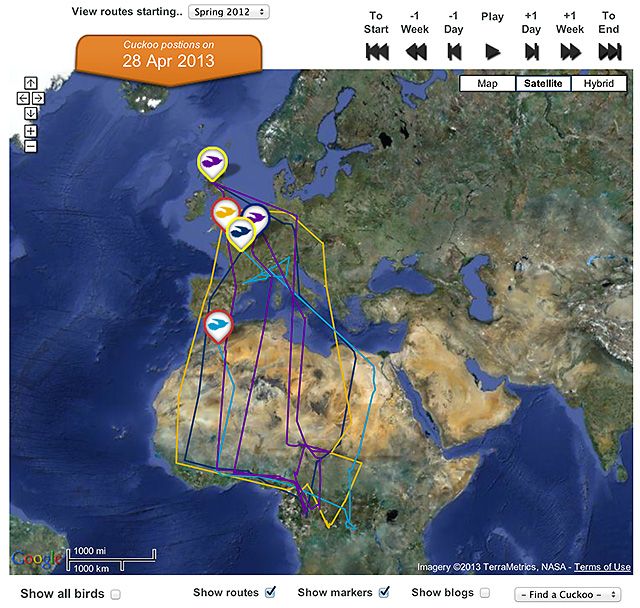