The Cuckoo is one of our fastest declining migrants, numbers dropping by over 50% during the last twenty-five years. Our knowledge about what this amazing species does once it leaves the UK is extremely poor, hampering our ability to explain the loss. Knowing where the Cuckoo spends the large part of the year when they are not in Britain is vital if we are to help reverse the decline. This spring the BTO has fitted five Cuckoos with satellite tags newly developed by Microwave Telemetry to help fill some of the gaps in our knowledge.

Chris Hewson, a research ecologist at BTO, said "By following these five Cuckoos in near real-time, we hope to identify migration routes, stop-over sites and wintering grounds in sub-Saharan Africa. This information is urgently needed to form conservation strategies to help reverse the decline. Further work will aim to establish how the identified areas are changing and how these changes are possibly impacting on the Cuckoo." 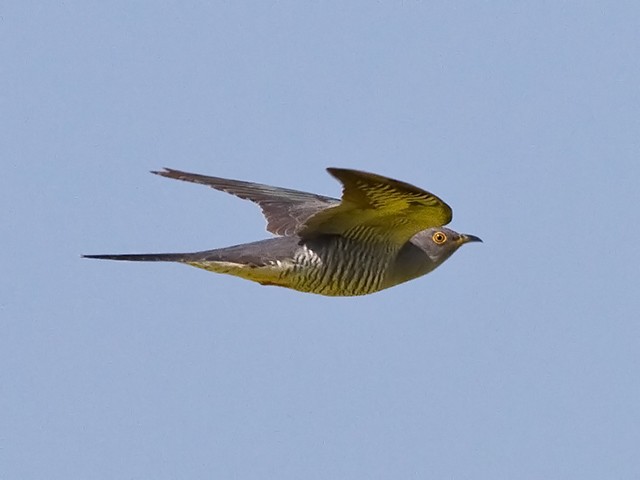 Four of the five tagged Cuckoos — which have all been given names — have begun their migration south and are already providing some interesting insights into movements. The first to migrate was Clement, who had left the UK by the incredibly early date of the 5 June when he was located around 160 km south of Paris — it was thought that our Cuckoos wouldn’t leave the UK until at least early July. Nine days later he had settled in wooded hills near Toulon in southeast France, where he was to stay for the next three weeks. Clement left the UK by a south/southeasterly route through Sussex and into northern France. By contrast, Kasper, the next bird to leave, crossed the North Sea from East Anglia and was located in the docks at Antwerp, Netherlands, on 13 June, almost directly southeast of his ringing location in the Norfolk Broads. From here he headed southeast along the French/German border and on into northern Italy. As expected based on ringing recoveries, it seems that northern Italy is an important staging area for British Cuckoos with three of our four migrating birds having stopped here; two are still hanging around at the time of writing. 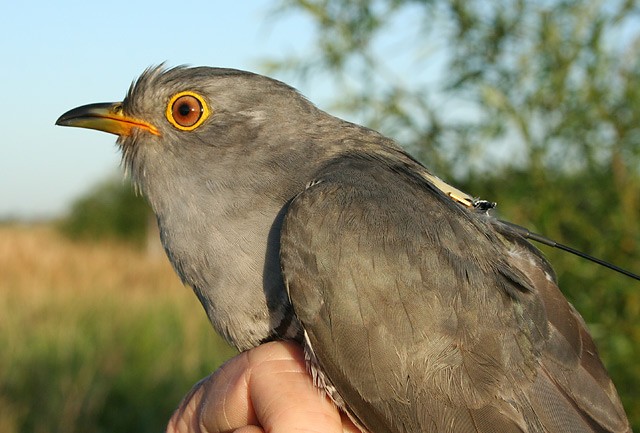 Cuckoo ready to be released after ringing complete with satellite tag (BTO).

So far, Clement is proving to be the most interesting bird. It is almost six weeks since he left the UK, and has had stopovers in central and southeast France, before a surprising move to the east coast of Spain, 100 km north of Valencia. There have only been two ringing recoveries of British-ringed Cuckoos in Spain, with most of the evidence suggesting that our Cuckoos migrate through the central/eastern Mediterranean into central Africa.

The next signal from Clement was received just before midnight on the night of 12th July and showed, much to everyone's amazement, that he was over the western arm of the Mediterranean 25 km SSE of Cabo de Gata; three hours later, he was in Algeria, 45 km southeast of coast, making Clement the first of the satellite-tagged Cuckoos to make it to Africa. By 9am BST he had settled down in a scrub-covered northern slope of the Atlas mountains in the Sidi-bel-Abbes region of north-western Algeria- one of the very last vegetated locations before the vast sandy and rocky expanses of the Sahara.

With three birds in Italy, one in north Africa and the fifth still in the Norfolk Broads, there is still plenty of action to follow as all of these birds make their way south.

Follow the exploits of Clement, Chris, Martin, Kasper and Lyster, or help fund the project by sponsoring a Cuckoo for as little as £10.00 at www.bto.org