New research has revealed an unexpected cause behind an unusual pattern in the feeding habits of Spanish vultures.

Cinereous and Griffon Vultures rarely cross the border into Portugal, despite the lack of any significant change in climate, topography or land cover. To understand why, researchers monitored 71 satellite-tagged individuals of both species in the border area between the two Iberian countries, and modelled their behaviour.

Their results strongly suggested that the behaviour was not due to differences in habitat or between species or individuals, but rather because Portugal and Spain have very different sanitary policies regarding dead livestock. In Spain, farm animal cadavers are allowed to remain in the fields for vultures to consume, while in Portugal they are collected by the authorities. As such, the study is a fascinating illustration of how a political boundary can create an ecological barrier due to differences in wildlife management policies. 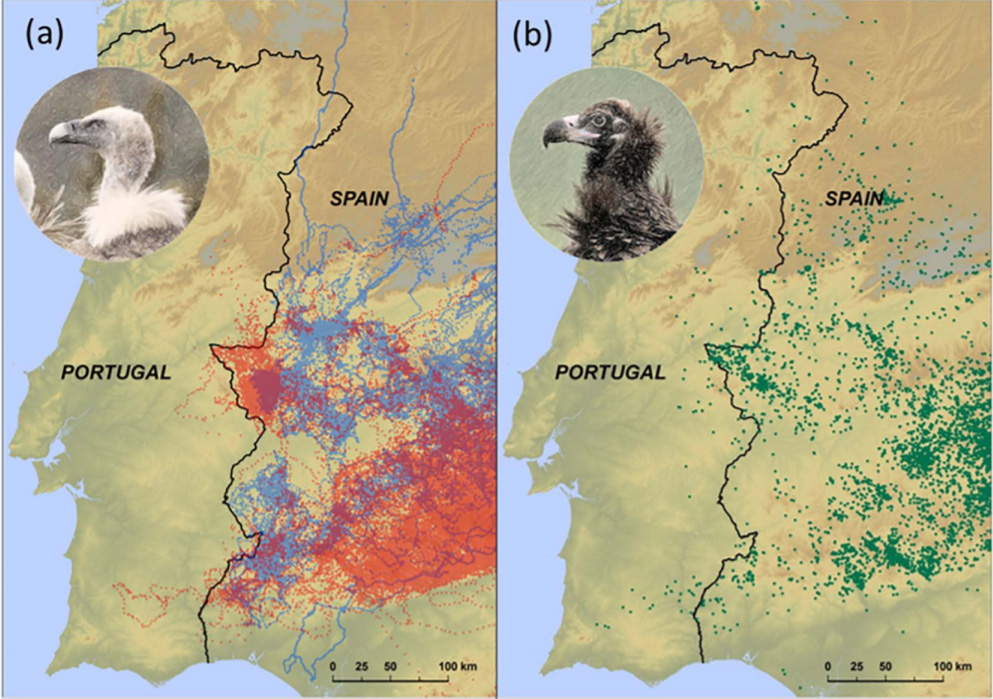 Locations recorded near the Spanish-Portugal border of GPS-tracked Griffon (a) and Cinereous (b) Vultures (graphic: Arrondo et al).

The reason for such a different policy on carcass removal is down to the regulations introduced in response to the Bovine Spongiform Encephalopathy (BSE) crisis – an animal disease with serious human health implications that is potentially spread through the presence of dead cattle. In 2001, after the BSE crisis, the EU prohibited the abandonment of livestock carcasses in the field, with impacts on scavenging birds, including vultures.

Fortunately, a consensus among scientists and conservation managers led to improved EU legislations that allowed for the conservation of scavenging birds while taking care of the veterinary and sanitary issues. Nevertheless, the new legal framework did not establish mandatory guidelines for EU member states, which are allowed to develop their own regulations concerning livestock carcass disposal.

This has resulted in a situation in which neighbouring countries in a continuous ecological region may apply different criteria, and this is what is happening in the Iberian Peninsula. In Spain – home to around 95 per cent of European vultures – farmers leave carcasses in large areas of the countryside where vultures occur. This has benefited not only the birds but the farmers themselves, who have saved time and money, and the Spanish tax payer. The planet also benefits, as costly polluting carcass removal and processing schemes are minimised. In contrast, the Portuguese authorities still require livestock breeders to remove dead animals from fields, except for at a few dedicated feeding stations close to the Spanish border.

The researchers observed that there was an abrupt decline in the number of vulture locations across the Spanish-Portuguese border, and modelling showed that this was due to differences in resource availability – that is, carcasses from livestock husbandry resulting from the differing application of European sanitary legislation. This is a clear case study on how the differences in the uptake of EU regulations across countries can impact on bird conservation. 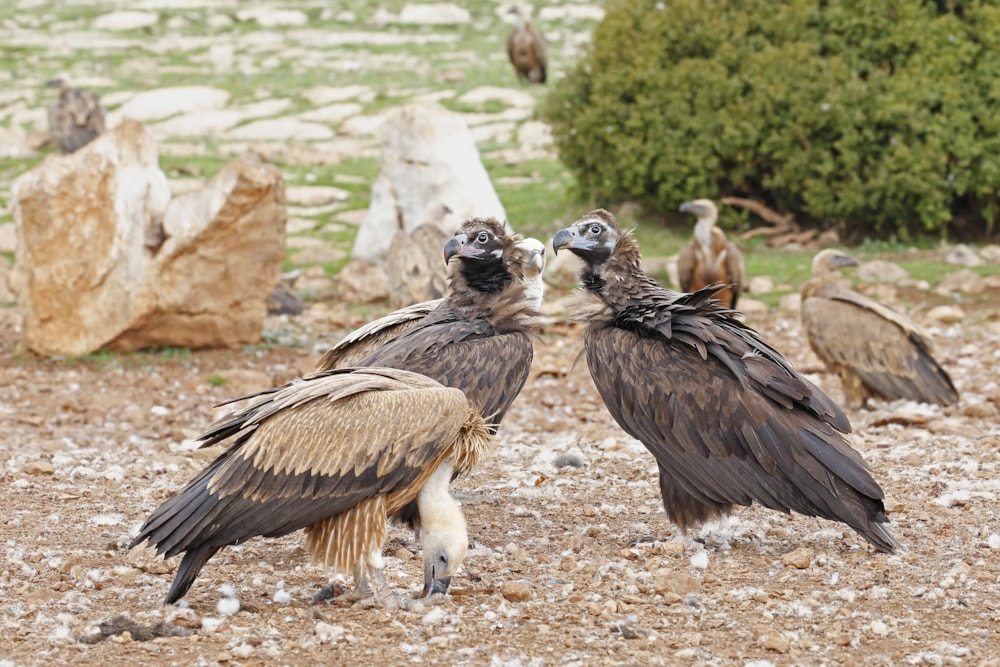 Griffon and Cinereous Vultures rarely cross from Spain into Portugal due to a lack of available food (Colin Bradshaw).