A study tracking the migrations of Common Cuckoos with tiny satellite tags, carried out by the British Trust for Ornithology (BTO) over the past five years, has made a series of important discoveries. The results, just published in Nature Communications, shed new light on the lives of migrating birds and point to some of the causes of the species' dramatic population decline.

Researchers at the BTO have spent the past five years studying the routes used by Cuckoos as they migrate between Britain, where they breed and their African wintering quarters, work which has revealed three startling pieces of new information, published today.

By fitting 42 male Common Cuckoos with tiny satellite tracking devices which allow each bird's location to be logged, the researchers have confirmed that many of our cuckoos leave Britain in the autumn and fly to Italy, before crossing the Mediterranean and the Sahara to winter in Africa. The tags have revealed that the birds winter in the western part of the Congo rainforest, something that wasn't known before.

Some birds, however, use a second route through Spain and on to West Africa, a strategy that was completely unexpected. Furthermore, after arriving in West Africa having crossed the Sahara, the birds make a left turn and make their way to the same central African wintering grounds as the birds that migrated via Italy. This is the first time that science has recorded birds taking two such distinct routes to the same destination; usually divergence in routes leads to the occupancy of different wintering grounds. Interestingly, all of the birds make their spring migration via the western route, regardless of the route used the previous autumn. 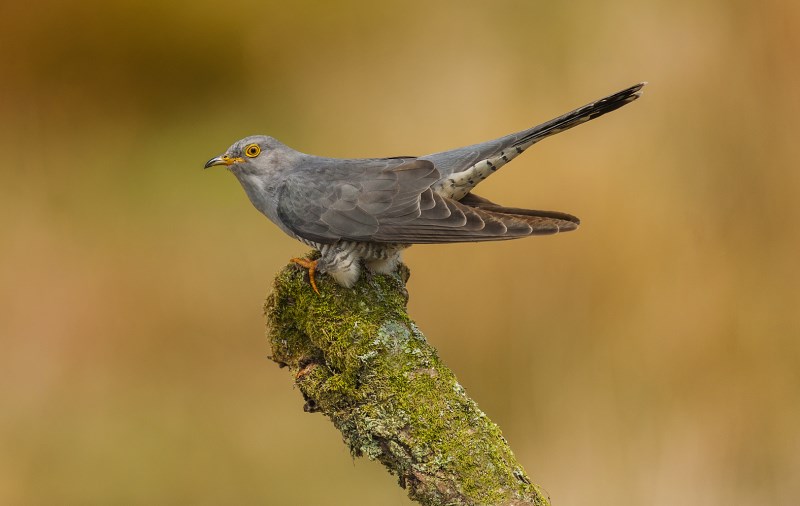 The second piece of new information may help to explain why Common Cuckoo populations are in decline across much of Britain. The study reveals that the route that a cuckoo takes to get to its African wintering grounds could mean the difference between life and death.

The unusual migration pattern allowed BTO scientists to assess the mortality rates associated with use of each of the two routes. Up to the point where the birds had completed their Sahara crossing there was a marked difference, with birds travelling via Italy surviving better than those via Spain. This is the first time that differences in mortality have been attributed to differences in migration route.

Not only did survival rates of tagged birds differ between the two routes but so did the origins of the birds within Britain, leading to the third major finding. All of the birds tagged in Scotland and Wales, where the species is not so much in decline, took the more successful eastern route via Italy. Whereas across England, where 71 per cent of our breeding cuckoos has been lost during the last 25 years, local populations were made up of variable mixtures of birds taking either route.

Dr Chris Hewson, lead scientist on the project at the BTO, said: "Understanding migratory birds and their population declines is very difficult because they may only be on their breeding grounds for a couple of months each year. Until recently, we had very limited information on where Cuckoos and other long distance migrants went or what they did for the rest of the time. This study shows that by satellite-tracking them we can uncover not only their migration routes and wintering locations, but also information about patterns of survival that is potentially vital for understanding why they are disappearing so fast."

Migrant birds such as Common Cuckoo fuel their migratory flights by storing fat in their bodies, and it seems that those feeding up in the western part of the Mediterranean might be finding this harder to do than those in the east. This could be as a result of the recent late summer droughts in Spain, reducing the abundance of the high-energy invertebrates that the cuckoos need to fuel a desert crossing. The study suggests these birds may undergo more fattening in the UK before they begin their migration than birds heading out via Italy. This would leave them especially vulnerable to the severe declines in moths (whose caterpillars are their main prey) in the south of England, where the birds breed.

There are currently 12 satellite-tagged Common Cuckoos making their way to Africa. Anyone can follow and sponsor these birds as they make their way to the Congo rainforest during the next couple of months at www.bto.org/cuckoos.