As the Chaffinch island-hopped to colonise mid-Atlantic archipelagos over the course of half a million years, their songs lost their sense of syntax. The birds on the furthest island of their dispersal, Gran Canaria in the Canary Islands, still sing the same notes, but with a much less structured pattern from one bird to the next.

Lachlan recorded the songs of 723 males in 12 different populations across the European mainland, the Azores and the Canary Islands and compared them computationally. Subunits of the songs, which he calls syllables, differed slightly between populations, but the sequencing of the syllables — the syntax — was progressively less predictable the further the birds were out on the chain of colonisation.

Cultural transmission can increase the flexibility of behavior, such as bird song. Nevertheless, this flexibility often appears to be constrained, sometimes by preferences for learning certain traits over others, a phenomenon known as "biased" learning or transmission. The sequential colonisation of the Atlantic Islands by the Chaffinch (Fringilla coelebs) provides a unique model system in which to investigate how the variability of a cultural trait has evolved. We used novel computational methods to analyse chaffinch song from twelve island and continental populations and to infer patterns of evolution in song structure. We found that variability of the subunits within songs ("syllables") differed moderately between populations but was not predicted by whether the population was continental or not. In contrast, we found that the sequencing of syllables within songs ("syntax") was less structured in island than continental populations and in fact decreased significantly after each colonisation. Syntactical structure was very clear in the mainland European populations but was almost entirely absent in the most recently colonised island, Gran Canaria. Our results suggest that colonisation leads to the progressive loss of a species-specific feature of song, syntactical structure.

Syntactical structure was lost in a stepwise fashion that matches the known dispersal of the species across these islands. At the end of the island chain, "the syntax isn't just changing, it's disappearing," Lachlan said. "It's not about changing the rules, it's about losing them."

Lachlan says one factor in the loss may have been that island birds face fewer competing species. Whereas a female Chaffinch might be trying to pick out the right male among 60 other songbird species singing all at once in Europe, in the Azores, she faces just eight other songbirds. The males are the singers. "One of the jobs the female has is to identify her own species."

Unfortunately the data don't completely match that idea, Lachlan said. There are almost twice as many species on the Canary Islands as on the Azores, yet the Canary Island songs have much less structure. From this, Lachlan has concluded that other factors must be involved. 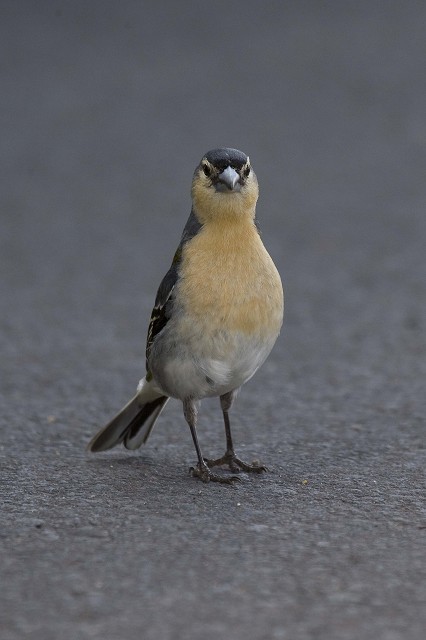 A large body of research has shown that birds learn their species-specific song from their elders. If cultural transmission were the only source of syntactical structure in the songs, however, one would expect songs from the smaller island populations to have more structure than those from the mainland, not less, Lachlan said.

But there is also a genetic component to that learning. Hundreds of genes have been identified that relate to song learning and singing. Studies show that young birds have a genetic predisposition that helps them pick out which songs they ought to be learning in order to develop species-typical songs.

"It seems very likely that what we measured is the result of the evolution of such genes," Lachlan said. One of two plausible explanations for the loss of syntactical structure may be something called a 'cultural trap'. Lachlan explained: "In small populations, like those on islands shortly after colonisation, an evolutionary interaction between culture and genetic predisposition favors individuals that can recognise and learn a wider range of songs — in this case, a wider range of syntactical patterns."

It may also be a case of 'withdrawal of learning'. When populations are very small on the new island, young birds may find few tutors to learn from. Some of the young birds would be forced to improvise, and this would introduce new songs into the population at a higher rate than normal, leading to rapid change in song structure.

Now that he has established this pattern of syntactical loss across the islands, Lachlan hopes to use it to investigate the causes of song learning evolution.