Just as city slickers have faster-paced lives than country folk, so too do urban birds, compared with their forest-dwelling cousins. The reason, researchers report today, is that urban noise and light have altered the city birds' biological clocks. The finding helps to explain earlier reports that urban songbirds adopt more nocturnal lifestyles — data that prompted Davide Dominoni, an ecologist at the Max Planck Institute for Ornithology in Radolfzell, Germany, to investigate whether the birds' activity patterns were merely behavioural responses to busy cities or were caused by an actual shift in the animals' body clocks1.

For the study, published in Proceedings of the Royal Society B, Dominoni and his colleagues set up an experiment with Blackbirds Turdus merula. The scientists attached tiny 2.2g radio-pulse transmitters to Blackbirds living in Munich, Germany, as well as to those living in a nearby forest. The transmitters monitored the birds' activity for three weeks. Dominoni found that whereas forest birds started their activity at dawn, city birds began 29 minutes earlier, on average, and remained active for 6 minutes longer in the evening. 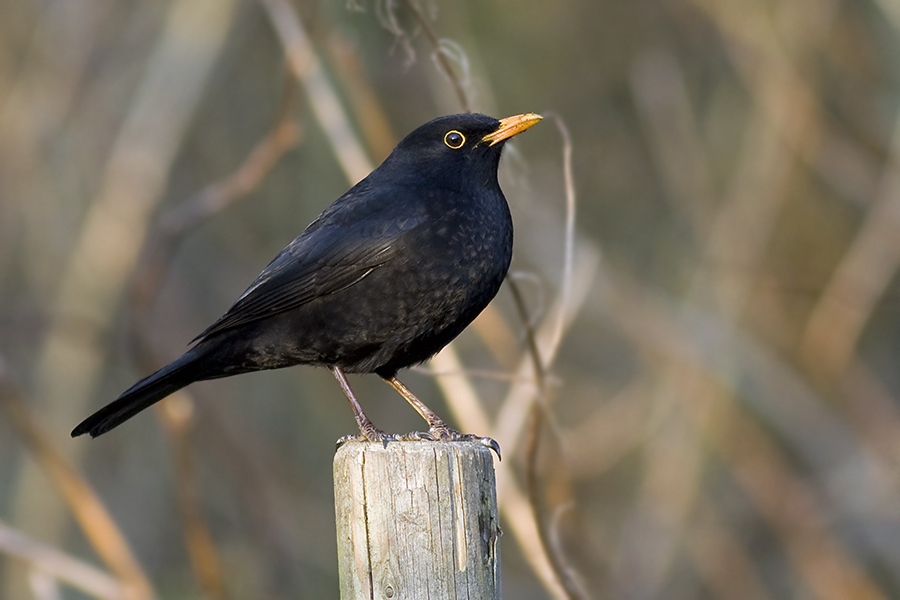 Keen to determine whether these differences were due to physiological changes, Dominoni collected Blackbirds from both locations and placed them into light- and sound-proof enclosures. For ten days these enclosures were illuminated with a constant, dim light so the birds had no idea what time of day it was, and their activity patterns were monitored. The researchers found that the city birds in the enclosures had faster biological clocks than forest birds. It took the city birds an average of 50 minutes less to go through a full 24-hour cycle of activity than it took forest birds. And without the external stimuli of dawn and dusk, the urban birds' behavioural rhythms weakened rapidly, with their periods of activity and rest becoming more irregular than those of the forest birds. As such, they concluded that urban environments can significantly modify biologically important rhythms in wild organisms.

Having such weakly set biological clocks could be a boon for the Blackbirds. "It could make them better at coping with city environments that are not as predictable as the wilderness," says Dominoni. But such clocks could also potentially have adverse health effects. "You have to wonder — if these city birds are not compensating by napping during the day or sleeping more deeply at night, is sleep deprivation reducing their cognitive abilities or shortening their life spans?" asks Niels Rattenborg, an avian sleep biologist at the Max Planck Institute for Ornithology in Seewiesen, who was not associated with the study.

Still to be determined, Dominoni says, is whether humans who live in cities also have altered circadian rhythms. That is a question he hopes to address in future research. Others wonder whether birds' biological clocks are altered permanently by city life. "I'd be really interested in seeing an experiment where urban birds are transplanted to a rural environment, and vice versa," says Daniel Mennill, an ornithologist at the University of Windsor in Ontario, Canada. "Would the urban birds continue to wake up early? Would country birds change? We just don't know."