While working in an office for most of last winter, I resolved that I would do something completely different in winter 2015/16 and take the majority of my leave over the Christmas period. I did not entirely know what, but when I saw the Enderby Trust Scholarship advertised, I thought I would give it a go. The scholarship gives under–30s the chance to travel on a Heritage Expedition voyage to the Subantarctic at a substantially reduced price.

In mid-October I was informed that I had been fortunate enough to 'win' a place on the "Galapagos of the Southern Ocean" expedition to Campbell, Auckland, Macquarie and Snares Islands. I immediately sorted out flights and a week's travelling around New Zealand as I prepared for what would be the trip of my life so far. One day that particularly sticks out is Christmas Day on Enderby Island, part of the Auckland Island group that lies 465 kilometres south of New Zealand's South Island.

Enderby Island is a real modern conservation success story, as it was successfully cleared of introduced predators in 1994 and wildlife now abounds. The difference in the abundance of birdlife between it and the nearby main Auckland Island, which still has pigs and rats, is really quite marked. 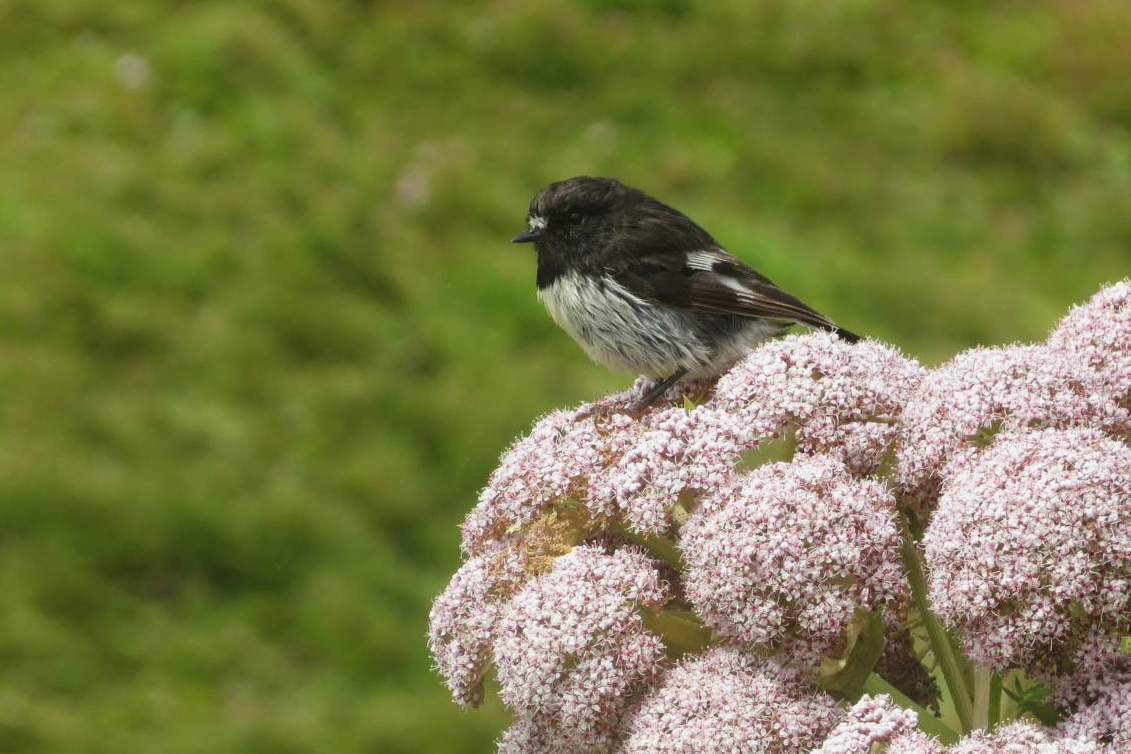 Before the Zodiac dinghy had even landed on the shore, I had already spotted the first endemic of the day as two of the flightless Auckland Teal were walking about in the seaweed. These were swiftly followed by Auckland Shag and the endemic subspecies of Tomtit and New Zealand Pipit. The beach was packed with Hooker's Sea Lions at the height of their pupping and mating season, which actually coincide. In fact, it was quite unnerving crossing the beach as we were regularly charged by angry, testosterone-fuelled young sea lions! 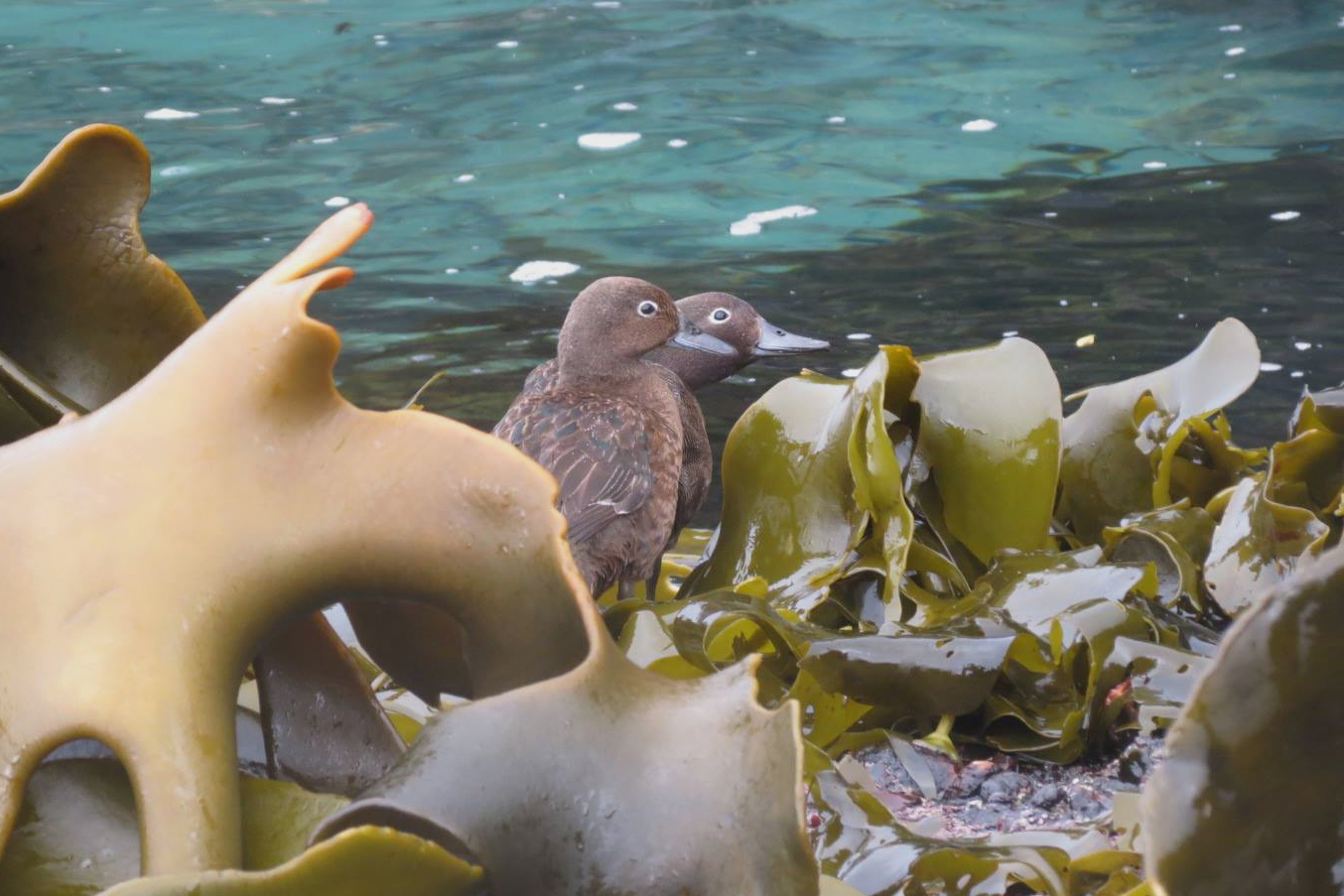 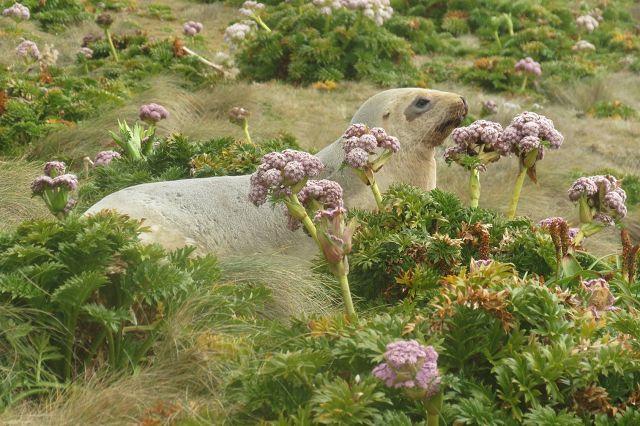 Northern Giant Petrels and Brown Skuas were present among sea lions, searching for a dead or dying sea lion pup that could form their next meal. Also on the beach were the endangered Yellow-eyed Penguins, which were much more shy than the other penguins I saw on the voyage. 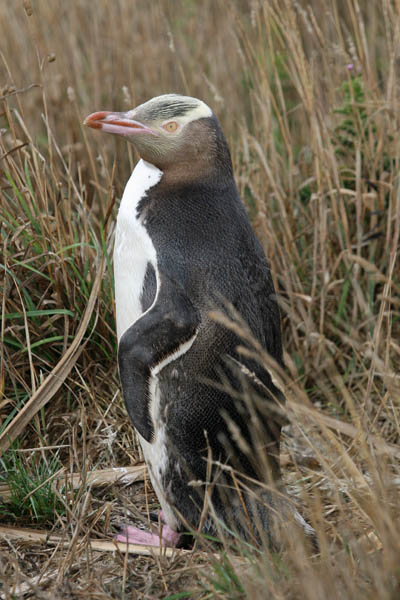 After half an hour or so on the beach, I tore myself away to explore the rest of the island. The island is simply stunning as in addition to the birdlife, it was covered in Rata forest and flowering Subantarctic megaherbs. 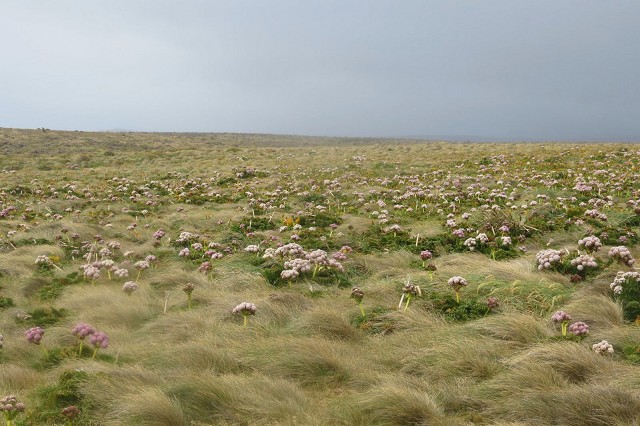 Flowering megaherbs, such as Campbell Island Carrot, were abundant across the island (Photo: Oliver Simms)

The walk started with a boardwalk, from where we could see a nesting Gibson's Wandering Albatross and numerous Auckland Island Dotterel, a potential split from what Australians call Double-banded Plover. The boardwalk led to a viewpoint over a cliff with a colony of Light-mantled Sooty Albatrosses, arguably the most beautiful of its family. From the viewpoint, we could also see several of the declining Eastern Rockhopper Penguins playing in the surf below.

After the boardwalk, the expedition leader organised a successful Subantarctic Snipe flush as we enjoyed good views of this rarely seen species. We then set off on a 12-kilometre walk to explore the rest of the island. Unlike the other islands in the Subantarctic that I visited, Enderby was full of New Zealand bird species as Tui, Bellbird and Silvereye abounded in the rata forest. A particular highlight was the numerous Red-crowned Parakeets as, despite having seen many in mainland New Zealand, there was something incongruous about seeing them feeding in close proximity to penguins. The introduced Redpolls and migratory Turnstones were a rare reminder of birding at home. 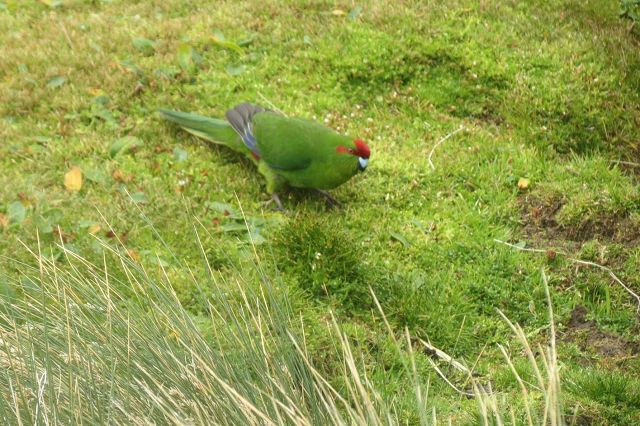 After walking the perimeter of the island, I returned to the beach to watch the sea lion antics, but the avian highlights for the day had not finished there. Other members of the group who had not done the full walk tipped me off about a New Zealand Falcon that they had seen. I climbed a mound in the area and after twenty minutes or so enjoyed somewhat distant but decent views. This was a great end to a magnificent Christmas Day.

If anyone is wondering, I did get my Christmas turkey and pudding as the chef, Connor, served up a delicious Christmas dinner that evening!