After another severe winter, how will our nesting garden birds fare this spring? With warm weather now firmly in place across the country, the BTO needs householders to help them to find out, by getting involved in the on-line Nest Box Challenge.

Gardens offer a huge range of options for birds looking for a nesting site. Most of us are familiar with the more typical urban species such as House Sparrow and Starling, both now in decline, but an increasing number of species are using our gardens to raise their young. Recent analyses of BTO data suggest that over a third of UK Blackbirds nest in human habitats, favouring thick hedges and shrubs, while over a fifth of Blue Tits breed in our villages, towns and cities. 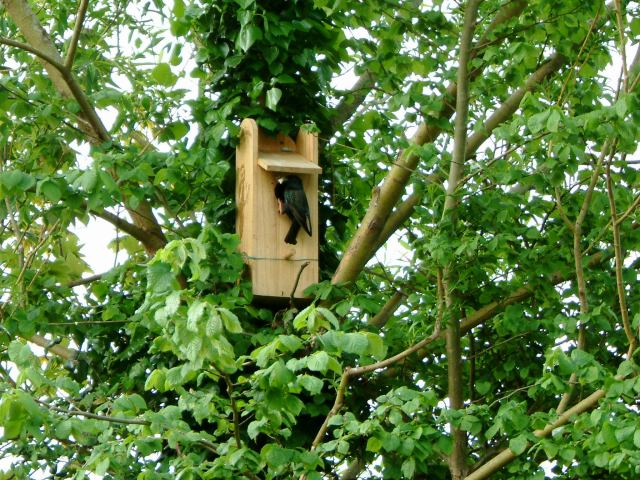 Even so-called 'common birds' such as Starling benefit from the provision of nest boxes (photo: Terry Levitt).

So how do these urban breeders fare in comparison to their rural counterparts? This is a subject of great interest to conservationists, including Dr Tim Harrison of the BTO, who said: "Results from previous small-scale studies, focusing on Blue and Great Tits, have suggested that they tend to lay earlier, but produce fewer eggs and therefore raise smaller numbers of chicks. But is this the case across the UK, is it true for all species and has climate change affected the relative breeding success of our garden birds? You can help us to answer these questions by taking the Nest Box Challenge." 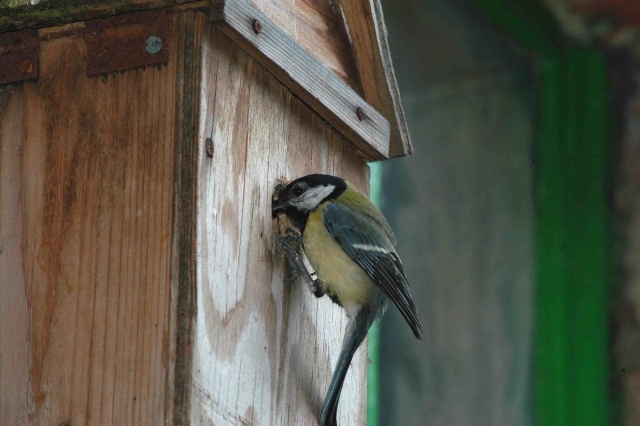 Nest Box Challenge participants are asked to collect simple information about the number of eggs and chicks in any nests that they find in their garden and whether the nestlings fledged successfully. The BTO has produced a Code of Conduct for participants, so that nesting attempts are not put at risk. Originally, the project focused on nest boxes, but it has since been expanded to incorporate open-nesting species such as Blackbird and Chaffinch, so now even the Collared Dove nesting on your satellite dish can be recorded! Nest Box Challenge provides the perfect opportunity for you to learn more about nesting birds and make your own contribution to science in the process. 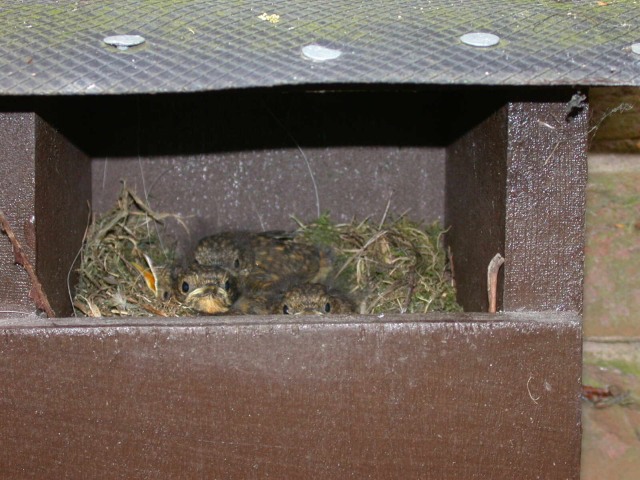 A variety of box types will attract a variety of species, as with these Robins in an open-fronted box (photo: John Cranfield).

According to BTO Research Ecologist, Dr Dave Leech, predictions for the 2011 season are currently mixed: "Information collected by BTO volunteers indicated that 2010 was one of the best breeding seasons on record for many resident and migrant species, possibly due to the effect that the preceding cold winter had on the timing and abundance of their insect prey. In contrast, Blackbirds appeared to have a poor year in 2010, the lack of rainfall making it difficult to probe the ground for invertebrates. With March rainfall approaching a record low in 2011, the outlook is perhaps less positive for this species than for Blue and Great Tits."

For a free wall chart to help you identify nests and eggs, email gbw@bto.org.