Can Kittiwakes sniff out a good breeding partner?

Male and female Kittiwakes smell different from each other, according to research by Sarah Leclaire and her team from the Centre National de la Recherche Scientifique at the Université Paul Sabatier in France. Their work also suggests that the birds' body odours might signal the genetic makeup of individual birds, and could be used in mate choice to assess the genetic compatibility of potential partners. The study is published in the July issue of Springer's journal Naturwissenschaften — The Science of Nature.

Birds protect their feathers by preening them with the secretions of the preen gland. These secretions also carry odours. Scents in preen secretions tend to vary widely depending on the species, season and/or sex of the bird. Leclaire and colleagues investigated the body odour in preen gland secretions and preen down feathers in a population of Kittiwakes nesting in the Gulf of Alaska. They collected samples of preen oil and preen down feathers from 21 females and 20 males, to test whether the birds' body odour carried individual and/or sexual signatures likely to reliably signal individual genetic makeup. These seabirds choose to mate with genetically dissimilar partners, but the cues used to assess genetic characteristics are unknown. 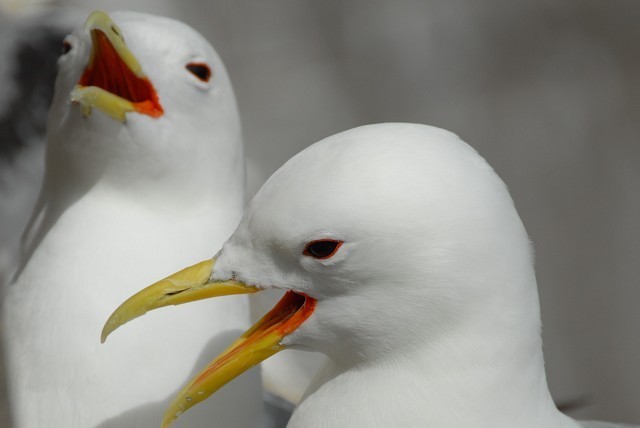 They found a total of 68 odour compounds, across both oil and feather samples. They also identified a difference in the amount of odour compounds between males and females, suggesting that scent may be one of the multiple cues used by birds to discriminate between sexes. The authors also detected an individual signature in preen secretions and preen down feathers; in other words they found evidence of individual-specific secretions.

Leclaire and colleagues conclude: "Our study suggests the existence of two odour signatures in Kittiwakes: a sex and an individual signature. These results point to body odour as a signal associated with individual recognition and mate choice. Kittiwakes may be using body odour to assess the genetic compatibility of potential mates."

Leclaire S et al (2011). An individual and a sex odor signature in kittiwakes? Study of the semiochemical composition of preen secretion and preen down feathers. Naturwissenschaften – The Science of Nature DOI 10.1007/s00114-011-0809-9