Campgrounds in California's redwood forests alter the behaviour of Steller's Jays and could put threatened nesting Marbled Murrelets at risk.

Anyone who has been camping will have seen birds foraging for picnic crumbs and, according to new research in journal The Condor, the availability of food in campgrounds significantly alters jays' behaviour and may even change how they interact with other bird species.

Steller's Jays are intelligent, adaptable birds, and in California's Redwood National and State Parks the ready availability of food draws them to campgrounds. Tracking the behaviour of jays near living near campgrounds and comparing it with jays living in more natural areas of the same parks, Will Goldenberg of Humboldt State University and his colleagues found that having easy access to food made jays living near campgrounds less territorial. Campground jays spent less time foraging and more time near the ground than their counterparts without access to campgrounds.

A federally threatened seabird, Marbled Murrelet, nests in the highest canopy old-growth redwood forest, and jays are known to eat murrelet eggs when they encounter their nests. Though jays living in campgrounds spent more time on the ground 40 m below where murrelets nest, researchers worried that the concentrated foraging activity of jays could put murrelets near campgrounds at risk. "The results of our study should give researchers and conservationists new tools to make informed decisions regarding corvid management," according to lead author Will Goldenberg. 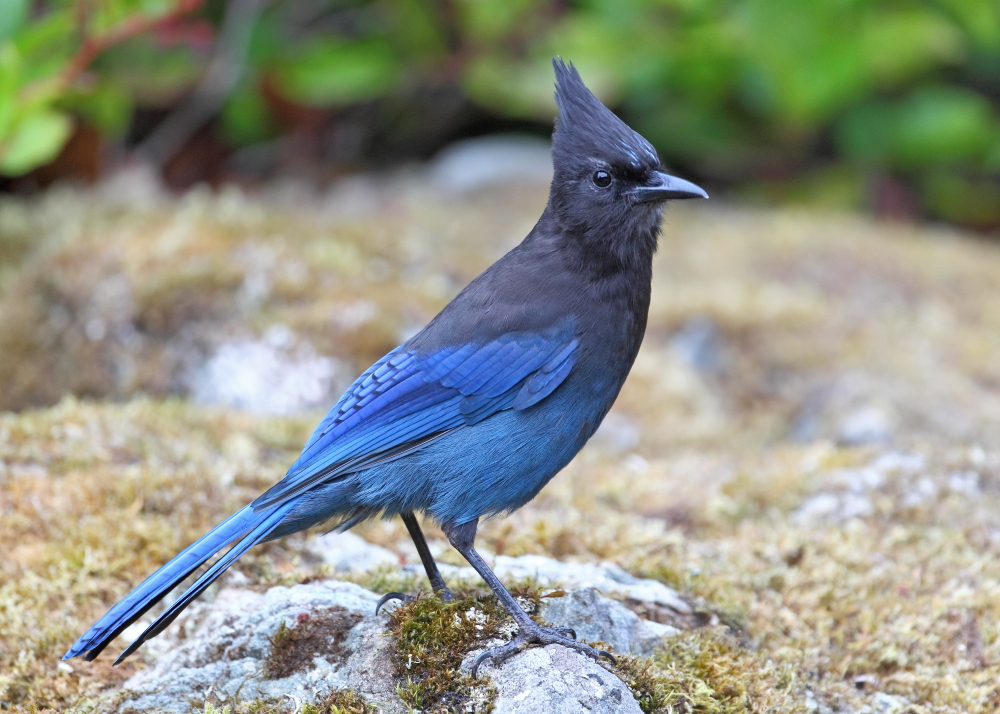 They carried out the study during 2010 and 2011 by capturing and radio-tagging jays to follow their habits. "Working with Steller's Jays in campgrounds really keeps you on your toes. Individual jays were quick to learn our trapping techniques and would avoid any traps that they had previously experienced," says Goldenberg. "In addition, our study sites contained the tallest trees on the planet and more above ground biomass than any other forest, making our radio tracking efforts an extreme challenge."

"This study breaks new ground by providing detailed observations of Steller's Jay behaviour in and out of campgrounds," according to John Marzluff of the University of Washington, an expert on corvids. "Though Steller's Jays still pose a serious threat to sensitive species that nest well above ground, such as Marbled Murrelet, their use of anthropogenic foods that occur most frequently at ground level in camps may reduce chance encounters between jays and murrelets within the camp proper."