Butterflies and birds unable to keep pace with climate change

Butterflies and birds are no longer able to keep up with climate change. Compared with twenty years ago, butterflies are now 135 kilometres behind the shifting climate zones and birds more than 200 kilometres. This is one of the findings from a study published by European researchers in the 9 January 2012 edition of Nature Climate Change journal.

A lack of reliable long-term data makes recording the effects of climate change on biodiversity a huge challenge. The data for butterflies and birds, however, is available. An article in Nature Climate Change, published by a European research team including a number of Dutch scientists, shows that populations of birds and butterflies are no longer able to keep track of the northward shift in their living environment caused by global warming. A partial explanation is that fragmentation of intensively used European land is making it very difficult for species to colonise new areas. But the relative abundances of resident species are also proving slow to change. This applies less to butterflies, which have a shorter life-cycle than birds. 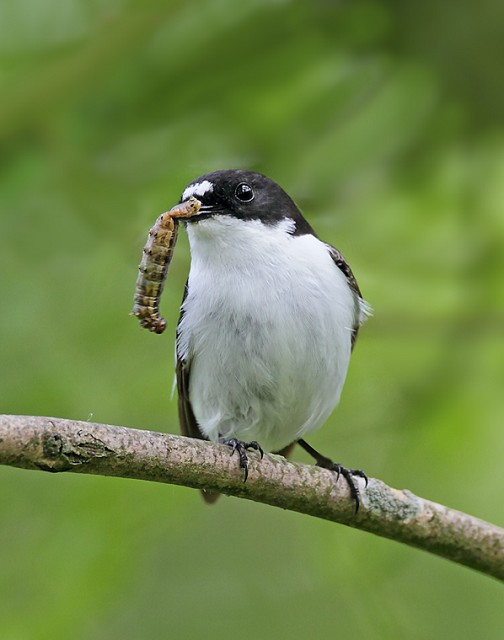 The research — in which Dutch Butterfly Conservation (De Vlinderstichting), SOVON Dutch Centre for Field Ornithology (Vogelonderzoek), Statistics Netherlands (CBS) and Wageningen University are taking part — is focusing on changes in the relative abundance of species in the total butterfly and bird community, where previous studies concentrated on individual species. The findings constitute the first evidence that climate change is causing entire groups of animals to accrue a 'climatic debt' on a continental scale. Over the last twenty years, this debt has risen to 135 km for butterflies and a staggering 212 km for birds. In other words, butterfly and bird populations have a more northern character than one would expect on the basis of the climate. It is currently difficult to predict the long-term implications. The difference in the shifts between the two groups of species may disturb their interdependence. A good example of this is the Pied Flycatcher, whose young only hatch after the peak period for caterpillars in warm years.

The researchers have devised a simple method for determining the consequences of climate change for entire groups of species. The unique amount of data is largely due to the efforts of thousands of volunteers in seven countries, who spent more than 1.5 million hours collecting the information.