Since 1998 the Nightingale has declined by over 50% and many of its former breeding haunts have fallen silent. It is unclear exactly what is to blame for the dramatic fall in numbers, but it is likely to be a mixture of pressures in its breeding territories in the UK, on migration to and from Africa, and within the wintering area south of the Sahara Desert.

To find out more about the decline of the Nightingale, the BTO has launched the Nightingale Appeal and an accompanying CD of Nightingale song, the profits of which will fund research into this wonderful songster. A survey of Nightingales is planned for 2012, as well as further work looking at habitat, both here and in Africa. BTO have already tracked one Nightingale to Africa and back successfully, using geolocators, and hope to carry out more work on this in 2012 to gain further insights into the bird's lifestyle. Learning more will help us to understand why we are losing the Nightingale, even from previous strongholds, in areas such as Sussex and East Anglia, and thus provide informed conservation action: action which could reverse the fortunes of the Nightingale, in the hope that this wonderful bird remains a breeding bird in the British Isles for future generations to enjoy. 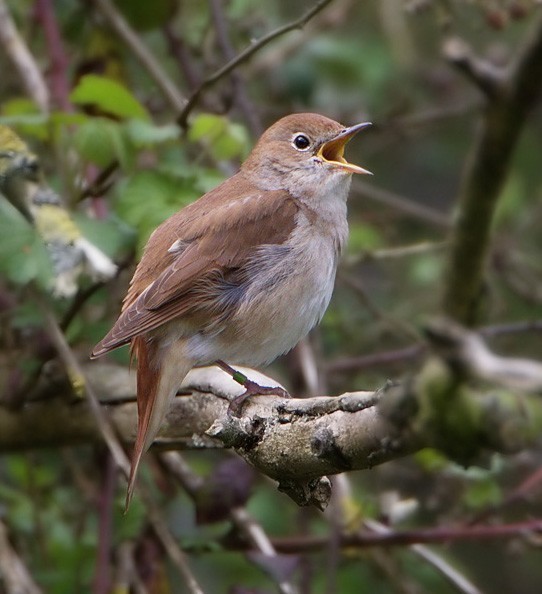 You can help by buying the Nightingales: A Celebration CD, which features rare sound archive footage of Nightingales singing to the backdrop of World War II bombers over southern England, and the celebrated Beatrice Harrison playing her cello accompanied by a singing Nightingale — the first recording ever of a wild bird or animal not in captivity. The CD is available for £10 plus £2.50 p&p and you can order your copy by phoning 01842 750050 or by visiting www.bto.org/nightingales. You can also support the work being carried out by making a donation to the appeal.