British House Martins are late back to breeding sites

Recent records from the BirdTrack recording system suggest that House Martins were less widely reported during early May than they have been historically, despite a normal pattern of arrival having occurred during April.

House Martins normally return to their breeding sites during late April or May, and it is possible that the cold, dry weather and prolonged northerly winds across much of the country during April held them up and stifled the start of breeding activity. House Martins build a circular nest using around a thousand beakfuls of mud, and mud will have been lacking in many areas too. 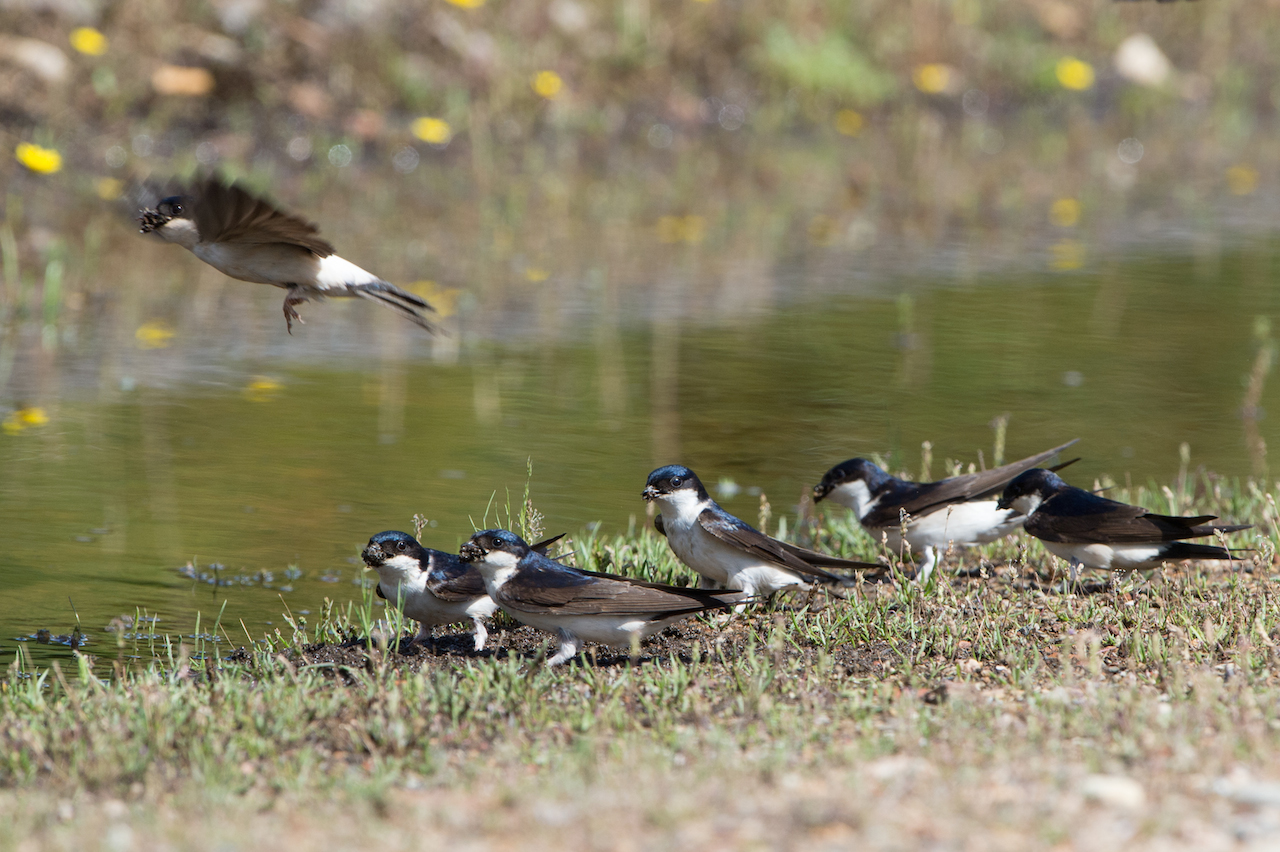 Variability in annual House Martin nesting activity due to the weather is normal but the House Martin is in decline in the UK, particularly in the south and east, and is Amber-listed as a bird of conservation concern. However, in spite of the strong decline in England of 50 per cent between 1989 and 2014, the species is currently increasing in Scotland and Northern Ireland.

The British Trust for Ornithology (BTO) is calling on members of the public to follow and record the nesting activity of House Martins to help understand why it is in trouble, and submit this information to their House Martin Survey.

The BTO is looking for volunteers who are able to observe a nest (or a group of nests) for a few minutes, approximately once a week, throughout the breeding season (which can last from April to September). Volunteers do not need to be able to look inside the nests, as all observations can be made from ground level (or from another vantage point where the nests can be safely viewed without disturbing the birds). After recording a small amount of information about the site on their first visit, on each subsequent visit volunteers will simply need to record the condition of each nest and what activity is taking place at the nest.

Volunteers are free to pick their own study site, which can be anywhere where House Martins are nesting. The survey is therefore ideal for those who have House Martins nesting on or near their home or place of work, but nests elsewhere can be studied provided they can be visited regularly for the whole breeding season. The BTO is looking for volunteers throughout the UK, as observations from areas where they are increasing will help identify why they are declining elsewhere.

Volunteers can register for the survey via the BTO House Martin Survey pages, where further information about the survey is also available.