A deadly disease, responsible for a sudden decline in two familiar British garden birds, has now spread to Europe. Trichomonosis first emerged in British finches in 2005 and has since caused local declines in populations of Greenfinch and Chaffinch, with Greenfinch populations in some counties dropping by a third within a year of the disease emerging. 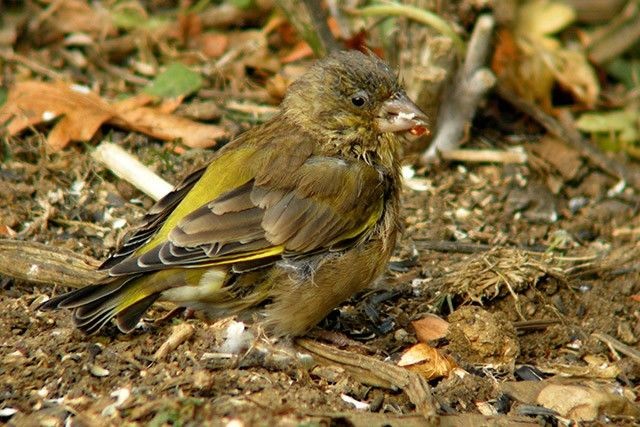 Research carried out by the Zoological Society of London (ZSL), British Trust for Ornithology (BTO) and University of East Anglia (UEA), and a number of other leading scientific organisations across Europe, now suggests that Chaffinches migrating from British shores to Fennoscandia transported the parasite responsible for causing the disease. Large numbers of Chaffinches spend the winter in Britain before taking flight from the eastern shores of England to breeding grounds in Fennoscandia every spring. Only small numbers of Greenfinches migrate to Europe, framing Chaffinches as the most likely transporters of the disease.

The research team carried out comparative molecular analysis on the parasite and found no difference between the parasite in European and British finches. Recent research has already revealed that finch species in Britain carry the same strain of the parasite.

Dr Becki Lawson, wildlife veterinarian at ZSL, says: "Understanding emerging infectious diseases and how they're spread is essential if we're going to protect people and wildlife in the future."

Dr Rob Robinson from BTO says: "Information derived from ringed birds continues to provide crucial insight into behaviour, ecology and disease, as seen in this case with trichomonosis. This in turns plays an important role in the conservation of many of our best-loved garden birds."

Dr Kevin Tyler from the UEA says "Molecular tools pay a vital role in identifying sources of emerging infectious diseases. In the case of trichomonosis in finches, we believe that the disease is most likely to have originated in British pigeons or doves."

Birds suffering from trichomonosis often look lethargic and have fluffed-up feathers. They may also show signs of struggling to feed and have trouble breathing. The disease can occur at any time of the year but tends to peak during August and September. The next research priority is to understand the spread and impact of this disease on bird populations across Europe.

Sightings of birds displaying symptoms of trichomonosis can be reported to the RSPB online here.

Further information including a disease fact sheet with information on prevention and control of trichomonosis outbreaks here.