Changes to British farming practices aren’t the reason behind the decline of Bewick's Swans, according to research recently published by the Wildfowl and Wetlands Trust (WWT).

The new study found no evidence to suggest that Bewick's Swans are prevented from getting enough food during the winter months they spend in Britain. The population of Bewick's Swans has fallen by almost 40 per cent between 1995 and 2010, but it's not thought that modern agricultural procedures have played a role in this dramatic decline. 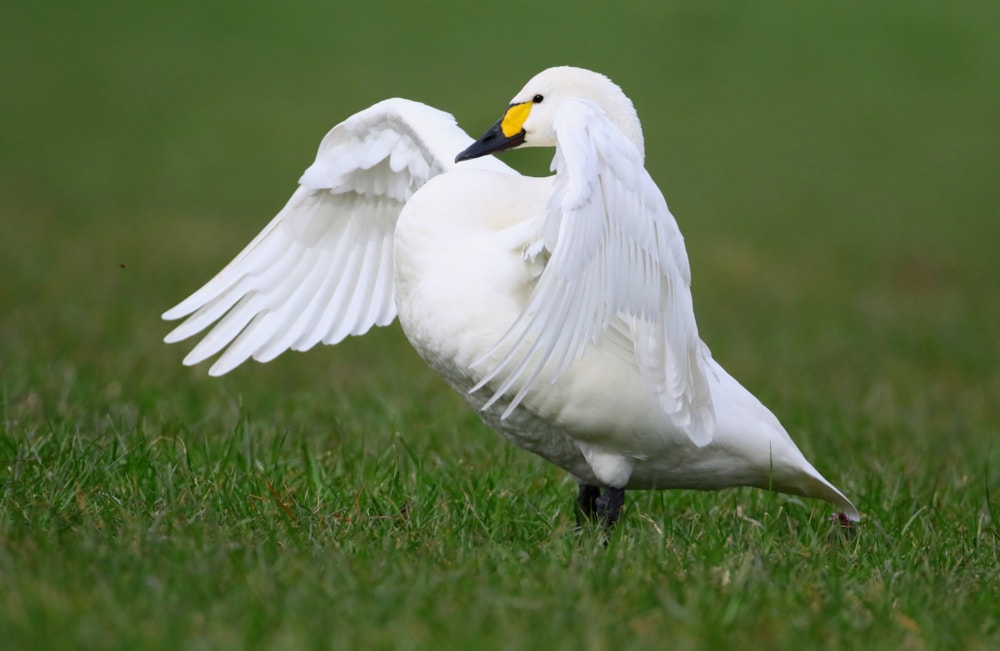 Bewick's Swan is declining, although changes in British farming methods appear not to be having any impact on their population (Lee Fuller).

Britain's wintering Bewick’s Swans largely feed on arable farmland, and so the WWT compared the body condition of swans it had caught over 50 years to examine whether intensification and modernisation in farming might have led to food shortages. The results showed that this was not the case, and consequently research is continuing throughout the species' migratory range in order to identify and better understand other possible reasons for the decline.

Illegal hunting, poisoning, collisions with power lines and habitat loss are all cited as possible factors, and WWT Principal Research Officer Dr Kevin Wood said: "Bewick's Swans have to leave the UK in peak condition to survive their gruelling migration to Russia and arrive ready to breed and rear cygnets during the brief Arctic summer.

"Although the British countryside has changed considerably over the last half century, there's no evidence that the swans are anything other than well fed while they're here. It's good news, and we've eliminated one line of enquiry, which will allow us to now focus on other issues that might be affecting the swans.

"We're currently working with researchers across the swans' range to investigate possible causes of the population decline – hundreds of WWT staff and volunteers have helped to catch and measure swans over the last five decades, so it's great to be able to use the data to help examine the issues that the Bewick's Swans might face."

Discovering the leading factors behind the species' decline is crucial to ensuring its long-term population stability. In the Arun Valley, West Sussex, a wintering population of almost 100 in 1976 fell to just over five birds in 2017, a local trend reflective of the wider decline, with the north-west European population of Bewick's Swans dropping from 29,000 birds in 1995 to fewer than 18,000 at present.