A nest site survey indicates that the factors that wiped out 70 per cent of Barn Owls in the 20th century still impact the species today.

One of the most widespread birds of prey in the world, Barn Owl has proven so successful at adapting to life alongside humans that even its name reflects the symbiotic relationship that has been shared with farmers over the course of many hundreds of years.

Barn Owls prefer to roost and nest in sheltered sites protected from the elements, and quickly swooped on the opportunities provided by human development, swapping rock crevices and holes in trees for nooks in the attics of barns and churches. In return, Barn Owls would repay their unwitting landlords by preying on the mice and voles that ventured onto their land.

However by the mid-20th century, changes to the dynamic of this human–bird relationship rapidly sent British Barn Owl numbers into a tailspin. According to the Barn Owl Trust — a UK-based charity which works to protect the species — the species declined by as much as 70 per cent between 1932 and 1985.

These declines are largely the result of improvements in the way farmers cultivate their land. The rise of the combine harvester, which is extremely efficient at harvesting grain, and the development of sealed grain silos, means grain is no longer stored in enclosures on farmland, meaning less food for rodents during the long, cold winters and subsequently less prey for owls. Today's farmers are also able to cultivate land that was previously beyond their tools' abilities, ploughing right to the edges of fields, resulting in the loss of the Barn Owl's favoured hunting habitat of rough grassland verges.

The 20th century has also brought with it other dangers that have taken their toll: road fatalities, potent rat poisons and the loss of nesting spots as traditional barns are pulled down and replaced with less inviting buildings. 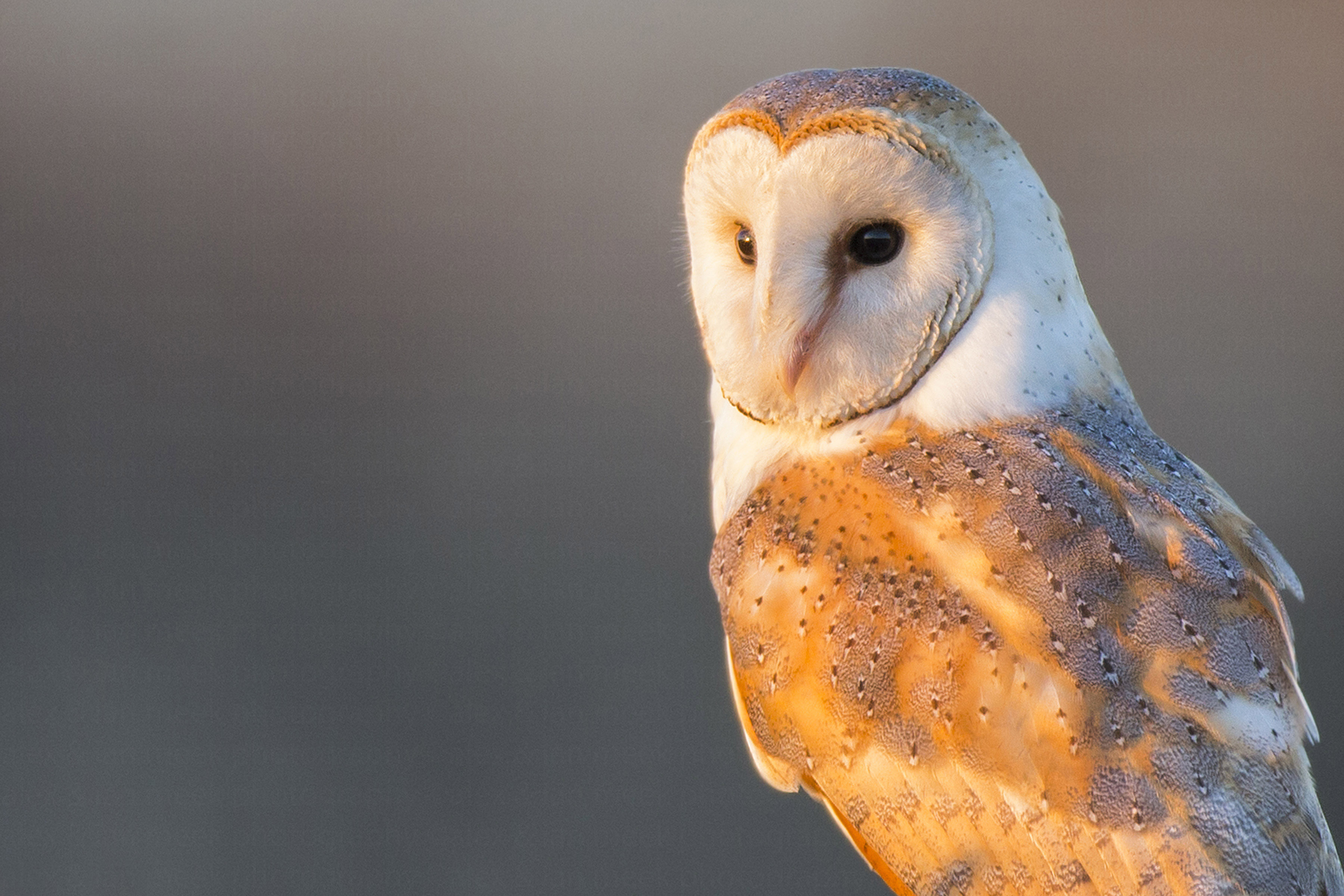 There is evidence that the number of Barn Owls in the UK has stabilised since the mid-1990s, but clearly these factors are still impacting the species today. While the UK population is poorly understood, we can determine the health of the country's population through the Barn Owl Trust's annual nest site survey in which 32 independent local groups from across the country — from Cornwall to Norfolk, to Northern Ireland — pool together to visit nest sites and record the brood size of breeding pairs.

The results tell the story of another poor year overall for the Barn Owl — the number of nesting pairs in 2016 was down by 6 per cent on the all-year average, and the number of young in the nest was down by 7 per cent. While disappointing, the numbers are at least an improvement on 2013 and 2015, two exceptionally poor years where cold weather saw nesting occupancies down 70 per cent and 25 per cent against the all-year average. Low productivity is a trend which the Barn Owl Trust attributes to a lack of available prey and an overall low population density with lack of juveniles to replace the adults.

The report recommends several measures to help sustain Barn Owl numbers, including habitat improvement, the installation of low-flight prevention screens around trunk roads to avoid collisions, and replacing existing nestboxes to reduce chick mortality by ensuring the replacements are no less than 460 mm deep.

Find out more about the current Barn Owl population at www.barnowltrust.org.uk/barn-owl-facts/current-uk-barn-owl-population