Some of Britain’s most threatened butterfly species are bucking national trends and increasing in numbers on National Trust (NT) land, the conservation charity has announced.

The study, which was led by Butterfly Conservation, revealed that habitat-specialist species have seen their overall populations grow by a 10th at NT sites since 1992. In the wider British countryside, however, scarce butterflies have declined by a quarter in the last 25 years.

The ‘winners’ include the chalk grassland-loving Adonis Blue, which has increased in abundance by 13 per cent, and Marsh Fritillary, which has seen its numbers grow by five per cent.

This follows decades of work by the National Trust to protect the specialist habitats required by struggling butterfly species such as Duke of Burgundy and Pearl-bordered Fritillary. For example, the former, numbers of which are stable on NT land compared to a moderate decline elsewhere, has benefitted from a 20-year effort by Trust rangers and partners to manage chalk grassland at Ivinghoe Hills and Dunstable Downs. In Ennerdale, Cumbria, the organisation is working with local Lake District farmer Judith Weston, grazing the wet flush grassland habitat with cattle to provide the perfect conditions for the Marsh Fritillary caterpillars. 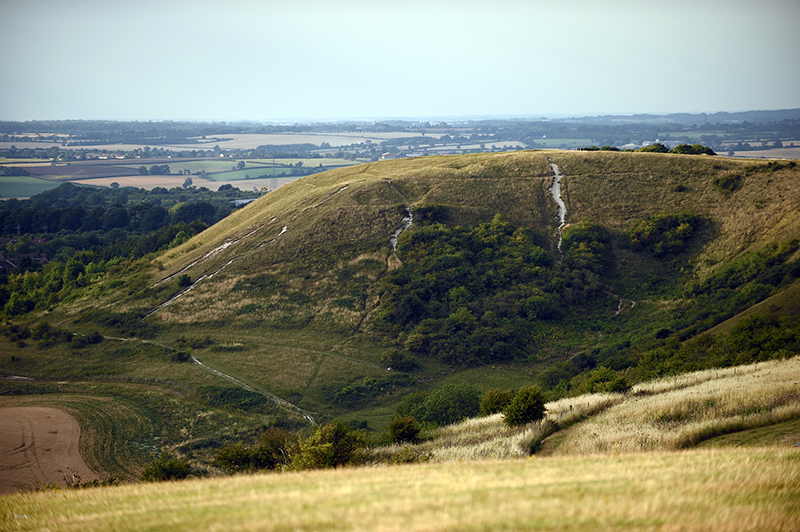 Dunstable Downs is among National Trust-owned land that has seen an increase in numbers of Duke of Burgundy butterfly. Photo by John Millar/National Trust Images.

However, despite concerted efforts, a small number of scarce species are still declining on National Trust land. They include the endangered High Brown Fritillary and Heath Fritillary butterflies. Commoner species such as Meadow Brown and Large White were found to be less abundant on NT sites than in the wider countryside. The charity’s specialists believe this may be a consequence of rangers managing sites for rarer species.

The National Trust now hopes to boost the number of farmland butterflies on its 200,000 acres of farmed land. The charity has pledged to improve butterfly habitats on land in its care, with the hope of boosting the ranges of rarer ‘habitat specialists’ like Adonis Blue by 50 per cent. It will work closely with Butterfly Conservation to better manage butterfly sites and to monitor progress on these ambitions.