New research provides strong evidence that internationally important British bird populations are being affected by climate change, which will threaten their long-term conservation status. The existing network of special sites, protected and managed for these species, will continue to be important for many of the same species in the future.

The paper, published in the journal Nature Climate Change and led by researchers at the British Trust for Ornithology (BTO), examined the impact of climate change upon breeding seabirds, such as Puffins and gulls, and wintering waterbirds, such as ducks and wading birds, at sites across the UK that are internationally designated as Special Protection Areas (SPAs). It found that while these species are being affected by climate change, the UK SPA network will continue to provide an important refuge for them. Protected areas such as SPAs are a crucial means of conserving wild spaces and rare species, and we need to understand their future role as climate change alters the global distribution of wildlife.

The research, which brought together a team of scientists from around Europe, found that climate change can explain more than half of the observed 30-year population trends of the 62 species studied, which included many species found in internationally important numbers in the UK. Based on this information, future projections under a scenario of 4°C of mean global warming would be likely to cause more than half of these species populations in the UK to decrease by more than 25%. Climate change is a long-term threat to some northern breeding seabirds, with large declines projected for Arctic Terns and Guillemots, and to waterbirds that overwinter on our estuaries in large numbers, such as Eider and Bar-tailed Godwit. Some species such as Avocet and Snipe, whose populations may be limited by cold winter weather, are anticipated to increase, alongside breeding Common Terns. 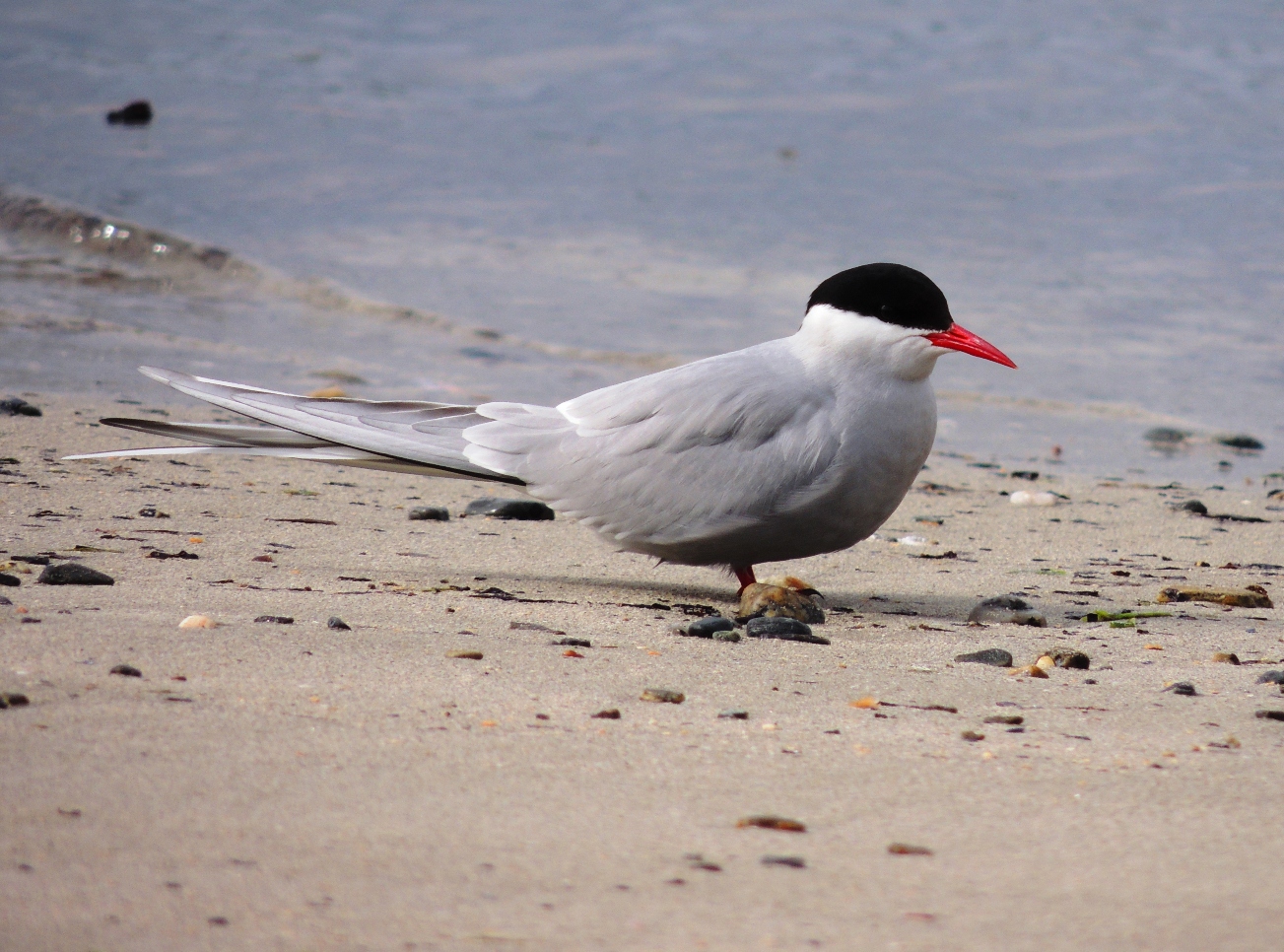 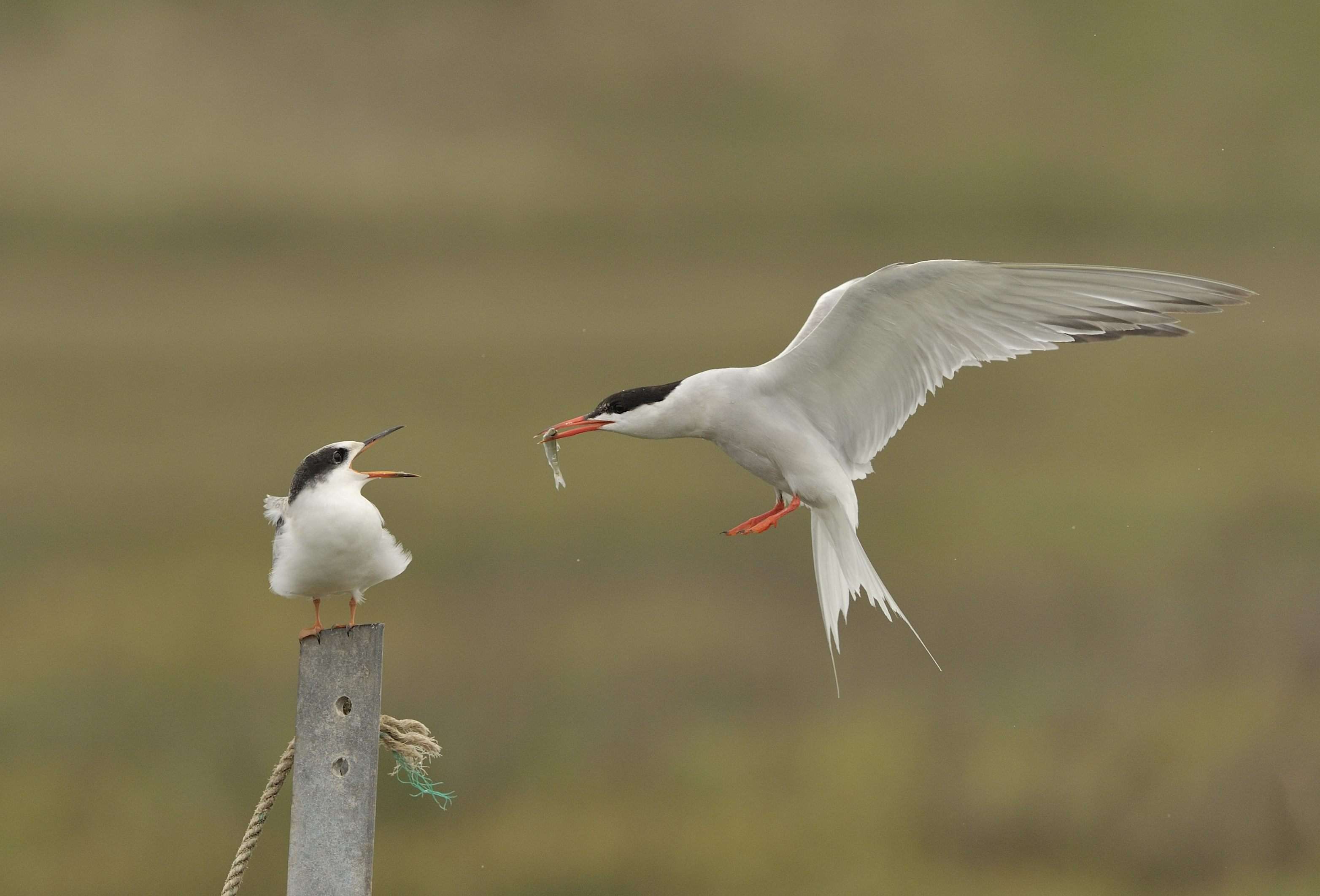 ...but the outlook for Common Terns is somewhat more promising (Photo: Baz Scampion)

Importantly, although there may be some change in the range of species that individual SPAs currently support, the study projected that these sites will continue to hold internationally important bird populations in the future. The SPA network may not stop some species declining, but will provide an increasingly important refuge for our birds. The UK's existing SPA network provides a strong foundation, which can be managed to keep pace with population changes of individual species, so that we can give our birds the best chance possible of coping with the future stresses that climate change will impose.

Dr Ali Johnston of the BTO, the paper's lead author, said: "Here we show that many recent changes to UK bird populations have been driven by climate and that these impacts are set to continue into the future, leading to some large population declines for several species. However, there is also a positive message; we found that the measures we already have in place to conserve our seabirds and waterbirds are 'future-proofed' for a changing climate, and will also protect important populations in the future."

Dr Richard Bradbury, one of the RSPB authors on the paper, said: "These results add to the increasing evidence that the changing climate is already affecting a wide range of UK wildlife. Birds such as Kittiwakes and Arctic Terns are struggling to find food as ecosystems change, and this will be exacerbated as the climate warms. We need to bring down our carbon emissions, but we also need to help species adapt to the changes ahead. We are already developing a range of practical management methods on our nature reserves to help us to meet this challenge across special sites, including the SPA network."