A new study has found that North American Barn Swallows are now proliferating in Argentina, having switched their entire annual cycle by six months.

Barn Swallow, a ubiquitous hirundine found on every continent except Antarctica, is well-known for its impressive migratory feats and is a worldwide symbol of the changing seasons. Individuals of the North American subspecies erythrogaster typically travel over 12,000 miles every year, journeying to North America and back from Argentina, where they spend the boreal winter.

The research, published in Current Biology, states that a new population of swallows near Buenos Aires, established only about 30 years ago, has adapted both its migration cycle and its breeding cycle in a dramatically short time. The birds in this population have shortened their migrations by more than a third, travelling only to the equator for winter before heading back south to Argentina to breed. The birds were tracked using software developed at Cornell Lab of Ornithology. 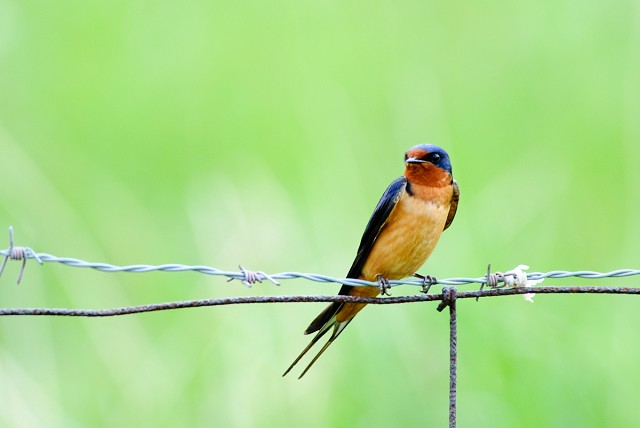 Dr David Winkler, lead author on the study, told phys.org: "This population of Barn Swallows has dramatically changed its annual migration and its annual cycle, both recently. It raises questions about what mechanisms are behind changes in these characteristics.

"Most biologists are conditioned to think that changes this extreme must be a result of some drastic change that necessitates adaptation, via natural selection over many generations, but that doesn't seem to be the case here. And when a change like this occurs so rapidly, we have to ask, how much of this could be changed by individuals in a single lifetime?"

Winkler and his colleagues have found evidence that some northern-born swallows are migrating south and joining the new population to breed in Argentina, rather than returning north. Despite this, the researchers suggest that this new Argentine population could be a step towards a new species of Barn Swallow. "Rather than interpret this new swallow population as a mere oddity, this colonisation may be the initial phase of an evolutionary process," Winkler explained.

The team cited that it is probably the expansion of human infrastructure that has made Argentina so inviting to Barn Swallows over the past 50 years, with increased bridges, building eaves and barns giving them far more opportunities to nest.