Breeding Bird Survey shows Britain's wagtails are on the decline

The latest Breeding Bird Survey (BBS) annual report shows all three UK breeding wagtail species are in long-term decline. However, the reasons behind these trends are not clear. Our three wagtail species are: Yellow Wagtail, a farmland bird that migrates to sub-Saharan Africa; Grey Wagtail, a river specialist; and the familiar Pied Wagtail. The races of both Pied (yarrellii) and Yellow Wagtail (flavissima) that breed in the UK nest almost nowhere else in the world.

Yellow Wagtails are in severe decline, and these latest BBS figures reveal a 43% reduction between 1995 and 2012. Research suggests that changes in agricultural practices have driven this decline, but the species is a long-distance migrant so conditions overseas cannot be ruled out. Grey Wagtail, which has been on the Amber list of Birds of Conservation Concern since 2002, has shown a decline of 32% since the start of the survey and Pied Wagtail a shallower decline of 11%. Both Grey and Pied Wagtail BBS trends match closely those of the more riverine focused Waterways Breeding Bird Survey (WBBS) which has recorded a rapid decline of both species along rivers and canals. The Pied Wagtail decline is steeper in the WBBS trends than the BBS trends, which covers all habitats, suggesting that there might be a common factor affecting both species relating to the riverine habitat. 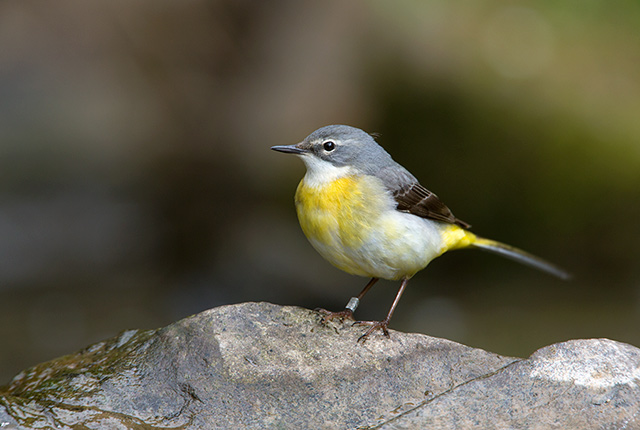 Population trends for 110 bird species across the UK have been calculated in the latest BTO/JNCC/RSPB Breeding Bird Survey report, using counts made by volunteer birdwatchers. This is the main scheme for monitoring the population changes of the UK's common breeding birds.

The 1995–2012 BBS trends for Grey Partridge and Skylark show that both of these farmland species remain in decline, falling by 56% and 24% respectively. Research into both species has identified agricultural intensification as a key factor in their decline, and management solutions that are effective at local scales have been developed for each. Most notably, unsprayed conservation headlands in cereal crops to provide chick food for Grey Partridge and undrilled patches, known as 'Skylark plots' which provide access into dense winter cereal crops for Skylarks. Such management has been included in agri-environment schemes, such as Environmental Stewardship in England, for several years, but has clearly yet to reverse the population declines. 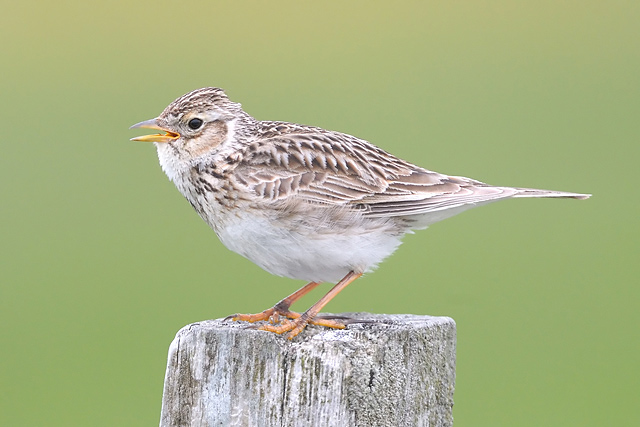 Sarah Harris, BBS Organiser at the British Trust for Ornithology, said: "I find it fascinating that three seemingly similar birds, the Yellow, Grey and Pied Wagtail can lead such different lives and face such a variety of challenges. With the UK races of two of these species — Pied and Yellow Wagtails — being largely confined to our islands, these population changes are of global conservation significance. The Breeding Bird Survey is an invaluable tool for assessing the annual and long-term population trends of common UK breeding birds and can be used as a baseline for further, more species-specific research. Of course, none of the 110 UK species trends would be possible without the thousands of dedicated BBS volunteers carrying out the survey across the UK."

Deborah Procter, Senior Monitoring Ecologist at the Joint Nature Conservation Committee, added: "The Breeding Bird Survey provides a rich source of scientifically robust data to help understand the conservation status of UK birds. As this years 20th anniversary report shows population trends from the BBS enable us to investigate how species respond to multiple challenges, not only in the UK but further afield. I would also like to thank all the dedicated recorders who collect data for the BBS year on year and to the team at BTO who support the network and analyse the data."

Dr Mark Eaton, RSPB Principal Conservation Scientist, said: "This survey is most valuable for showing us trends stretching back nearly 20 years. However, it is also provides a snapshot into changes between years, and this report reveals that 2012 was clearly a bad year for some of our breeding birds. A cold spring followed by the wettest summer on record have to be prime candidates for why many species showed a significant decline in 2013. Of the 36 species which showed a significant change in numbers between 2012 and 2013, 34 decreased. For some species, such as turtle dove, these recent falls compound long-term declines."