Redstarts, characteristic birds of Welsh woodlands, enjoyed a successful year in 2010. Latest figures from the BTO/JNCC/RSPB Breeding Bird Survey (BBS) reveal that numbers increased by 28% between 2009 and 2010. However, Skylarks, Meadow Pipits and Starlings are declining.

In 2010, numbers of the amber-listed Redstart reached their highest levels in Wales since the start of the BBS in 1994, perhaps due to above-average rainfall in their wintering area, the Sahel region south of the Sahara. Redstart is just one of 53 species monitored by the BBS in Wales, and the latest figures show that 2010 was a good summer for many other birds in Wales, with species as diverse as Blackcap (+22%), Rook (+59%) and the red-listed Tree Pipit (+83%) and Linnet (+38%) increasing in numbers between 2009 and 2010. 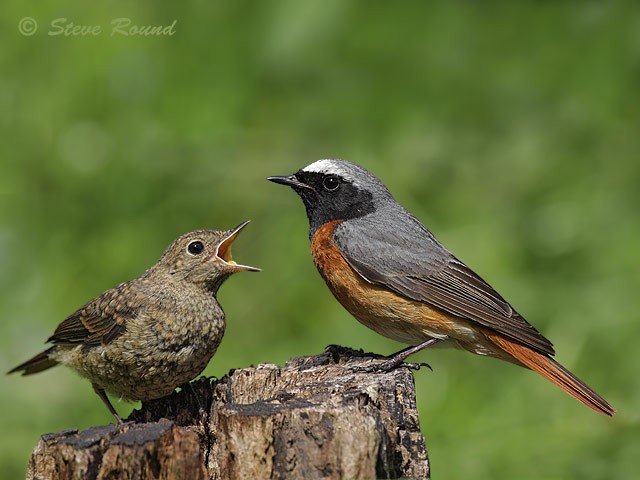 However, not all birds are doing well in Wales. Three birds of open countryside — Skylark, Meadow Pipit and Starling — have all fallen to their lowest levels in Wales since the start of the survey, showing declines of –20%, –16% and –63% respectively since 1994. These declines are particularly worrying, as all three species are red- or amber-listed birds of conservation concern.

Kate Risely, BBS organiser at the British Trust for Ornithology, commented: "We owe this knowledge of bird population trends to dedicated volunteer birdwatchers who take part in the Breeding Bird Survey in Wales. Their records help us to build a detailed picture of how our bird populations are responding to environmental pressures."

Half of Scotland's Wrens lost in recent cold winters

Harsh winters have devastated Scotland's Wren population — latest figures from the BTO/JNCC/RSPB Breeding Bird Survey (BBS) show that numbers fell by 40% between 2009 and 2010.

As one of Britain's smallest birds, Wrens lose body heat very easily. During cold winters they are known to roost huddled together for warmth, but, despite this, mortality during harsh weather is often high. Fortunately, they are also able to reproduce very quickly, so numbers often bounce back when conditions improve. Numbers of Stonechats also fell by 77% between 2009 and 2010, following several years of increases — presumably also due to cold winters. 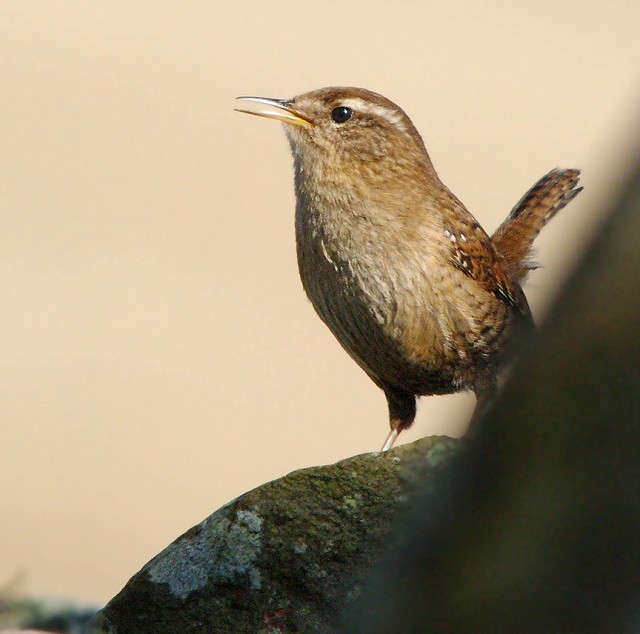 Wren and Stonechat are just two of the 60 species monitored by the BBS in Scotland, and the latest figures also show that two amber-listed upland birds, Meadow Pipit and Curlew, have fallen to their lowest levels since the start of the survey, showing declines of –31% and –53% respectively since 1994. However, a number of other species are doing better in Scotland than in the rest of the UK, including the red-listed Tree Pipit (+51% since 1994), House Martin (+114% since 1994) and the amber-listed Willow Warbler (+21% since 1994).

Dr Andy Douse, Ornithological Policy & Advice Manager at Scottish Natural Heritage, commented: "The 2010 BBS report yet again highlights the tremendous contribution made by volunteers to bird recording in Scotland. The results clearly show the short-term effect of the recent hard winters, yet also provides powerful testimony to the effects of other, longer-term changes in the Scottish countryside. We simply wouldn't be able to understand the magnitude and scale of these changes without the many hours of surveying carried out by committed volunteers."

Chiffchaffs are the latest species to be monitored by the BTO/JNCC/RSPB Breeding Bird Survey (BBS) in Northern Ireland. Thanks to surveys made by volunteer birdwatchers, we are now able to calculate a population trend for Chiffchaff in Northern Ireland — numbers of this tiny bird have increased by 11% since the start of the survey in 1994. The closely related Willow Warbler, however, has increased by 84% over the same time period, and is by far the commoner of the pair in Northern Ireland. This is in contrast to the situation in England, where the amber-listed Willow Warbler is the rarer species of the two. 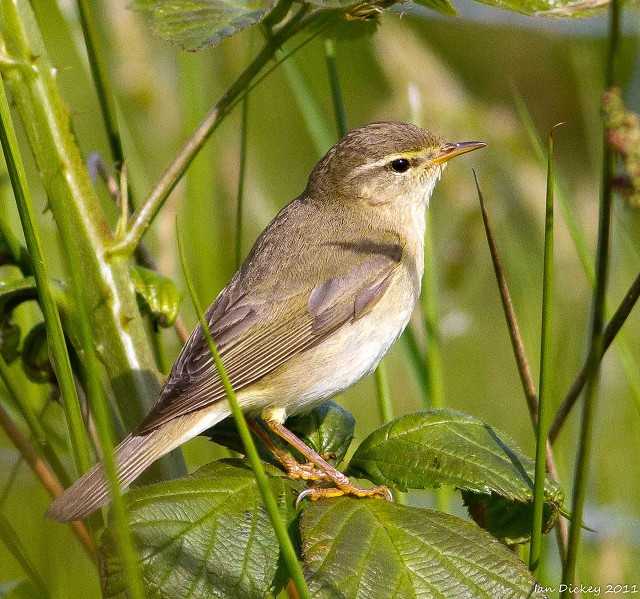 Chiffchaffs and Willow Warblers are just two of 30 species monitored by the BBS in Northern Ireland, and the latest figures show that other birds have shown declines, including the red-listed Skylark, which has declined by 36% since the start of the survey in 1994. Dr Mark Eaton, Principal Conservation Scientist in Species Monitoring and Research at the RSPB, said: "The BBS tells us that many of our greatest conservation concerns are for common and widespread species, which we might otherwise take for granted. These BBS trends allow us to set conservation priorities and focus our research."