British Trust for Ornithology fundraisers hope that an auction of second-hand bird books will raise £30,000 for the new national Bird Atlas project. The sale will take place at Keys' of Aylsham (Norfolk) on Friday and will be the biggest fundraising event with which the BTO has ever been involved.

Book-lovers from across the UK will be in Norfolk on 20th June to bid for books from one of the finest collection of bird books to come onto the market recently. They will be joined on the phone and internet by bidders from around the globe. It is expected that a number of lots will each raise several hundreds of pounds and that the auction will raise £30,000.

This collection of books is being sold in aid of the British Trust for Ornithology's Atlas Appeal, which currently stands £380,000 short of its target of £1,150,000. The appeal will fund a joint BTO-led project to survey the birds of the British Isles. This is the first such survey for twenty years. It is estimated that 50,000 birdwatchers will contribute their bird sightings over the four years of the project. Bird Atlas 2007-11 is a joint project of the BTO, the Scottish Ornithologists' Club and BirdWatch Ireland.

The largest part of the auction will involve the sale of one person's collection of twentieth-entury bird and natural history books. The donor had been planning to leave his personal library to the BTO in his Will but decided to sell the books now in support of the Bird Atlas project. The donor, who has been a BTO volunteer for fifty years, said: "The Bird Atlas is the most important project that the BTO has ever taken on. These periodic stock-takes of the birds of Britain & Ireland provide vital information for conservation planners. As a volunteer, I was heavily involved in the BTO's first atlas, organising survey work for a county in the summers of 1968 and 1969. This is my way of making a major contribution forty years on." 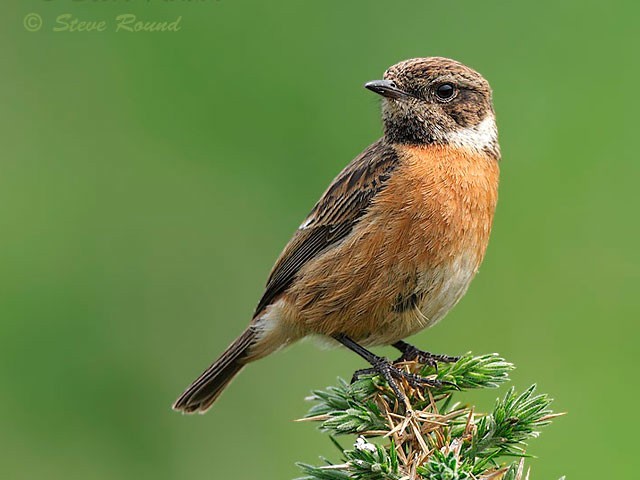 The donor has just been revisiting his atlas squares of forty years ago, as part of the work for the new atlas. "So much has changed in forty years. I did not see a Starling or a Lapwing in the 100 square kilometres that I surveyed. There were hardly any other waders and far fewer Stonechats and Whinchats. On the other hand, there were many more waterbirds, especially Canada Geese and Great Crested Grebes. These are just the things that I noticed in one corner of Britain. Bird Atlas 2007-11 will give us a complete picture of how climate and land-use changes have affected birds nationwide."

Graham Appleton, Head of Fundraising & Publicity for the BTO, said: "The sale of this collection will make a huge contribution to the Bird Atlas. If we can raise £30,000 on 20th June then that will help to fill the £380,000 gap that we still have in the funding for this project. BTO members understand just how important it is to undertake this mammoth bird-mapping exercise and many of them have donated extra books for the auction. We are grateful to everyone who has supported this event, and particularly to Keys' of Aylsham for hosting this sale."

Listed for sale is a valuable and extensive collection of natural history books, mainly twentieth century ornithology, to be offered in nearly 500 lots, including:

The Sale takes place at Keys Aylsham Salerooms on Friday 20th June, commencing at 11am. Viewing is Wednesday 18th June, 9am-5pm, Thursday 19 June, 8am-7.30pm & sale morning from 8.30am. Bids can be made in person, by telephone and over the Internet.

For further details of the auction please contact Keys' of Aylsham on 01263 733195. The catalogue is published online at here. For more details about the books please contact Andrew Bullock of Keys.