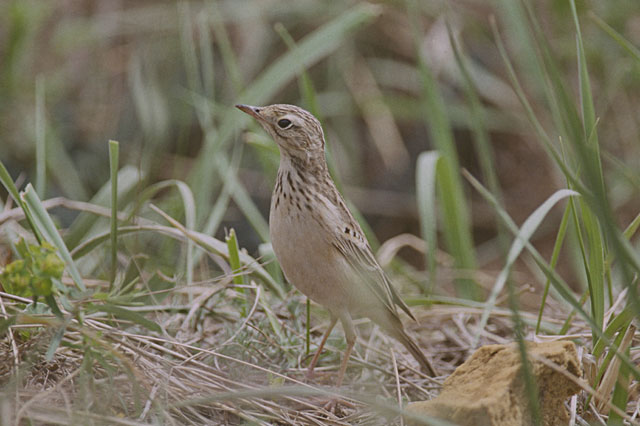 Relatively few birds on the British list can challenge the identification abilities of their finders quite as much as Blyth's Pipit. With just over a dozen accepted records, this species is one with which few of us can claim to be familiar. Earlier claims in Britain generated large amounts of discussion regarding their identification, with the status of this enigmatic species in limbo for quite a few years before a batch of records were finally accepted by the BBRC in the mid–1990s. 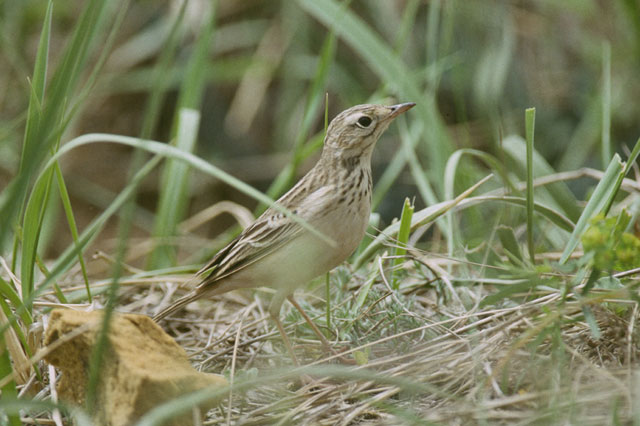 The breeding range lies in Mongolia and adjacent parts of Russia and China. It winters in most of India, Sri Lanka, Bangladesh and Myanmar. As a vagrant to northwest Europe the majority have been in late autumn and early winter, somewhat later than the main arrival of Richard's Pipits. This is perhaps surprising since Blyth's is an early migrant, with most leaving their breeding areas in August, with some lingering to mid-September. Arrival in the winter quarters takes place from early September onwards.

In Britain the first was picked-out by the keen eyes of Kenneth Williamson whilst examining specimens of Tawny Pipit at the British Museum in 1963; it had been obtained at Brighton (Sussex) in October 1882. The accepted British records (to the end of 2004) are as follows:

A better understanding of the field features has led to more being identified with confidence. It seems likely that birds are overlooked, due to the subtlety of identification, and despite its apparent rarity it is likely that it will become more regular in the future.

The identification of this tricky pipit has been covered in detail elsewhere, and we are pleased to be able to present a paper on Blyth's Pipit identification first published by the journal British Birds and written by Dr Colin Bradshaw of the British Birds Rarities Committee. Click here to read a PDF of the article (please note that this file is 1.3MB in size). 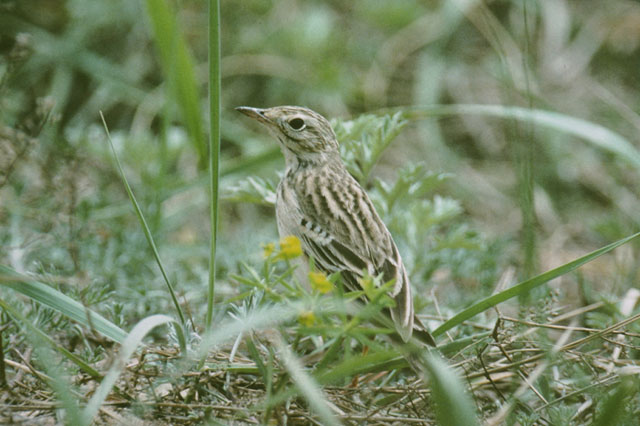 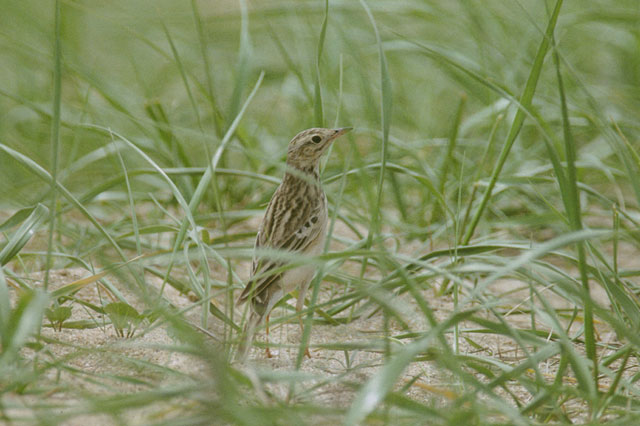 British Birds (BB) is a monthly journal for all keen birdwatchers. Articles are published on a wide variety of topics, including behaviour, conservation, distribution, identification, status and taxonomy. Contributors include both professional and amateur ornithologists, and content is always abreast of current ideas and thinking, yet written in a clear and simple style which is easy to interpret. BB is regarded as THE journal of record in Britain, and includes the annual reports of the Rarities Committee and the Rare Breeding Birds Panel. For more information, see the British Birds website.
Written by: Russell Slack, PDF article by Dr Colin Bradshaw