Blue Tits are number one

63879551-dcd6-45ab-b585-c7e4782229d9
A grand total of 142,729 Blue Tits were ringed in Britain and Ireland during 2010, putting the species firmly in the number one spot of the latest Ringing Report. There was then a sharp drop to second place with 80,334 Great Tits ringed last year. Chaffinch, Swallow and Blackcap came in third, fourth and fifth respectively. Overall, more than one million birds of over 260 species were ringed in Britain and Ireland in 2010. 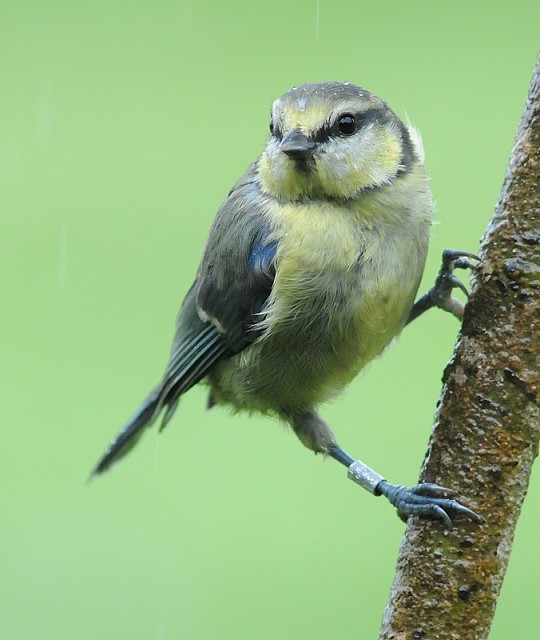 Oddities ringed over the period include a Pectoral Sandpiper, a Red-eyed Vireo, a Blackpoll Warbler, two Black-throated Thrushes and no fewer than eight Red-flanked Bluetails.

The online ringing report also brings in some new features: in the 'ringing totals by species' section, the number of different species and number of different individuals that have been ringed in each year since 1909 can be seen. You can find out, for example, that in 1909 just twelve Blue Tits were ringed; a mere 0.008% of the 2010 total!

Content continues after advertisements
Data is available for ever year, which makes for some interesting trends. Here, for example, is a graph put together using the data from the online ringing report for the number of Little Egrets ringed in Britain and Ireland. The first individual was ringed in 1970; the number ringed in 2010 was a staggering 199. 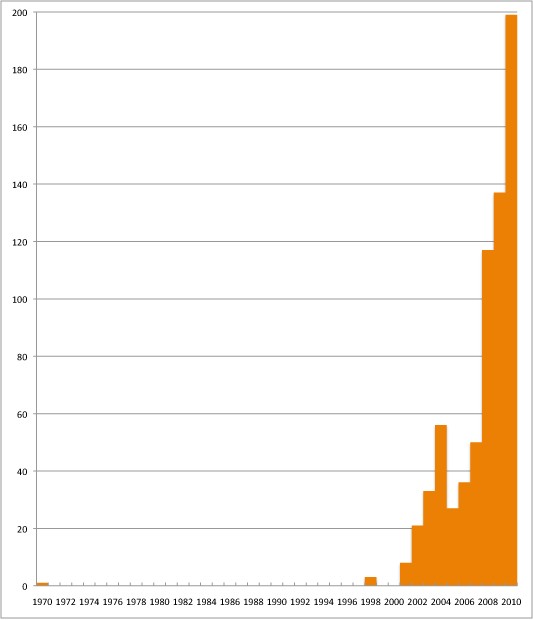 You can also search for totals by county or nation — it's quick and simple to search for, for example, the number of Song Thrushes ringed in Norfolk in 2009 (528) or the number of Redstarts ringed in Wales in 2008 (342). Totals for everything are broken down into pullus (a young bird still in the nest), juvenile, adult and unaged. In the case of Redstarts in Wales, 307 were pulli, 15 were free-flying juveniles and 20 were adults.

And, of course, the online ringing report also includes totals for birds recovered — those seen or caught again following ringing. The high recovery rate for Spoonbill, with 148 reports of ringed individuals in 2010, is undoubtedly thanks to birder's increasing willingness to note down details of colour-ringed birds in the field.

The 2010 BTO ringing summary can be viewed online at http://blx1.bto.org/ring/countyrec/results2010/ringUK2010.htm.

The online ringing reports, including data from 1909 onwards, can be accessed online at http://www.bto.org/volunteer-surveys/ringing/publications/online-ringing-reports.

If you find a ringed bird or see a colour-ringed bird, ring details can be submitted online at: www.ring.ac